A Musical Tribute To Arizona Violinist Jane Hilton, A Friend To Many

Download mp3 (9.4 MB)
(Photo by Scott Morrow)
Jane Hilton was a fixture in the Phoenix music scene, known for her work at KBACH and for her violin playing with countless bands and friends. She was 40 when she died in November.

When Jane Hilton died late last year after a long journey with cancer, our sister station KBACH didn’t just lose a producer and announcer. And the Valley didn’t just lose a well-known violinist. So many people lost a friend. I did, too.

I miss Jane. I miss her honesty, her creativity and her unrelenting optimism. I miss that day we tried to make cute cut-out Christmas cookies and wound up with dozens of colorful little monsters instead.
But I can still connect with her a bit — just by pushing play.

“Together” is a compilation CD —18 of Jane’s favorite songs she played with musicians around the Valley over the years. There’s folk and rock, bluegrass and a whole lot of Jane’s fiddle tunes. It’s a beautiful tribute from her musical friends, which Jane never envisioned would be a memorial. Instead, she saw it as a way to help save herself, with proceeds going to some of her favorite nonprofits — and to cancer treatments that seemed to be working, but her insurance had stopped covering.

After Jane died, her sister, Ingrid Melle, stepped up and took the reins of the project.

“When I promised her that I would help her out, when she was alive, with this,” Ingrid said. “I don’t break a promise.”

Jane had already picked out the songs, and had started to contact the musicians involved. Ingrid said many had no idea Jane was facing cancer again, after years of remission. 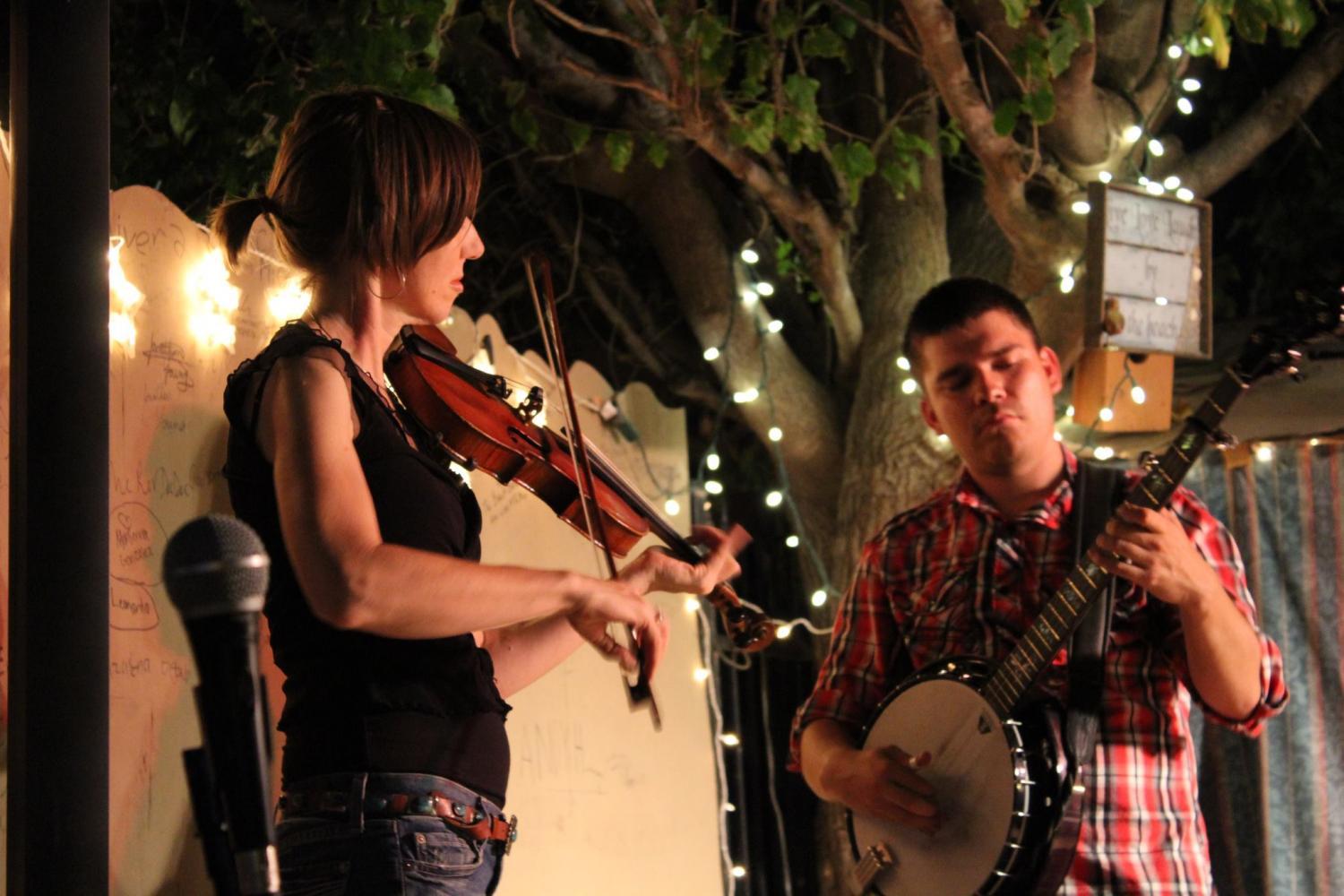 (Photo courtesy of the Hilton family)
Jane performs at the Beach House Review, a community jam, back when she was feeling healthier. She played her violin until a month before she died.

Everyone who knew Jane well knew that, like Shelby James Graber of the band Shelby James and the Crying Shames. You can hear him and Jane on two of the CD’s tracks.

“Musically, it was definitely one the closest relationships I’ve ever had,” he said. “You know, we played duo gigs all across the Valley, from really nice places to — we played a meat raffle in Mesa one time.”

That was right after Jane was first diagnosed with breast cancer at 34. Graber remembers they played for hours, surrounded by plumes of cigarette smoke. But Jane didn’t complain. At one point, they just looked at each other and busted up laughing.

“We ended up having a great time,” he said. “She found the best in almost every situation, and every person, or every dog that she came across. She had a knack for finding the silver linings.”

And that didn’t change when Jane got sicker. She kept playing, too, right up until a month before she died. Darin Mahoney, also on the CD, remembers Jane stopping by his house not too long ago. She was wearing her big sunglasses and a hat, and carrying her violin.

“And of course as a friend, you want to say ‘Well, so how ya doing?’” he said, looking back. “And she just kind of looked up and said, ‘I just want to play music and be positive.’”

They created one of Jane’s last musical collaborations. They each had written a song, with the intention of asking the other to play on it. They ended putting the tunes together because, somehow, they blended seamlessly.

Jane had already taken a bad turn when Darin brought her a copy. They listened to it together in his car.

“You could just see this huge smile,” he said. “As the song faded out, I looked over, she was crying. She was happy, and she looked over, and she said it was perfect.”

They called it “Grace.” And Darin later played it for Jane as she lay in intensive care, eyes shut, barely moving. When she heard the song, Darin said she opened up an eye, and smiled one last time.

“And then she closed her eyes,” he said.

Jane died shortly after. She was 40 years old. Less than two weeks later, a concert was held in her honor. More than 500 people came. Shelby James Graber was one of them.

“The legacy she really will leave behind is just in the lives of the people she knew,” he said. “I mean she just left a huge imprint on their lives.”

Including mine. We love you, Jane.

Proceeds from Jane Hilton's CD, “Together,” will go toward two local nonprofits. Jam Pak is a children’s bluegrass band, where Jane had taught. The Joy Bus serves delivers healthy meals to home-bound cancer patients. The CD can be purchased at The Joy Bus Diner and at www.janehilton.bandcamp.com.