The dream of a career in the big leagues draws thousands of teens out of Dominican public schools and onto the baseball diamond.

When players report to Major League Baseball academies they’re expected to bring their bats and now increasingly, their books.

On top of practice, players spend up to 12 mandatory hours a week in the classroom. It’s a change the Mets made back in 2006. Henderson said it was difficult to explain to baseball obsessed young men.

“What? But I quit school to play baseball, and I have to go back to school?”

'Education Makes Sense For Our Business'

At any one time, there are about 1,000 young men training at MLB camps about an hour outside the country’s capital.  The country is the largest source of Major League baseball players outside of the United States.

Hansel Moreno, 20, is an aspiring shortstop out of Santo Domingo training with the Mets. 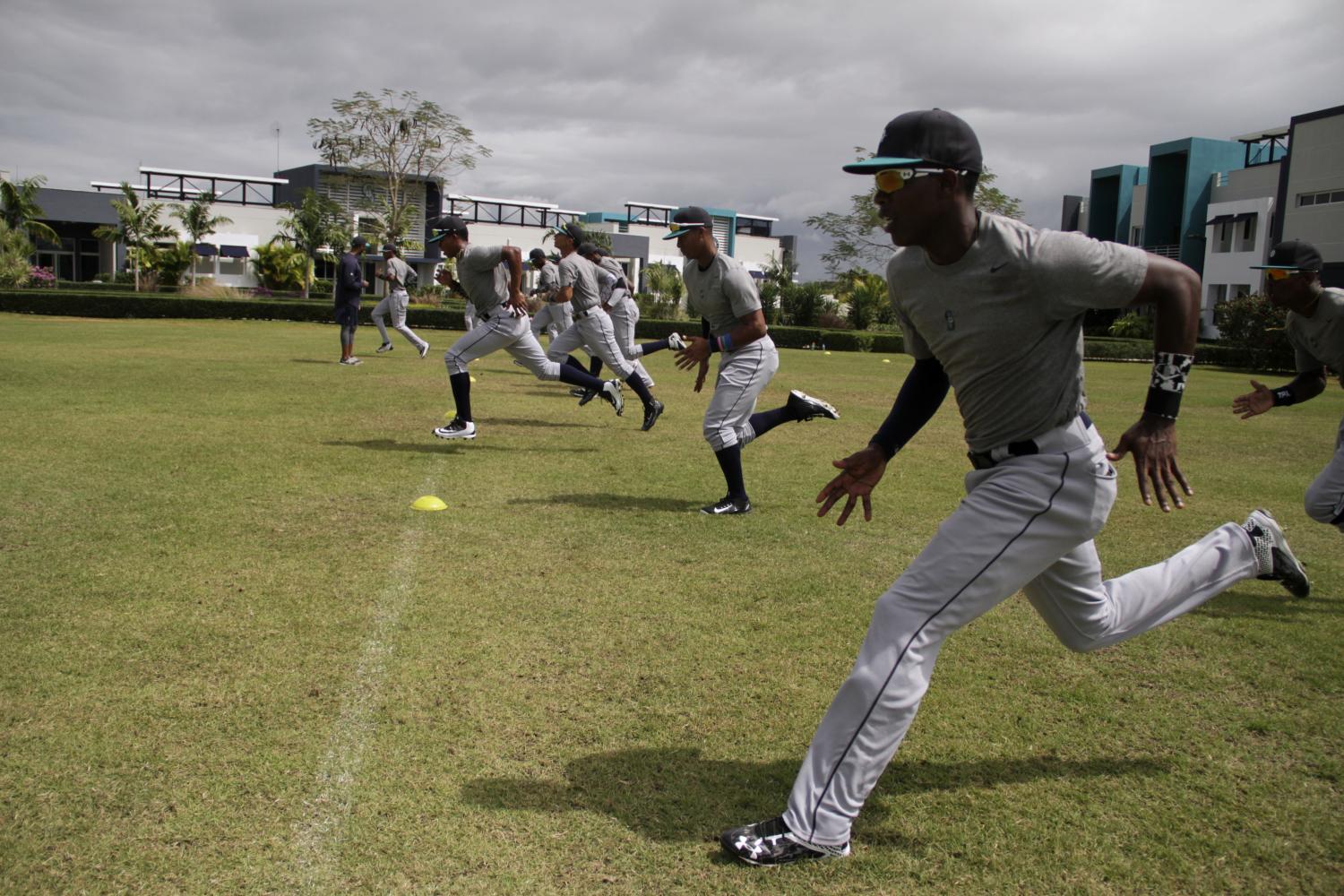 (Photo by Mariana Dale - KJZZ)
Recruits work out at the Seattle Mariners Academy.

“I want to like it a lot because it’s my future, it’s my passion, my dedication so I can help my family,” Moreno said in Spanish.

Just 5 percent of players in Dominican academies will ever make it to the major leagues, said Rafael Perez, a former pro who heads major league operations in the Dominican Republic.

The reality is most players leave the academies without a job and little idea of what to do next.

Even if Moreno isn’t part of that small sliver to make the big leagues, he’s already earned an advantage over many young men in the country. He earned his high school diploma.

As of this year, almost half of major league teams, including the Mets, offer players the chance to work toward their high school diploma. A few years ago, only six teams offered the path to a diploma.

“We’re not in the business of education, but education makes sense for our business,” Perez said. 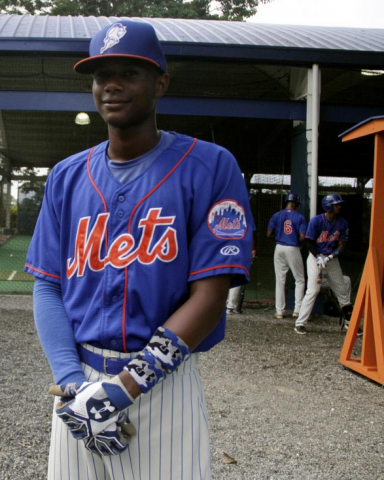 (Photo by Mariana Dale - KJZZ)
Hansel Moreno, 20, is an aspiring shortstop out of Santo Domingo training with the Mets.

“Critical thinking is the essence to any athlete,” Perez said. “You have to have the ability to make decisions in the split of a second.”

Chances are, many Dominican players are lacking those basic skills. UNICEF estimates only 57.7 percent of young men there are enrolled in high school. Some players don’t even have a sixth-grade education.

The Seattle Mariners is one of few that allow players to complete courses toward a diploma even if they’re cut from the roster.

It’s rare because released players can’t live at the academy while they continue their classes, they’re not making money from the team and home is likely far away.

“The country as a whole has a big issue with education. I mean, and players are just part of the population,” Perez said. “It’s not like they’re worse or better. They’re just part of it.”

A Diploma And A Career Off The Field

Young men at the Arizona Diamondbacks academy who scrape together enough classes for a diploma are treated to the pomp and circumstance of graduation. 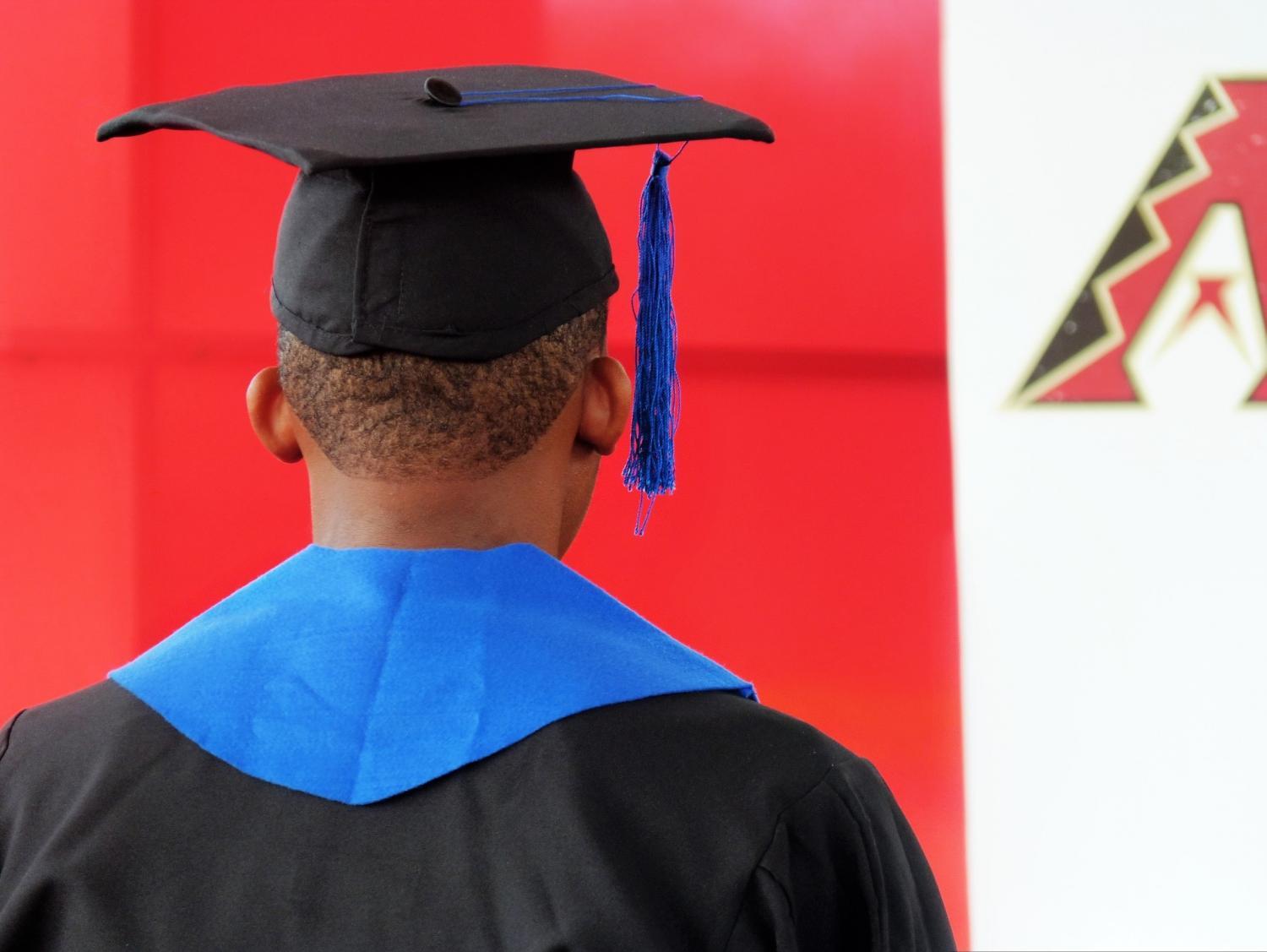 Perhaps even more exciting than the academic accolade was the chance to meet Baseball Hall of Fame pitcher Randy Johnson who spoke at the graduation.

“As these players lose their ability they’ll retire like I did, but they’ll still have their education to fall back on,” Johnson said.

Merkis Montero is the second person in his family after his brother to graduate. He said he feels good, thank God.

“They’ve put a lot into education. It's gone well for us here,” he said in Spanish.

Montero’s career with the Diamondbacks started in 2013 and the next year the pitcher was an all-star in the Dominican summer league. But that ended in 2016, when he was released from the team.

Montero said he’s not entirely sure what he’ll do next. He wants to continue his studies, maybe become a doctor or a lawyer.

He said he played because he loved the game, but also because "it’s a way to help your family quickly with good money.”

Montero will now have to transform the diploma in his hands into a career off the field.

Players Born Outside The United States

In 2016, 238 players representing 18 countries were on MLB rosters on Opening Day. The Dominican Republic had 82 players on pro teams, more than any other country or territory outside the United States. Click on a point to see how many players are from that country.