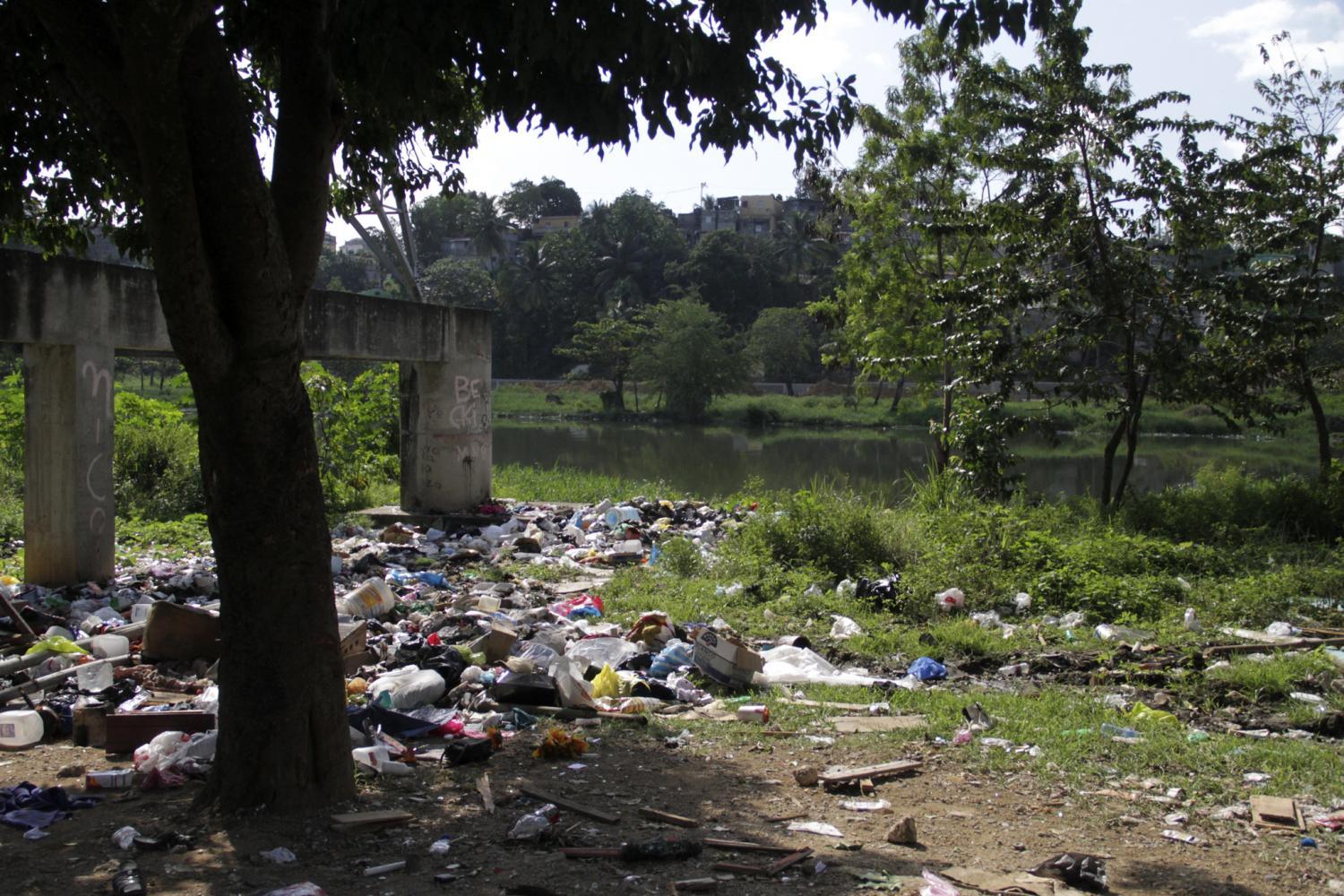 (Photo by Mariana Dale - KJZZ)
The Ozama River is calm on a February day, but during storms, water surges over the banks and floods nearby homes.

Concrete and tin homes huddle together along the banks of the Ozama River in the La Barquita neighborhood.

On this day, the water calmly passes by trash-strewn shore, but it’s not always that way.

“In the neighborhood we had many problems from the river because when the cyclones and storms came you were nervous because at any moment you could have to leave,” said Maria Isabel Reyes, who has lived there for 23 years with her family.

She has seen the water rise and stream into homes many times. When the floods receded, residents returned and began again.

But on Feb. 28, Reyes left La Barquita for the last time.

The Dominican Republic’s federal government has moved hundreds of families from the ramshackle neighborhood into a newly built community since it was inaugurated in June 2016.

Most importantly, it’s far from the reach of the Ozama River’s storm surges.

The World Bank estimates the Dominican Republic will be one of the country's most affected by climate change in the next three decades. Rising sea levels could wash away the country’s tropical beaches and the homes of its most vulnerable, but moving an entire community out of harm’s way is a complicated endeavor.

Reyes watched workers pack all the contents of her dingy lime green home into a van and tried to keep an eye on her children and grandchildren.

She said she feels a bit nervous. This is similar to the times she’s packed up before the storms, but now she feels like a prayer has been answered.

“We asked God to continue and also open the door that I could be placed in a more secure (place) because really, no there’s no safety in any form (here),” Reyes said. 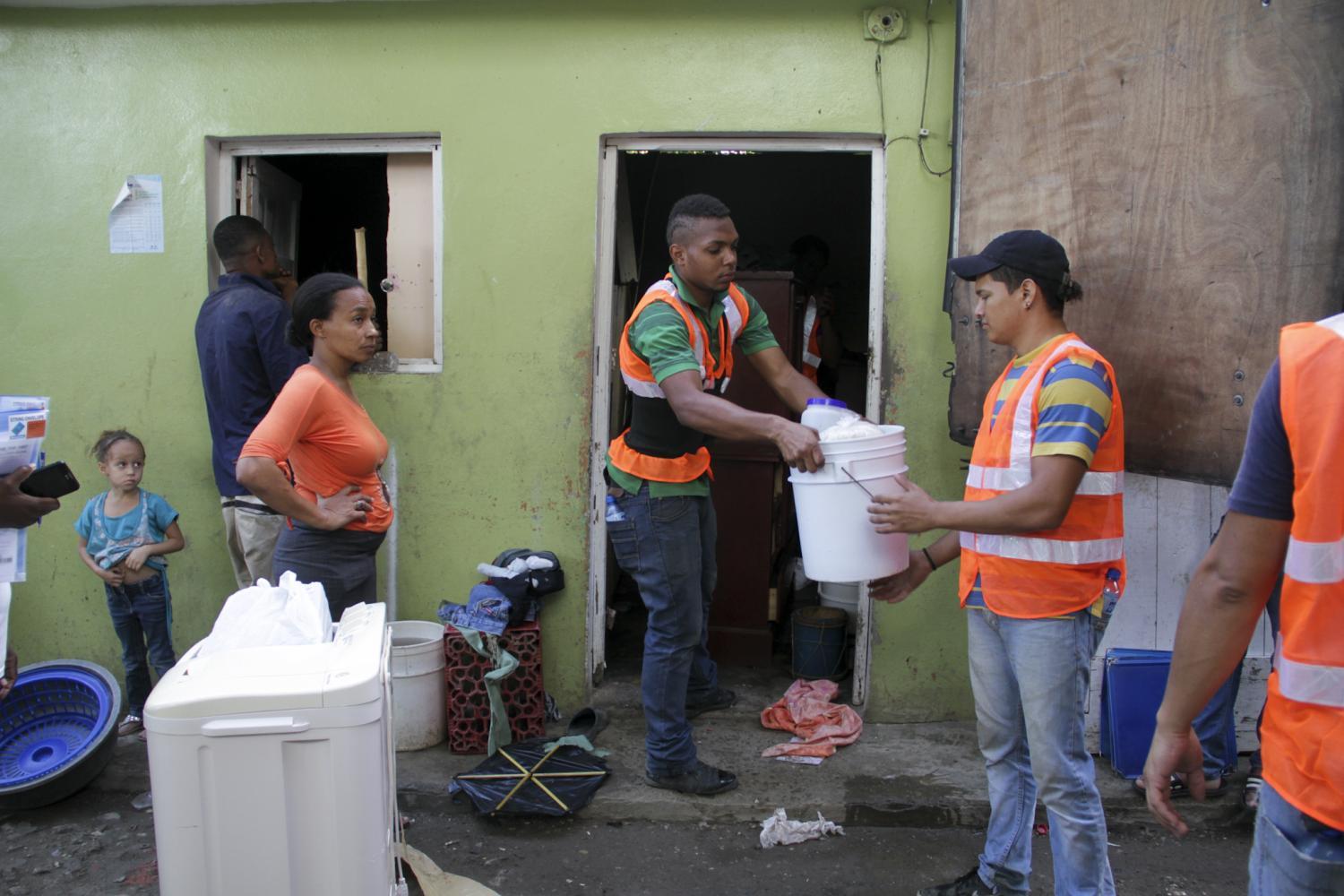 The move to new La Barquita fulfills a promise President Danilo Medina made to help the people of the impoverished neighborhood in 2012.

“The problem in the old La Barquita was that none of the presidents in the Dominican Republic’s past took into account that we were the people who live in a vulnerable neighborhood,” said Eridania Rosario Marcelo, who was president of the neighborhood board in La Vieja Barquita. “(We) didn’t have the tools necessary to live as we are living now.

As the families leave, workers demolish the homes. The area will eventually become a nature preserve.

Santo Domingo, the Dominican Republic’s capital, and where La Barquita is located, is considered one of the world’s top five cities vulnerable to sea-level rise.

Tropical storms of increased intensity increase the vulnerability of communities on the coast and the banks of the Ozama River.

She compares climate change to the boggart of the "Harry Potter" world, which changes into what a person fears the most.

“If you already have certain vulnerabilities those are likely to be where the biggest human costs are going to lie,” Klinsky said.

The Dominican Republic sees La Nueva Barquita as an answer to the housing crisis on the banks of the Ozama River.

“This is a pilot project and a project that will create a precedent both in this country and on an international level,” said Sigfredo Peña, a trainer who helps families complete their applications for housing in La Nueva Barquita.

There are risks to uprooting an entire community. In a way, the residents of La Barquita became refugees in their own country.

“Space is not a neutral background where action takes place,” said Roberto Barrios, who studies displacement and resettlement after disasters at Southern Illinois University.

People build relationships with their neighbors, their physical homes, their jobs. He said the people being moved, need to be considered partners in the rebuilding process.

“If we don’t listen to them we can perpetuate effects of disasters,” Barrios said.

For example, if people can’t find work near their new homes, it’s a negative in the long run.

Reyes expressed these worries as she left the old neighborhood.

“Then are they going to have to give me a job there or I don’t know what I will do to continue paying what I have to pay,” Reyes said.

Adjusting To A New Life

Residents had to complete workshops meant to help them adjust to their new life.

Eridania Rosario Marcelo was president of the neighborhood board in La Vieja Barquita. She said in the new neighborhood people need to keep their music down and throw away trash. 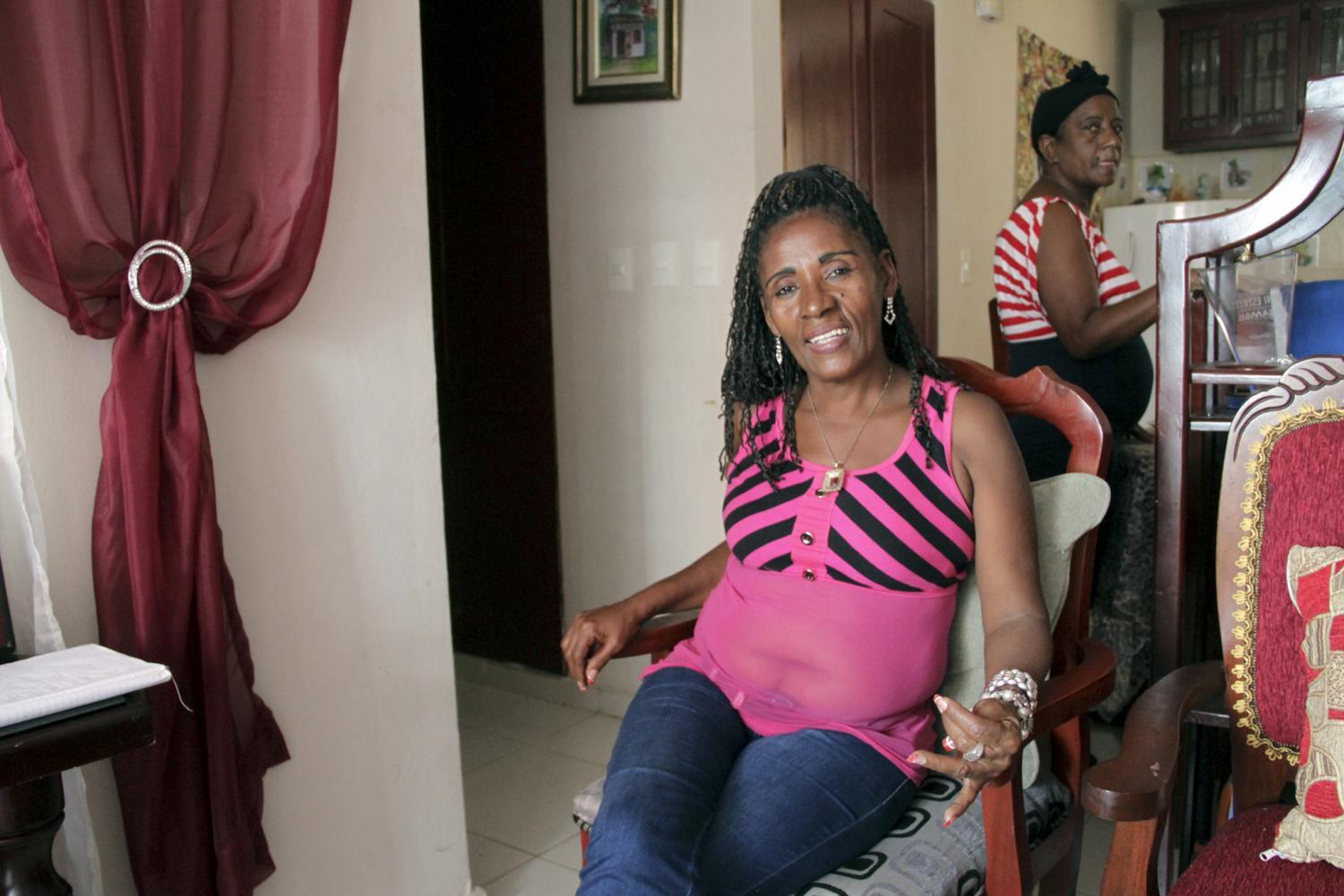 (Photo by Mariana Dale - KJZZ)
Eridania Rosario Marcelo was president of the neighborhood board in La Vieja Barquita.

There has been criticism of the new project — local media published reports from builders who say they weren’t paid on time, people who were excluded from the project and potable water rationing.

In March, a man was evicted after complaints from his neighbors escalated.

The multistory apartments of La Nueva Barquita look like pastel legos. On the first floor there are a handful of businesses selling snacks, clothing and groceries.

The streets are clean and kids flew kites, or as they call them, chichiguas, overhead.

Reyes's new home is on the second floor of a purple building.

"Everything is beautiful, thank God,” Reyes said in Spanish.

There’s a lot to do to make an empty apartment a home — boxes to unpack and furniture to arrange. She started with the getting the stove hooked up in the kitchen.

“There’s happiness, but there’s also hunger,” she said in Spanish.

It’s time for the first meal in her new home.