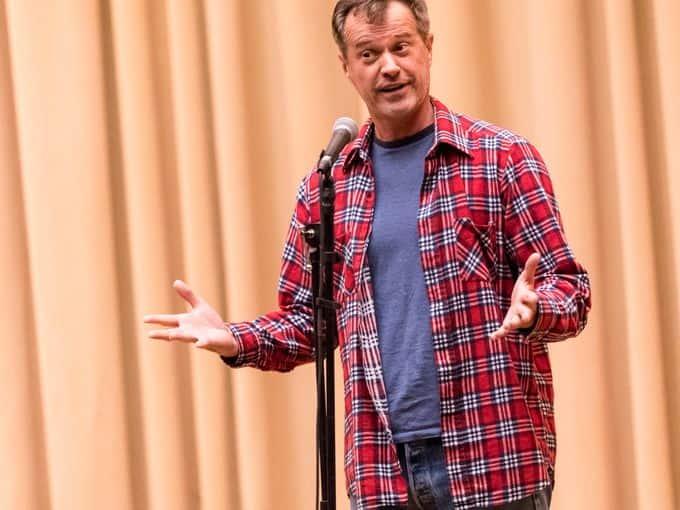 Carlos Salcedo/Arizona Republic
Charlie Steak shares his love of Christmas with a woman who hates it.

Charlie Steak said he fell in love with Christmas when he was six. And even after he was estranged from his family years later, Steak celebrated with anyone around him.

After college, Steak moved to a ramshackle house in northern California with a woman named Marla and her three kids.

They were very poor, and soon Steak learned that Marla hated Christmas partly because of that. She wouldn’t let him put up a tree or celebrate in any way.

But one year, Steak and Marla tried to make the holiday special for the kids, and it turned out okay.

But soon after, the house they were living in was sold. Steak moved to Oregon and Marla stayed in California.

Charlie Steak is a playwright and actor living in Phoenix.

The next storytelling event is Jan. 31, 2017, at South Mountain Community College.