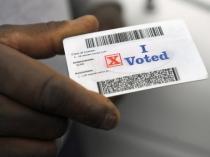 A federal judge ordered the election of the Mesquite District seat in the Peoria City Council primary to be stopped. The court granted a temporary restraining order claiming the election was unconstitutional because voters didn’t have the opportunity to vote for all of the candidates.

The argument was over Peoria’s complex resolution to the two incorrect ballots mailed to voters. Both of those previous ballots did not have candidate Ken Kreiger’s name on them. The city tried to rectify the mistake by sending out a third correct ballot with only the city council race. If a citizen decided to vote on the new ballot it would override any previous votes, but if someone who voted previously didn’t vote again their vote would have still counted. Judge David Campbell determined this infringed on voters rights.

Krieger said this issue is ultimately not about him.

“This is not about me per say. Yes I’m involved, but it’s the voter’s rights that are being taken away," Krieger said. "It’s the voters rights that should be... foremost in this whole argument."

Kreiger’s attorneys argued their client himself is a voter and is representing voters. Peoria defended its decision saying that the third ballot was fair because the directions on it were clear and the issue was so publicized people know about it.

Attorney Ellen Van Riper said furthermore Kreiger should have taken this issue to the state court not federal court.

“At that point in time, if Dr. Kreiger remains dissatisfied he was not the chosen one, then he can go right into state court and the state court has an accelerated process for adjudicating election contests,” Van Riper said.

The date for the special election for the Mesquite District is yet to be decided.