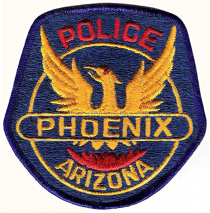 For the first time in five years, the Phoenix Police Department will be hiring new officers. The department has been losing about 50 to 70 officers a year for the past several years. Tight city budgets meant no new hires. Chief Daniel Garcia says even with the shortages, his department will be selective.

"We are looking for the best of the best," Garcia said. "Even if someone came to me with a pile of money and said go out and hire 500 officers, I wouldn’t take that. I’d rather hire 200 or 300 of the best people and not just open the doors and hire anybody."

The city plans to hire 300 officers over the next three years, and Garcia said that’s a minimum goal. He said the department has been losing 50 to 70 officers a year and hasn’t had the money to hire cops, until now.