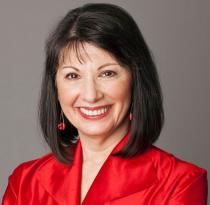 Gloria Feldt became nationally known for the impact she had as president and CEO of the Planned Parenthood Federation of America.

Now she is devoting a great deal of her time in her role as co-founder and president of Take the Lead to helping women get into more leadership positions across all sorts of sectors by 2025.

We spoke with Feldt about those efforts and how impactful Hillary Clinton’s loss in the presidential race could be.