It’s the end of the first quarter for a lot of Valley schools and Proposition 123 money has been parceled out to public districts. But where does that money go, exactly? In KJZZ’s new series, Inside Arizona Classrooms, we’ll follow along with teachers in public schools through the entire school year.

It’s 7:30 p.m. on a Thursday, and the four Ervin children take turns introducing themselves while they wait for their mom, Tracie Ervin, to get home. The children are ages 7, 8, 9 and 12, and if they aren’t chatting they’re playing computer games to pass the time. In the kitchen, spaghetti sauce is waiting on the stove, made by Ervin’s husband, Michael. 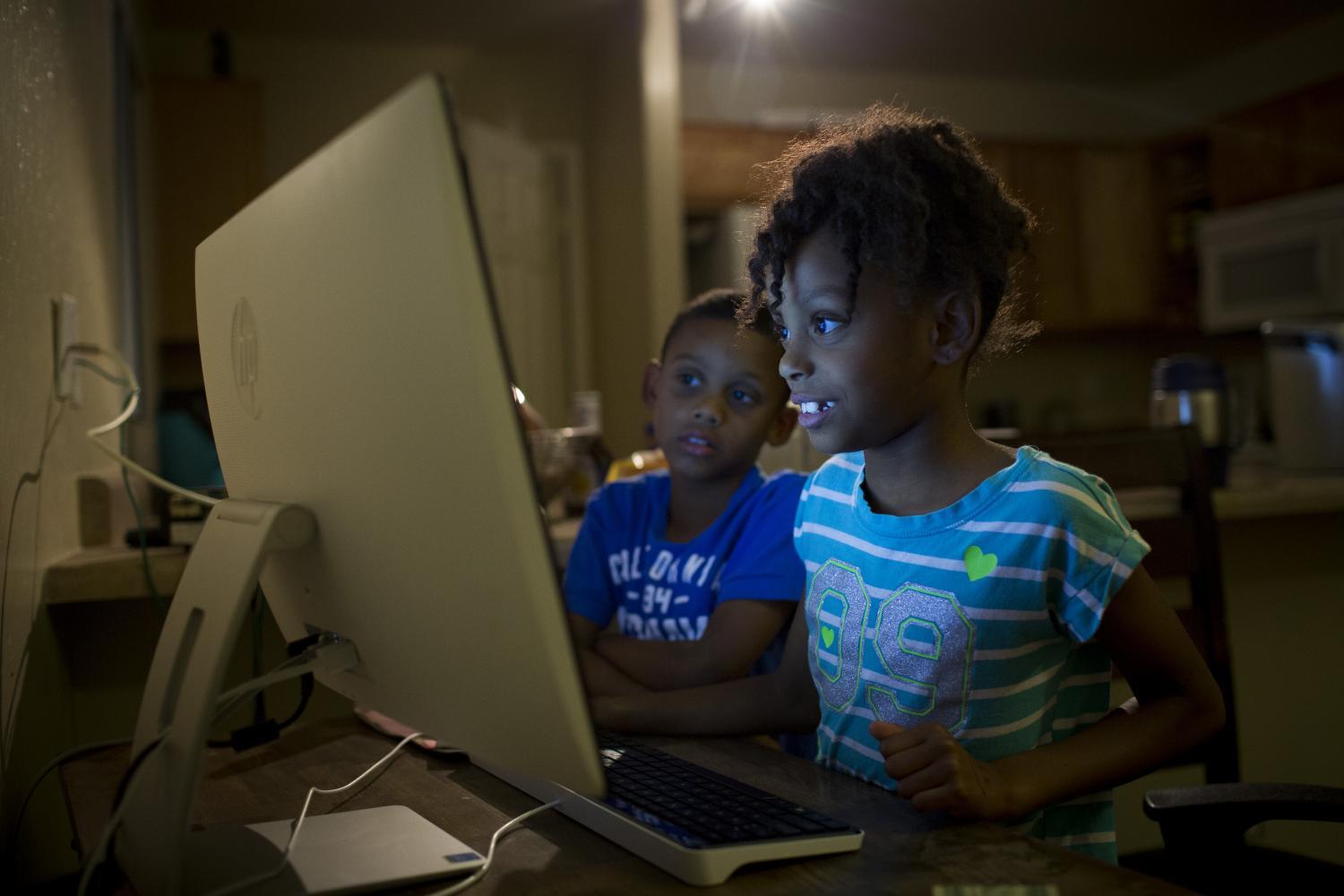 “The kids, it’s every five or ten minutes, ‘where’s mom, shouldn’t she be here right now?’” Michael Ervin said. “So yeah it’s tough from that standpoint but unfortunately it’s the situation we’re in right now.”

It’s not unusual for Tracie Ervin to come home this late — she’s a first year teacher at local elementary school Desert Oasis on the Northwest edge of Surprise. But when the door unlocked and she walked in, the house came to life.

“Hi guys!” Ervin exclaimed while she put her purse down. “How are you Megan, Logan, Michael?”

She made sure to hear every child out, and Ervin wasted no time asking each of her children how their day was. 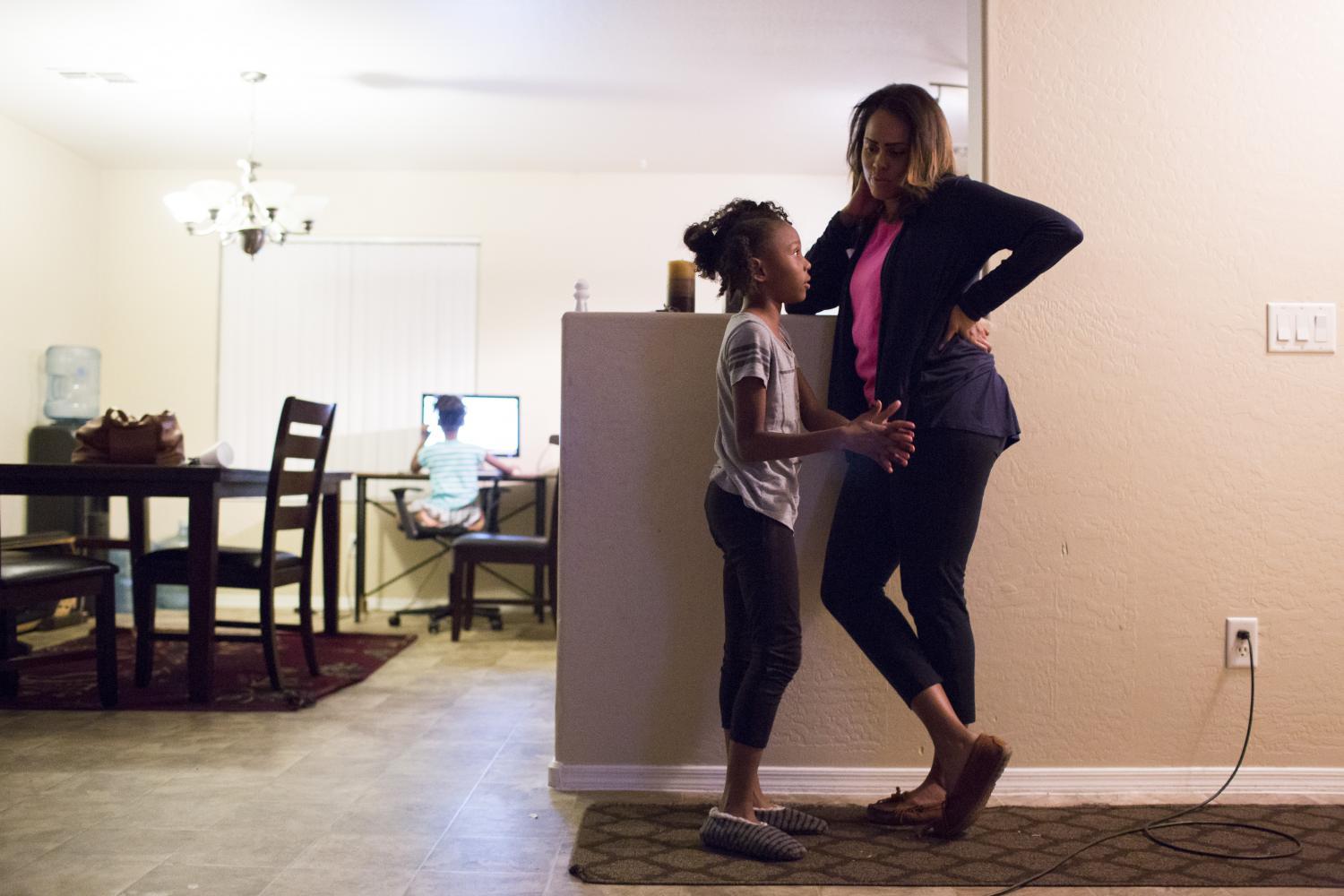 (Photo by Caitlin O'Hara for KJZZ)
Tracie Ervin catches up with her daughter, Megan, 9.

“Do you guys miss Mom?” she asked, to a resounding chorus of “Yes!”

It was a normal weekday scene at the first-year teacher’s home. Ervin has learned just how much time it takes to run a classroom — some times she comes home and goes straight to bed.

Those boundaries, she said, are things like not staying in the classroom past 6 p.m., except for two days of the week.

“All the way around, things have gotten a little better,” Ervin said. “I’m not going to say a huge change, but a lot has changed.”

Her youngest went to kindergarten at the school Ervin teaches now, but ultimately the Ervins decided to send all their children to charter schools. 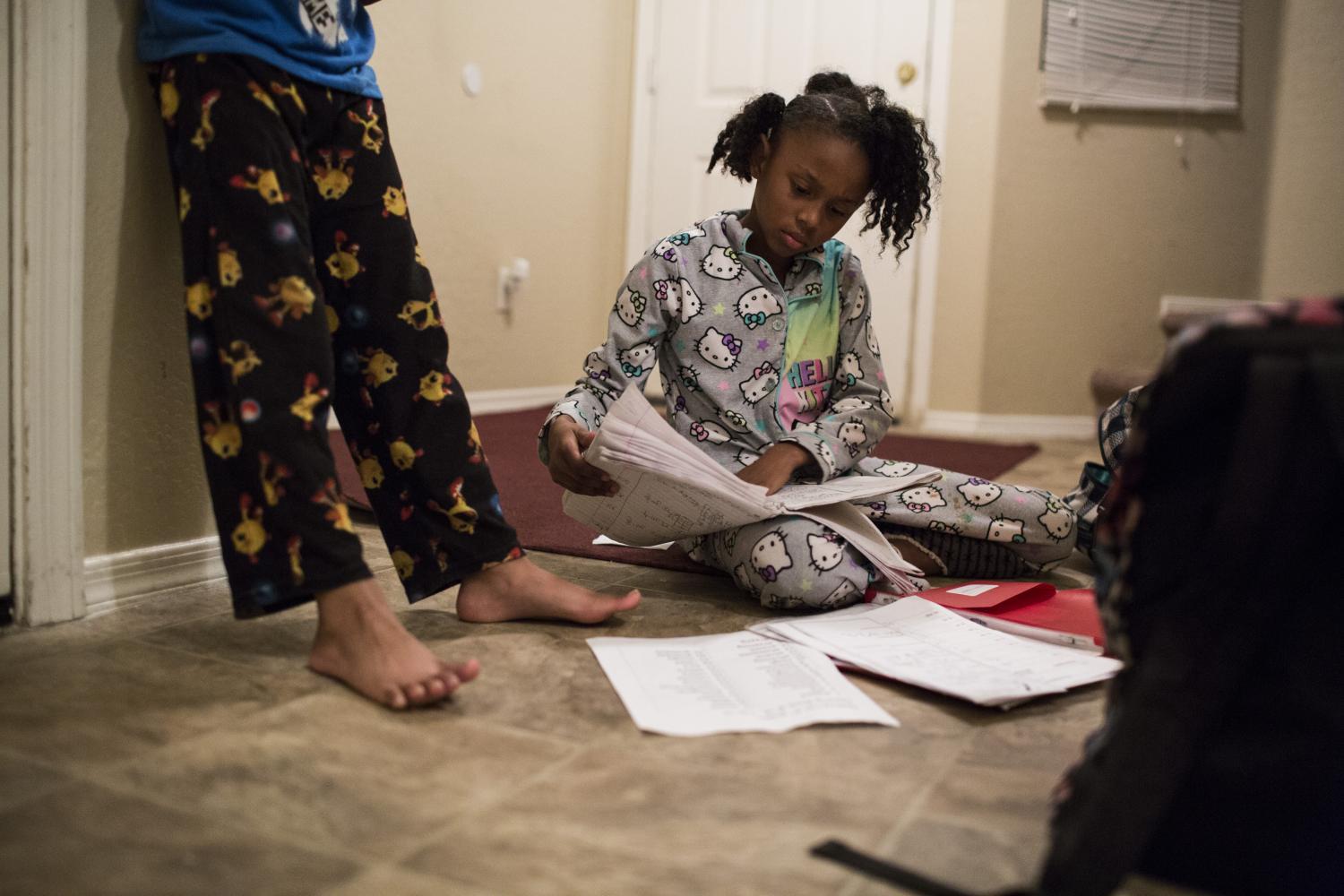 (Photo by Caitlin O'Hara for KJZZ)
Michael Jr., 7, and Megan, 9, look over paperwork in their pajamas.

“From what we hear, the charter schools are up there in ranking,” she explained. “So, OK, they’re going to get an education, but to be honest the school they were at was an amazing school as well.”

The Ervins live in the Dysart Unified School District and for them Arizona’s open enrollment was a blessing when they moved to El Mirage from California a few years ago. Her 12-year-old, Lauren, wants to be a lawyer and is already thinking about college, so she was hoping to get into a good Arizona school.

“In California even the public schools would be just as good as charter schools out here,” Lauren said. “So it’s kind of slowed me down a little bit moving down to Arizona. We would probably learn two grades above in California. And now I’m going to charter school, it’s a year above our curriculum, but California is a lot higher.”

Arizona has about one charter school for every four district schools, and both are publicly funded.

“It’s not really about districts versus charters, it’s more about making sure that every child has access to a great school,” said Pearl Chang Esau, president of education advocacy group Expect More Arizona.

State law says parents can send their children to any school, charter or district, and Chang Esau said more parents are taking advantage of their options.

As state funding for public schools has been slashed and not restored since the Recession, district schools depend on boosting local property tax dollars through ballot measures.

Nadaburg Unified School District, where Tracie Ervin teaches, put an override on the ballot four years in a row – and the voters rejected it every single time.

School officials did not try to pass one this year.

And back at the Ervins’ house, the kids took their baths and sat down to eat dinner while their mother made sandwiches to go in the next day’s lunch bags. 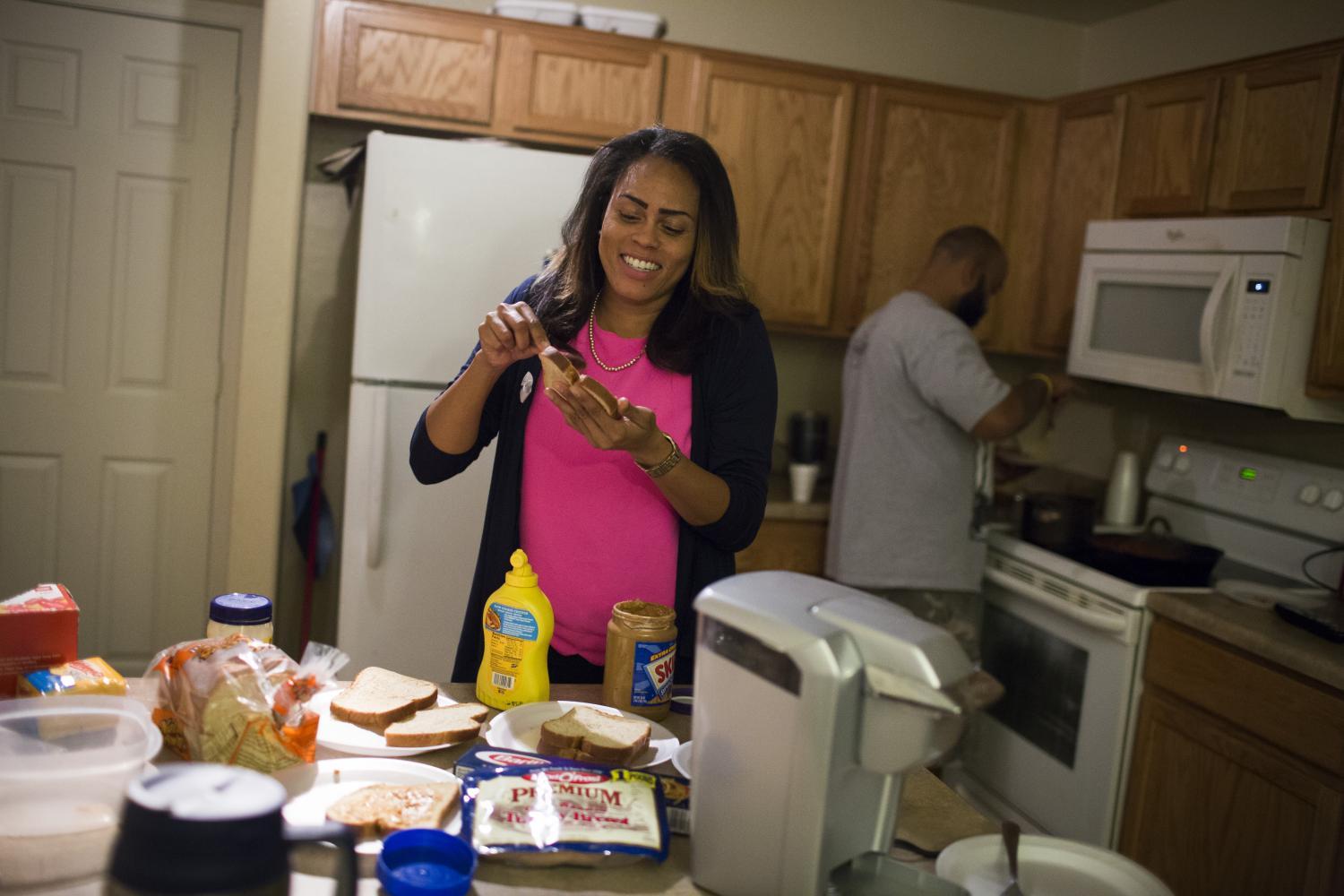 “This is the first time somebody will eat at the table within probably the last year…that’s a fact,” Michael Ervin said, laughing while cooking noodles.

The Ervins chose charter schools to give their children as many opportunities as they can. And trying to finish her first school year strong, Tracie Ervin feels there are a lot of opportunities for her to grow as a teacher, too.

“I need to just learn not only how to balance work but also find a balance in the home life,” she said.

The Ervin family, like many Arizona families, chose an education they feel is best for their children – even if it means more work, and for Tracie Ervin, more time away from her kids.

We want to hear from you! If you know a teacher or have a great education story, let us know on Facebook or email Casey Kuhn at [email protected].