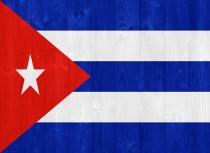 The world is still reacting to the death of longtime Cuban leader Fidel Castro, and the reverberations are even being felt here in Arizona.

It’s estimated that there at least 8,000 Cuban-American families here in the state, some coming here as far back as the 1940s and '50s and others who have settled here more recently.

Alberto Gutier has been in the Grand Canyon State for nearly five decades and served under four administrations as director of the Governor’s Office of Highway Safety.

He and his family came to the U.S. to escape the Castro regime in 1960, a year after Castro took power. Gutier talked about the hope Castro represented at the time of the revolution a year before he fled.