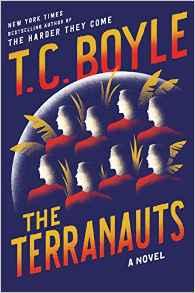 (Photo via amazon.com)
The Terranauts by T.C. Boyle

Biosphere 2 in the desert of Oracle was intended to provide a long list of scientific and environmental insights. A group of eight people — four men and four women — was put together for a two-year mission starting in 1991.

It would involve the goal of mimicking the Earth’s life systems and getting the population ready if and when a colonization of Mars took place.

In his new novel "The Terranauts," T.C. Boyle places his own spin on putting eight human beings in close quarters in a locale he calls Ecosphere 2.