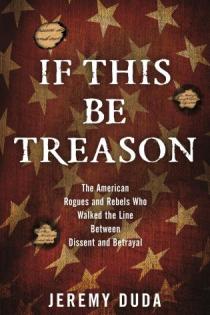 The term ‘treason’ was tossed around by some observers in recent months in reference to Donald Trump and comments he has made about Russian President Vladimir Putin and encouraging Russian hackers to make things difficult for Hillary Clinton’s presidential campaign.

But do comments like that actually constitute treason or something very different?

Jeremy Duda of the Arizona Capitol Times explores the broader topic and its history in his new book—his first—called "If This Be Treason: The American Rogues and Rebels Who Walked the Line Between Dissent and Betrayal."