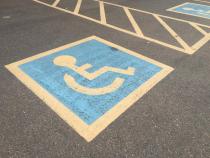 A judge Friday halted more than a thousand lawsuits filed by a group described as a serial litigator by the Arizona Attorney General’s office. Mark Brnovich's office asked the court to consolidate the cases that have been filed by the group.

Advocates for Individuals with Disabilities (AID) has filed 1,106 suits against local businesses claiming violations of the Americans with a Disabilities Act.

The group has said all settlement money helps fund wheelchairs and other gifts for people with disabilities.

The Attorney General’s office said it intends to file a motion seeking dismissal of all consolidated cases and will also seek sanctions against the AID group and its attorneys.