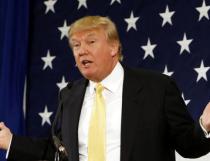 Recent polls have indicated that Hillary Clinton may have a chance to win Arizona in November. Considering Democrats have only done that here in the presidential race once since 1952, it would be a major accomplishment.

But considering voter registration and the passion that a lot of residents apparently have for Donald Trump, it would also be a surprising outcome.

In a piece he wrote for Phoenix New Times, Tom Zoellner explores what Arizona and Trump have in common and why some voters here are so drawn to him and his message.

KJZZ's The Show spoke with Zoellner and also got reaction from commentator Jon Gabriel of Ricochet.com, a conservative news website. Unraveling Ideas Of Arizona Trump Supporters