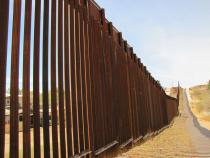 Arizona Gov. Doug Ducey is putting some distance between him and Donald Trump when it comes to cultivating better relations with Mexico.

Ducey supports Trump's desire for border security and the Republican nominee overall. But in the wake of the candidate's speech last week in Phoenix, the governor said he does not believe a physical barrier is necessary.

Ducey called Trump’s pledge to deny legal status to anyone here illegal debatable, and supports anything that "brings clarity" to the immigration process.

The governor suggested Arizonans separate rhetoric on the campaign trail with his efforts to foster ties with Mexico, the state’s number one trading partner.