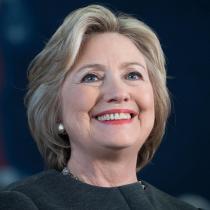 The Hillary Clinton campaign is buying its first round of television ads in Arizona for the general election. The campaign released the news following Donald Trump’s immigration speech in Phoenix this week.

According to a senior Clinton campaign official, recent polls indicate a competitive race and a backlash against Trump’s rhetoric have increased opportunities in the state for Clinton to win this historically red state. The campaign is investing six-figures in television ads that will begin airing in Arizona on Friday.

But Fred Duval, a Democrat who has been involved in Arizona democratic politics for decades and lost the 2014 governor's race to Gov. Doug Ducey, said an ad buy of this size and at this early date is unusual for a Democratic candidate in Arizona.

“It is enormously significant it is the next step in what I think will be a historic win and a turning point in Arizona politics,” Duval said.

Last month the Clinton campaign announced it was investing in hiring field organizers in Arizona.