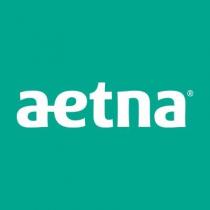 (Photo courtesy of Aetna via Twitter)
Aetna is one of the five largest health insurers in the U.S.

Aetna’s announcement that it was pulling out of federal healthcare exchanges has left one Arizona county without an insurer of last resort.

About 10,000 residents of Pinal County currently don’t have an option under the Affordable Care Act.

Pinal County health director Tom Schryer found out about the news through the media and doesn’t have much control over the process. But he isn’t surprised by Aetna’s move and says county officials are actively seeking to fill the void.

"We’re working with lobbyists and other folks that we work with on a regular basis that deal with public policy issues, trying to use whatever influence we can to make sure we incentivize somebody in any way that we can to come to our county and give it a shot,” he said.

Schryer says Blue Cross/Blue Shield is one of the companies they are in active negotiations with to lure back into the marketplace to replace Aetna.

Pinal County is right now the only county in the nation without access to the federal healthcare exchange.