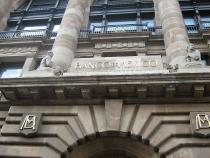 MEXICO CITY— Mexico’s economy strongly relies on foreign remittances, money sent back home from people working in another country. Along with oil revenue, remittances are one of the main sources of foreign income.

Most of Mexican remittances come from the United States, and during the first six months of the year, the total broke a record.

Migrant workers and expats sent almost $13.2 billion to Mexico during the first half of the year, according to the most recent report from the Central Bank of Mexico.

Family remittances increased almost 9 percent during the first half of 2016, compared to the same period last year.

According to analysts, the increase of remittances in Mexico respond to the improvements in the American economy and its job market, as well as the depreciation of the Mexican peso against the U.S. dollar, which has strengthened the American currency.

The Central Bank of Mexico also reported 98 percent of the remittances were received by electronic transfers, while the rest of them came through money orders, cash and kind.