Theranos Could Be Forced To Close Scottsdale Lab 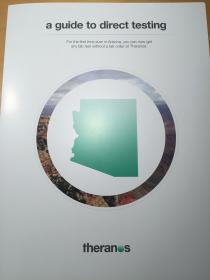 The startup that pushed Arizona politicians to change state law so people could get blood tests without a doctor’s order may be forced to close its lab in Scottsdale.

In a letter posted on the company’s website last Friday, the Centers for Medicare and Medicaid Services notified Theranos that it plans to impose several sanctions. They include revoking the certification for its lab in California after an inspection revealed violations.

If that happens, Theranos said its blood testing lab in Scottsdale also would cease to operate. Theranos has 60 days to appeal and said they’ll "work non-stop to resolve the issues identified."

Last month, Walgreens closed 40 Theranos Wellness Centers in Arizona after the company voided a number of test results and the Centers for Medicare and Medicaid rejected its plan of correction. Theranos’ website still lists five centers across the Valley.