What’s Your Definition of Affordable Housing? Phoenix Tries To Answer

Download mp3 (2.11 MB)
Christina Estes/KJZZ
Alta Fillmore is an apartment complex being built on 7th Avenue and Fillmore in downtown Phoenix.
(Photo by Christina Estes - KJZZ)
The city of Phoenix says the average market rate rent for a two-bedroom in the central city is $1,208. 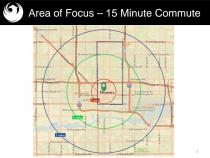 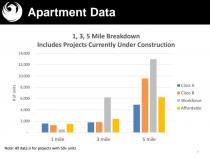 (Courtesy City of Phoenix)
Data about the number of units available in downtown Phoenix.

A lot of construction in downtown and central Phoenix is focused on housing. New apartments featuring the latest amenities often come at a price that some longtime residents and those who work in the area cannot afford.

But, a new analysis by the city’s economic development team reveals a mixed bag.

Staffers looked at apartments, both built and those under construction, in the central city. The area stretches from 7th Avenue to 16th Street and Buckeye Road to Camelback Road.

That was news to Kristen Fisher.

“I’ve looked downtown and looked at a lot of places and couldn’t afford any of them,” she said.

Fisher falls under the city’s housing category labeled ‘workforce’. She has a full-time job at a downtown deli, but can’t afford the two-bedroom market average of $1,200 a month.

The single mother isn’t even sure she could afford the average ‘workforce’ rent of $733.

“I could, but then I wouldn’t be able to afford utilities,” Fisher said.

Between 2005 and 2014, nine housing projects were built that Phoenix calls ‘affordable.’ Those are projects where rent can only go so high and residents may get government subsidies.

During that same period, only two market rate projects went up. Those are projects that seek to get the highest rent the market will allow.

Traditionally, as market rates projects are built, others will lower rent to attract new residents like Kristen Fisher.

“We may start to see some of that older product reset itself,” she told the subcommittee.

In the meantime, city staffers are asking more developers to set aside a certain number of units for residents who qualify for affordable or workforce rates.

- Only 3 percent live in Central City