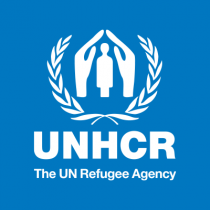 (Photo courtesy of UNHCR via Twitter)
UNHCR is the United Nations' refugee agency.

The United Nations refugee agency says the number of people displaced by conflict has reached the highest level ever recorded.

In its annual report on forced displacement, the UN says that at the end of 2015, more than 65 million people worldwide were refugees, asylum seekers or internally displaced.

These people bring with them an array of different experiences and cultural traditions. To honor these differences, the United Nations has declared today— Monday, June 20— World Refugee Day.

Phoenix marked the occasion on Friday with the Refugee Focus event in Midtown Phoenix. Here, the people gathered have fled their countries because of war, violence, or persecution. Most likely, they will never return home.

Refugee Focus is a nonprofit organization which resettles and assists the newcomers. It joined many civic and faith-based groups around the world in hosting World Refugee Day events.

According to director Craig Thoresen, the purpose of the day is "to bring attention and awareness to the refugee plight across the world." Thoresen has worked with refugees off and on for more than 40 years. Several decades ago, he says, the situation was vastly different.

"There weren’t developed networks, they were very informal," he says. "Those refugees came to camps, military camps in the U.S. and then were dispersed through organizations like mine throughout the country."

Today resettlement has become more structured— fortunately since the number of asylum seekers is climbing through the roof.

"In Arizona we will see this coming year [an estimated] 5,000 refugees," Thoresen says. "About 75 percent will come to Phoenix from Iraq, the Congo, Syria, Somalia, Iran, and Afghanistan."

But there are others, like Omari Habonimana from Burundi. He works seven days a week, oftentimes two shifts in a row. He says America is the best thing that could have happened to him and his seven kids.

"I say that is a gift from God, because many, many people in Africa are looking for a chance to come to America, but that chance they can’t get," Habonimana says.

But World Refugee Day isn’t only about awareness of the refugee plight. On Friday, at least, these newly-dubbed Phoenicians came together to celebrate, with ethnic dishes and music, their differences but also their shared resilience and spirit. Graphic created by the United Nations