Anti-Bully Apps Only As Helpful As Those Who Download Them 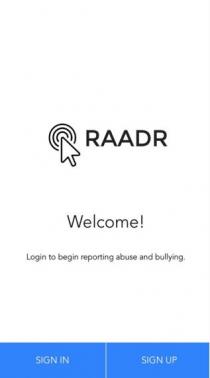 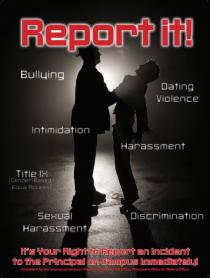 Bullying can get pervasive in schools if left unchecked, and the antidote is not one size fits all. Some schools try to bring in guest speakers, and some reward kids for good deeds.

There are even apps now that try to help schools and parents discover bully behavior. Set up is easy, but an app is only as helpful as the people who download it.

The most popular apps let us message our friends, watch videos and reach that high score.

“Students have the capability to upload images and video content as supplemental material to their in-app reports, all with the flexibility to submit reports anonymously, which is a big deal,” DiMartino said.

BullyRAADR was released earlier this month. DiMartino lives in the Valley, and by next school year, he hopes this app will be in the hands of students. They report what they see, and that information gets sent to school officials.

“We plan on enhancing the administrator side of this, to allow school administrators to better analyze what incidents occur,” DiMartino said.

And with no financial cost to students or schools, he believes this will be an easy upgrade to the reporting tools that exist in schools now.

However, for any of these reporting tactics to work, people have to use them, and use them correctly.

“You can’t mechanize human contact,” said Brad Snyder, director of the Dion Initiative at Arizona State University, which focuses on bullying prevention. “So there is nothing that is going to take the place of a caring adult actively involved in the life of the child."

There are a lot of tools that deal with anti-bullying. Snyder said they’re great, if you know what to do with them.

“But then if the faculty doesn’t know what to do when a student brings an incident to them, if the students aren’t given clear instruction and kind of left to figure it out on their own, then a lot can fall apart,” he said.

As if it weren’t already hard enough to say, "Hey, I’m being bullied," a broken or nonexistent reporting system can make it impossible.

“I knew what was happening to me and I just didn’t tell anybody because I was scared and I didn’t want to lose friends,” said sixth-grader Julia Rivas.

Julia went to a private school in fourth grade. She was bullied there for months. Some girls took her lunch away because they said she was too fat and she shouldn’t eat. It took a while for Julia to tell anyone. Then when she and her mom told administrators, it was brushed off.

“I felt like I was just thrown away,” Julia said. “And so at that point I kind of regretted telling because I thought somebody would have done something if I told, but they didn’t.”

Brad Snyder said the first step in bully prevention is encouraging all students and staff to look out for each other. And it’s in that kind of an environment where an app could work.

“An app like this is going to be more useful to bystanders, so not to the victim as much as it is to somebody else that’s seeing it happen, and giving them an easy avenue to get involved and to intervene on behalf of somebody else,” he said.

Julia’s at a new school now. She said she would feel much more comfortable going to her teachers there if anything happens.

“I know that now in myself, that if anybody ever was mean to me again, I would know to stick up for myself,” Julia said.

No matter how many new tools there are to fight bullying, it still takes courage to use them.