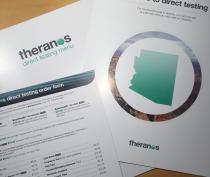 In a news release, Theranos announced it will add to its executive team and create a new organizational structure with dedicated divisions for technology and clinical operations.

The news comes amid a federal investigation into whether Theranos misled investors and regulators. Federal inspectors reported deficiencies in the company’s California lab late last year, but Theranos said the findings did not reflect current conditions.

In Arizona, Theranos pushed a bill to allow people to get blood tests without a doctor’s order. After Gov. Doug Ducey signed it into law, Theranos began offering tests at 40 Walgreens across the state. There have been no publicly reported problems at the Theranos lab in Scottsdale.