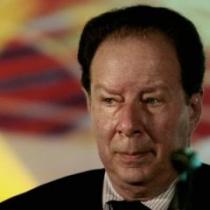 Arizona State University’s push as a research institution has been attracting some of the nation’s brightest minds. On Wednesday, it announced it will be adding another Nobel Laureate to its faculty.

Altman’s work is with ribonucleic acid (RNA), a vital molecule that is able to read your DNA and give that information to ribosomes, which make proteins, which make cells, which make you and all living things.

His awarded discovery found RNA can start this process on its own and is not dependant on other molecules as previously thought. It helped the eventual discovery of dozens of RNA molecule types.

Altman has spent time at ASU as a visiting professor and is coming from Yale University. He will be the third laureate on staff and fourth ever at ASU.