Intel Laying Off 560 Workers In Chandler 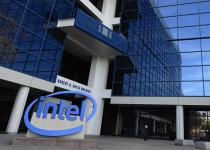 According to a company document, the workers at two Chandler facilities are being notified this week that their last day on the job will be May 31.

An Intel document sent to the city said the company will provide six more weeks of pay and three months of health insurance. Intel said some employees will receive additional benefits in exchange for a standard release agreement.

“Intel and Chandler have a long, mutually beneficial relationship built through many years of success and working together," said  Matt Burdick with the city of Chandler. "As our largest employer, Intel continues to have a large presence in Chandler and we are confident in their commitment to the community. Intel is an important part of the technology and advanced business service industries present in Chandler.”

According to the company’s website, Intel has more than 11,000 employees in Arizona and is Chandler’s largest employer.

A spokesman for Gov. Doug Ducey said the Arizona Commerce Authority will work closely with Intel to provide job assistance to workers being permanently laid off.

“It is always difficult to hear when valuable, talented, and hardworking employees are out of work. Intel employees are among the most qualified in their field," said Daniel Ruiz II of Gov. Doug Ducey's office. "The Arizona Commerce Authority will work closely with Intel to help facilitate job assistance for the affected workers, as well as coordinate with city, county and other workforce partners."

Last week, the company announced it would cut up to 12,000 poisitions worldwide as it transitions from a "PC company to one that powers the cloud and billions of smart, connected computing devices."

Intel says the workforce reductions will come through site consolidations, a combination of voluntary and involuntary departures, and a re-evaluation of programs. The moves are expected to save Intel $750 million this year and annual run rate savings of $1.4 billion by mid-2017.

Despite the job losses, Garrick Taylor with the Arizona Chamber of Commerce said there is a silver lining.

"It's a difficult time for the individuals who are affected by this downsizing. This is a volatile industry that Intel is in. The good news, however if there is a good news is that Intel is committed to making investments in areas of growth and Chandler is well-positioned in those exciting projects," said Garrick Taylor of Arizona Chamber of Commerce and Industry.  "Overall, the future still looks quite bright for Intel in this state."