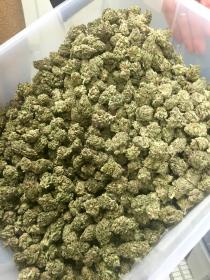 Phoenix will be one of two sites for the first clinical study of medical marijuana as a treatment for PTSD in military veterans.

Seventy-six veterans with PTSD that’s resistant to other treatments will randomly test four strains of marijuana with varying potency. Half the patients will be treated in Phoenix, the other half at Johns Hopkins University in Baltimore.

Dr. Sue Sisley, a former University of Arizona researcher, has been tapped to lead the Phoenix portion of the study, which aims to gather data on the risks, benefits and recommended dosage of smoked marijuana.

Some see marijuana as a safer alternative to other drugs for treating PTSD, according to Brad Burge, director of communications and marketing at the Multidisciplinary Association for Psychedelic Studies (MAPS), a California-based nonprofit.

“Veterans and others with PTSD are regularly hooked on the prescription opiates that they’re given to control their pain, anti-anxiety medication and many of them also self-medicate with alcohol and suffer from alcohol addiction,” Burge said.

Sisley’s ties to the veteran community help make her the right person for the job, Burge said.

“She has a demonstrated expertise in treating people with PTSD,” Burge said. “She’s also a firecracker in her own way and wants to see all medicines become available and not to be excluded for political reasons."

The U.S. Drug Enforcement and Food and Drug administrations have signed off on the study, which is sponsored by MAPS and financed with a roughly $2.2 million grant from the Colorado Department of Public Health and Environment.