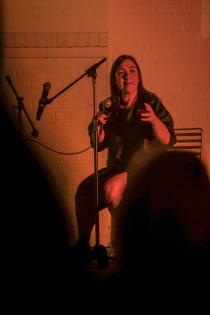 Artists are constantly challenging the boundaries of what is possible. One well-known Mexican artist, Tania Candiani, looked at an iconic piece of the Phoenix desert and saw a giant amplifier.

KJZZ’s Sarah Ventre spoke with Candiani about a project she’s working on called Boomrock. In involves growing crystals, putting them in the Hole in the Rock at Papago Park and allowing artists and musicians to actually play the mountain.

Candiani will start growing the crystals in August, and Boomrock is set to be completed in 2018.