Did You Know: Phoenix Indian Was Arizona's Only Non-Reservation School 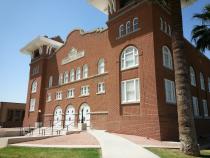 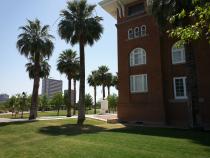 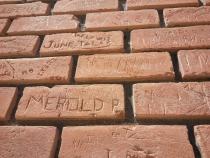 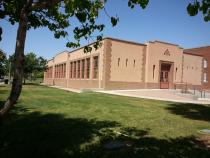 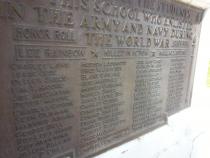 (Photo by Nadine Arroyo Rodriguez - KJZZ)
A memorial in front of the Phoenix Indian School Memorial Hall. It commemorates school students who served in WWI.

Arizona was once the home to a unique school campus that existed for nearly a century. Today part of that school remains in central Phoenix, even after the vision for the school changed and ultimately led to its closure.

“Eventually there was a street car line in 1901 that connected the school to downtown Phoenix," Weight said.

Phoenix Indian School opened in 1891. It was created to assimilate Native American children to white culture. Children were taken from their families. They were forced to wear military uniforms, cut their hair and were forbidden to speak their native language. Boys were trained to become laborers and the girls were to become domestic workers.

“Over time, there were many structures that were built there. It was a very large campus for a while,” Weight said.

“If you look at the early photos and postcards from the turn of the century, there were some very grand, magnificent buildings up there, probably among the best in Phoenix in terms of architecture," Weight said.

The three remaining buildings surrounded by waterfalls and gardens are in the middle of Steele Indian School Park. The memorial and dining halls, and the band building are all that remains of the Phoenix Indian School.

“Those buildings are unique because you really don’t see too many Mission Revival style auditorium buildings. That style became more popular during the late 19th and early 20th Centuries. But you didn’t see it too often in schools, particularly a Native American school that was done by the federal government,” Weight said.

The city of Phoenix owns the structures and has restored them. One thing the city decided not to do is erase the names and initials carved by students over the years on the bricks of the buildings.