SXSW Draws To A Close 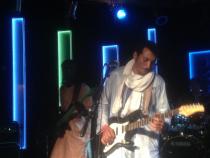 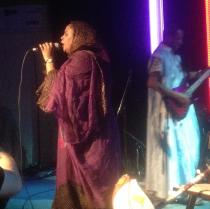 The South by Southwest (SXSW) music festival in Austin, Texas comes to a close on Sunday, though you would not know it by walking down the damp city streets. There are still people, bands, and music everywhere.

But on Friday night, the show scheduled for SXSW’s Outdoor Stage at Lady Bird Lake was cancelled due to severe weather, including thunderstorms, lightning, and rain. SXSW tweeted to seek shelter inside at one point.

As things wind down, everyone is getting their last fill of music, and four of the eight Arizona bands that are here are playing in the last two nights. There’s still plenty of energy in the crowds as attendees celebrate the 30th year of SXSW.