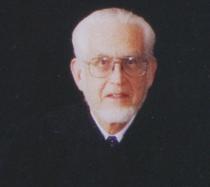 The trial against two towns on the Arizona-Utah border accused by the U.S. Justice Department of acting as arms of the Fundamentalist Church of Jesus Christ of Latter Day Saints has been suspended, at least temporarily, due to a medical emergency.

The Phoenix courtroom was cleared Monday morning after the federal judge presiding over the case said he was not feeling well.

U.S. District Court Judge H. Russel Holland, 79, looked ashen when the parties returned to the courtroom after the mid-morning break. Just as the defense lawyer for the city of Hildale, Utah resumed questioning a witness, the judge said he was not feeling well. Two jurors with medical training went up to the judge's desk to assist him, and 911 was called.

Holland was taken by paramedics to St. Joseph's Hospital.

At the start of the day on Monday, Holland had mentioned he was getting over a bout of bronchitis. He is a federal judge in Alaska and is visiting Phoenix to hear this case.

The trial has been going on for more than a month. Justice Department witnesses have testified that town officials and local police in Colorado City, Ariz. and Hildale, Utah were under the control of the FLDS church and discriminated against FLDS church outsiders by denying them water hook ups and police protection. The defense has called current town leaders and police officers who refute those allegations. Some town officials have testified that water shortages in the area prompted the towns to deny newly occupied homes water connections.

The defense is nearing the end of its case, and before the interruption, closing arguments were expected by mid-week.