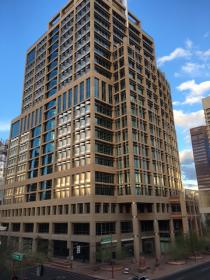 Phoenix Community and Economic Development Director Christine Mackay says the city has worked with businesses to create 7,200 jobs so far this year while they created 9,443 jobs in all of 2015.

During a city subcommittee meeting on Wednesday, Mackay told council members that 28 companies contributed to the 2015 job totals. She said the average salary increased 25 percent from the previous year to $44,000.

“We’re not just attracting those, you know, kind of basic jobs which are still important-– all of our citizens need a good job-- but we’re attracting more high wage jobs," she said. "We’re really starting to compete significantly with our main competition which would be Austin and San Jose and Denver.”

Other 2015 highlights from the Community and Economic Development Department:

Also on Wednesday, council members unanimously approved a deal to pay up to $225,000 to the Carlisle Companies to relocate their headquarters to Phoenix. The Charlotte-based company, which designs and makes a variety of products, is expected to create 134 jobs over a ten-year period. For each new job that pays more than $50,000 a year, Carlisle Companies will get between $1,000 and $1,500 for job training.