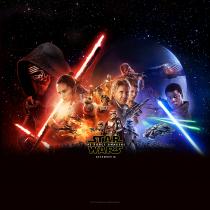 The Force awakened with a vengeance last night as the newest Star Wars film drew passionate and casual followers alike to theaters across the country and around the world.

Critics are saying the movie is reminiscent of the original trilogy that came out in the 70s. One element that is quite different, though, is the diversity of the cast. The leads include a British actor of Nigerian background, a woman and a Guatemalan-American. Michael Bennett is associate research professor in the School for the Future of Innovation and Society and the Center for Science and the Imagination at Arizona State University. He spoke about his interpretation of the diverse approach in The Force Awakens.