Political Dominoes Will Fall As Congressional Seat Opens Up 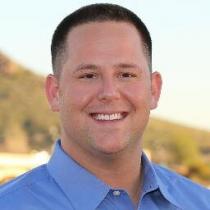 The political dominoes have started to fall in this election season, especially when it comes to the state's seventh Congressional district. Ed Pastor announced late last month that he would not run for a 12th term this fall. On Friday morning, state Rep. Ruben Gallego resigned from the state legislature in order to focus on the campaign. Another Democrat, County Supervisor Mary Rose Wilcox, is also expected to resign from her position and state Sen. Steve Gallardo says he too may step down from the legislature as he runs for the seat.

Former Senate Minority Leader David Schapira understands what those candidates are going through.

State government isn't the only place affected by runs for higher office. The Maricopa County Board of Supervisors will undergo dramatic change when Wilcox resigns.