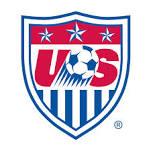 It’s not the World Cup, but it might be the next best thing.

One of the world's largest soccer events, Copa America Centenario, is coming to the Valley.

University of Phoenix Stadium will be one of ten sites to host the historic centennial edition of the Copa America next June.

Traditionally, the tournament is played in South America among only South American teams. But to commemorate the event’s 100th anniversary, it will be played in the U.S. and will expand to feature teams from throughout the Western hemisphere and is set to spotlight some of the sport’s top players such as Brazil’s Neymar and Argentina’s Lionel Messi.