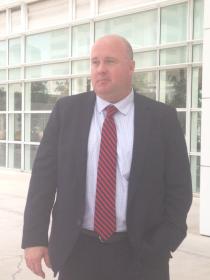 The former head of Maricopa County Sheriff’s Office Internal Affairs Division testified in court Wednesday about why the office didn’t turn over nearly 1,500 IDs the judge later retrieved through the U.S. Marshals.

In July, it came out in court that MCSO didn’t disclose 1,459 seized IDs to the federal monitor. Lawyers questioned Capt. Steve Bailey about his decision not to tell the monitor about the IDs. He told monitors there were no current internal affairs investigations into the IDs based on the advice of one of Sheriff Joe Arpaio’s attorney, Michele Iafrate.

Plantiffs’ lawyer Cecillia Wang said Bailey made it clear in his testimony that he lied to the federal monitors.

“Bailey knew full well that he had an obligation to be truthful with the monitor,” Wang said. “At best it’s clear they were trying to mince words and slice and dice things in an effort at manipulation.”

The judge in the case had previously ordered the sheriff’s office to turn over all IDs and driver’s licenses seized from Latinos. Another of Arpaio’s attorneys, John Masterson, said Bailey technically told the truth because a chief deputy had ordered the investigations of the IDs on hold.

Masterson said the office wasn’t clear on whether these IDs were part of the judge’s order.

Earlier in the day, a Maricopa County Sheriff’s Office detective overseeing a mysterious Seattle-based investigation said in court the inquiry wasn’t related to the federal judge presiding over court hearings. The detective backed up the sheriff’s testimony that the investigation was about bank fraud victims in Arizona. On Tuesday, one of Detective Brian Mackiewicz’s lawyers had passed him a note reminding him to invoke the Fifth Amendment.

In testimony on Wednesday, he tried to avoid answering plaintiffs’ lawyers questions about an investigation involving him by claiming that he received orders not to discuss the investigation and could face discipline from the department. Judge Murray Snow directed Mackiewicz to answer the questions and assured him if he faced discipline he should raise that with the court.

Mackiewicz, who is currently under a criminal investigation, was one of the detectives assigned to work with the confidential informant Dennis Montgomery, who claimed to be a CIA whistleblower. Montgomery also created documents linking the judge in this case in a false conspiracy.

Mackiewicz also described a trip he had taken to the Seattle area in which another investigator suggested doing an Internet search on Snow. The detective said the search was actually carried out by Montgomery, who also searched the last name Snow in his database.

Mackiewicz said on Wednesday he personally was given orders not to investigate Snow. He said Arpaio wasn't involved in running the investigation involving Montgomery, but at one point was given updates twice monthly on the case.

Still in court, Snow asked Mackiewicz why the judge's name was on a list he compiled. Mackiewicz explained his list of names by saying he drew the names from emails sent by Montgomery and said he knew little about the profiling case at that time.

Despite that concern, Mackiewicz said he participated in a series of meetings with a separate federal judge in Washington, D.C., in the hopes of getting Montgomery legal immunity for his whistleblowing claims.