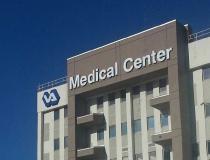 One of the original VA hospital whistleblowers announced plans for a billboard outside the Phoenix location.

Brandon Coleman, a former addiction therapist at the hospital, said the words, “VA Is Lying! Veterans Are Dying!” are expected to be on the billboard located across the street from the VA on 7th Street and Indian School Road in Phoenix.

Coleman said this is the first of many he is planning nationwide.

“These billboards are going up all across the country to help bring accountability to the VA, and Phoenix is ground zero in that movement. So, we wanted to be bring accountability here, for the administrators here, to let them know that we’re not going anywhere,” he said.

Coleman said the Phoenix billboard is being paid for in part by VA doctors and staff through a GoFundMe account.