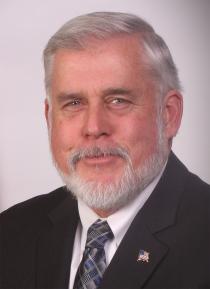 Glendale’s relationship with the Arizona Coyotes will likely play a role in the city’s 2016 mayoral race, and one candidate is already criticizing a city council decision that could lead to replacement of the team as manager of Gila River Arena.

Glendale can replace the Coyotes as the arena’s manager in July 2016. The mayor and city council unanimously voted in September to hire a firm to develop a request for proposals for managing the facility.

“It is not an issue of if the Coyotes are here or not, it is an issue of the investment our taxpayers have made in the infrastructure,” Burdick said.

Weiers said he wants the team to stay in Glendale, and respecting taxpayer money means finding the best arena operator for the lowest price.  He also said the council’s willingness to make tough decisions shows an improvement from past leadership.

“We have to do the things that are uncomfortable for people to get us back in a position to go in the right direction where the city doesn’t have those problems,” Weiers said.

Burdick and Weiers are the only people who’ve so far taken out paperwork to run for mayor. The deadline for them to file is June 1, 2016.