Did You Know: It Took Arizona 49 Years To Become A State 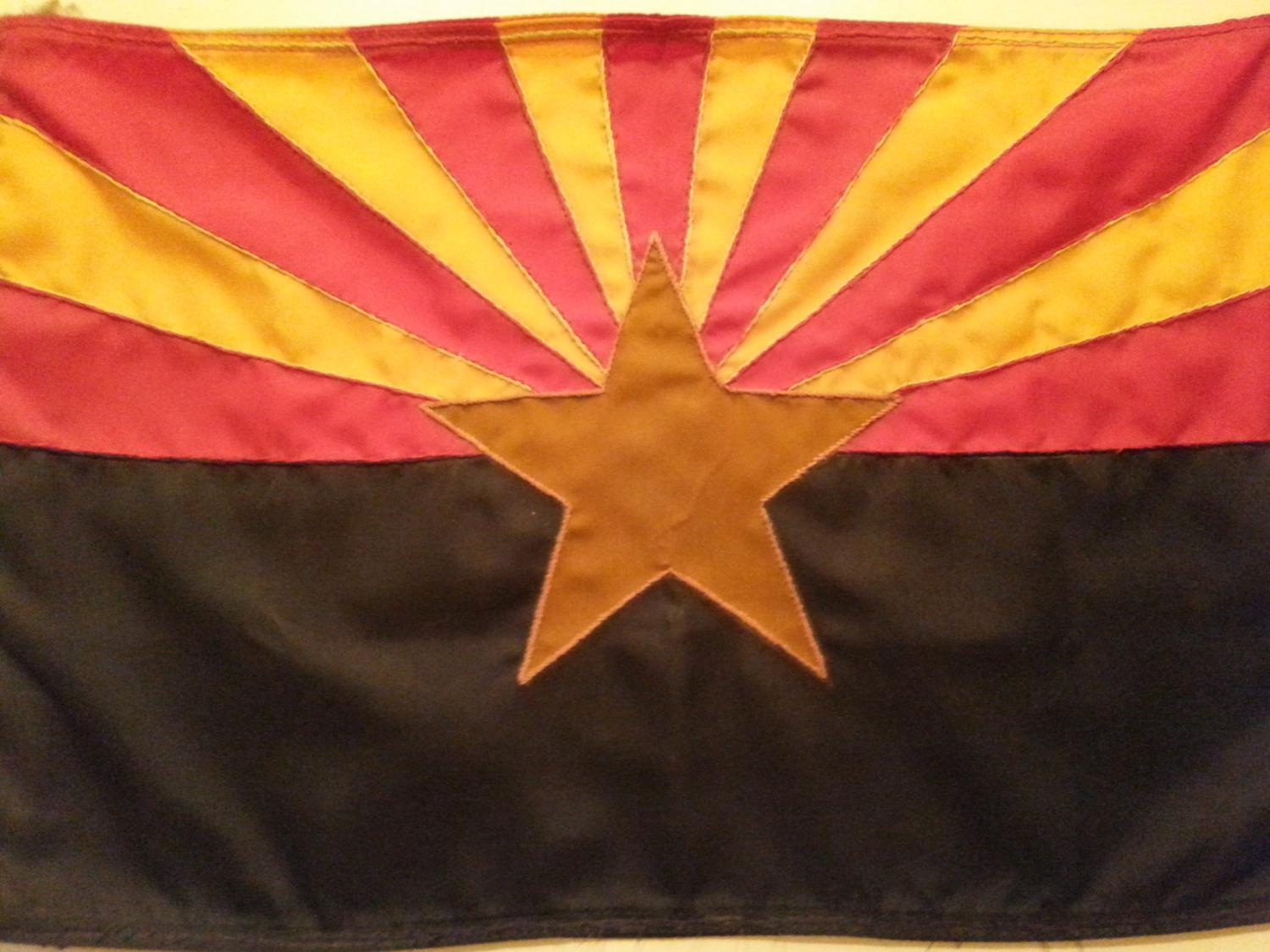 Nadine Arroyo Rodriguez/KJZZ
The 13 red and gold rays on Arizona's flag represent the original 13 colonies, the blue represents the U.S. flag and the star represents the copper.

More than 100 years ago, Arizona became the last of the contiguous U.S. states to be signed into statehood, but it did not happen so easily. Arizona had a bumpy road to statehood.

On Feb. 14, 1912, President William Howard Taft signed Arizona into the Union. Did you know Arizona was a territory for 49 years before it became a state?

“There was discussion as early as 1850 to gain statehood, unsuccessful efforts, really from that point on, but it’s at the late 19th century, early 20th century that the efforts really began to pick-up steam," said John Southard, an Arizona historian. “But there’s concern of the kind of the desolation of Arizona. The questions of whether or not it’s viable as a state, questions of population, questions of water."

Southard said at the turn of the 20th century the U.S. House of Representatives mainly consisted of members from eastern and Midwestern states. So they set out on a somewhat fact-finding mission. What they discovered did not excite them.

“There are stories of them not even wanting to step off the train, instead, just went in ahead directly to southern California because they looked out, they saw desolation. They saw what they perceived to be nothing of value," Southard said.

So a new proposal was introduced to make New Mexico and Arizona one state. New Mexico was all for it. Arizona, not so much.

Library of Congress
The “Waiting for Their Stars” illustration from the July 23, 1902, issue of "Puck."

"There was a great of hesitation because they didn’t want to associate with the Hispanic culture and people of New Mexico. There was fear that this would be a very negative development for the people of Arizona," Southard explained.

That is when Arizonans took a page from progressive states’ constitutions. That included initiative, referendum and recall.

"President Taft was very much opposed to the idea of recalling judges. There were concerns about whether that would affect the impartiality of judges, if that would introduce political whims into the retention of judges," said Southard.

Despite Congress’ approval, President Taft rejected it and stopped Arizona from becoming a state, unless it removed from its constitution the provision of voting out judges. And it did, President Taft then signed Arizona into statehood.

According to the state’s centennial website, planners hoped President Taft would sign the statehood papers on Lincoln’s birthday, Feb. 12, but Taft was out of town. The 13th was considered bad luck, so the signing was pushed back to Feb. 14.

→ Hear More 'Did You Know' Stories