We’re all familiar with first responders, but what about last responders? Maybe you’re thinking of funeral workers or hospice providers. Last responders also include those who investigate the thousands of unexplained, sometimes violent deaths, that occur in Maricopa County each year.

This is a story about a team of women from the Maricopa County Office of the Medical Examiner, who confront death daily. But, this story isn’t unfolding at a crime scene, nor in the county morgue. It's an unassuming conference table. But what these women do, it’s nothing like you’ve seen on "Law and Order." 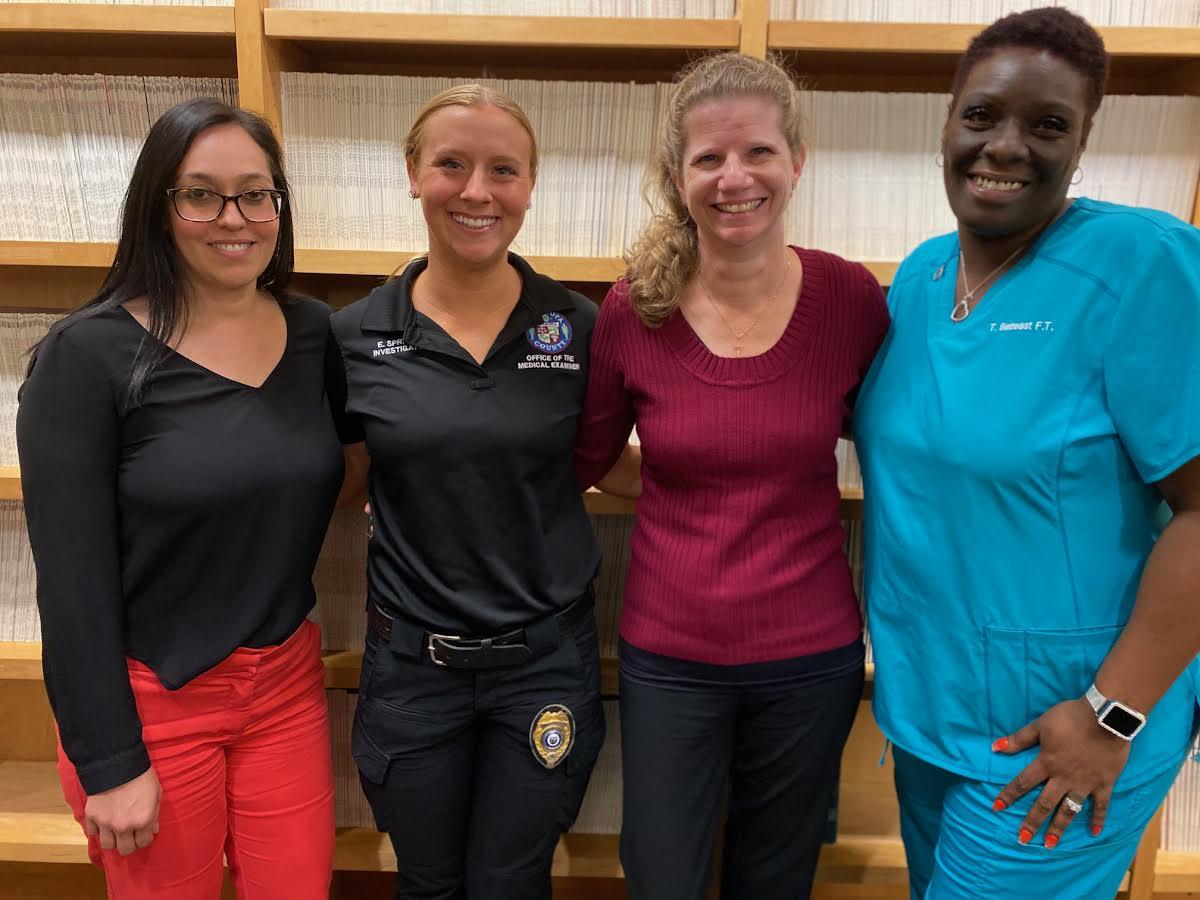 A day in the life

"It’s not for everybody," said Tiwanda Batteast, a forensic technician with the office.  "We are the ones that nobody wants to, ‘Oh, how was your day? Oh, wait, no, not you.’ Nobody wants to hear about our day at the dinner table."

That's because the work they do is centered around mostly traumatic deaths.

And it can be both physically and emotionally grueling.

"As an investigator, I can take sometimes up to five scene calls a day," said Emily Sprague. She's a medico-legal death investigator with the office. "And then I'm not sitting back down at my desk until 7:30-8:00 p.m."

That's when she's able to wrap up her reports and upload her photos.

"It's just wild that we go from scene to scene. And they're each different scenes, too," she said as she described crisscrossing the county. "So, I could be in Chandler, and then next thing you know, I'm going all the way to Peoria."

From there the case goes to Batteast.

"I assist the doctors in exams administratively, as well as evisceration," she said. An evisceration is the autopsy part, where the body is opened and organs are removed (though not in every case). From there, she continues taking "photos, fingerprinting, and several other things that we do in exams, and protocols for the final walkthrough and the reports and the cause of death to be determined."

The same time that’s happening, Irma Cortes, comes into the picture. She's the family advocate with the medical examiner's office. Cortes serves as a bridge between the investigative team and the decedent’s family. 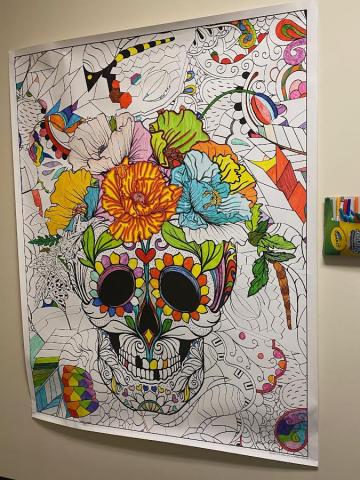 Kathy Ritchie/KJZZ
Large coloring sheets are placed on every floor of the medical examiner's office. If staff need to take a moment to focus their attention on something else, they can come out and use one of these meditative coloring sheets.

"It can be a little draining, and full of sadness, speaking to people that, like you said, this can be the worst day of their life, just because of the types of deaths that are investigated here," said Cortes.

Which can be unexpected and often violent.

"But I'm able to speak to these families and at least provide a little bit of clarity as to what happens here because it can be very confusing."

And there’s so much going on behind the scenes that most of us don’t even know about.

"The harder ones are where they say, ‘I don't understand why don't you have an answer after the autopsy?’ Or, ‘Why do I have to wait this much time to find out  what happened?'" Cortes said.

So like Batteast said earlier, this job is not for everyone. It can wear you down, after a while. These cases can be grim. Especially those involving children.

"Tears are definitely part of it," said Amy Rex, the administrative director for the Office of the Medical Examiner.

"It's not unusual to see tears around the office. I think you can just notice somebody's demeanor changes, they completely withdraw," she said. That's usually when someone might poke their head into that person's office and check in.

"It's not unusual to see tears around the office."
— Amy Rex, Office of the Medical Examiner

Because of just how intense this work is, the medical examiner’s office has made vicarious trauma and attention to compassion fatigue a priority. According to the U.S. Department of Justice, vicarious trauma "is an occupational challenge for people working and volunteering in the fields of victim services, law enforcement, emergency medical services, fire services, and other allied professions, due to their continuous exposure to victims of trauma and violence."

The other reason why the office is dedicated to supporting staff is simply HR 101: employee retention.

"There is one medical examiner in Maricopa County, one medical examiner's office. This is the staff," said Rex. "I can't tell Emily and her staff that it's OK to not go to work for three days as you go through [this], because who's going to do their job?"

So there’s this tension. How do you give people the ability to step back and process, while ensuring you have sufficient staffing to investigate the thousands of cases that come through this office each year?

Rex remembers a time when a single jurisdiction in the county tragically lost four children in a weekend. "And they were able to take their officers out of the field, they put them on desk work, they had counselors for them."

They did everything for them, she said. As they should. It was traumatic.

Still, she said, "I'm sitting here thinking, 'My staff saw those four kiddo cases from that jurisdiction and probably 15 more that weekend.' And there's not the recognition of what we do here." Because, she said, "nobody wants to think about death. Understandably, I get it."

“Nobody wants to think about death. Understandably, I get it."
— Amy Rex, Office of the Medical Examiner

Besides staffing, the job itself can be a barrier to getting outside help. Because of the intensity of the work, it’s more than even some professional therapists can handle.

"You have to be very careful about the people that you talk to about it, because you can end up traumatizing the person that you're going to for help," she said.

So, it means the agency has had to find ways to create internal support systems for these last responders, so they can continue to answer the questions and provide families with whatever closure they can.

Being last responder can be traumatizing. How the medical examiner's office is trying to help

Last responders perform a critical service for our community: providing answers for families who’ve lost their loved ones. It’s a risky job so the office has made keeping this workforce psychologically safe, a top priority.

"So these are things that really, usually nobody saw coming," said Dr. Jeff Johnston, the chief medical examiner for Maricopa County.

And the service his team performs, is, by definition, exposure to trauma. And that exposure is psychologically risky, he said. "Thinking about and walking in someone else's shoes is  that dangerous side of empathy."

So, his investigative teams really focus on the technical side of things. "This is the history of this individual, here's what happened to them. Here's the type of examination I'm going to do, so those kinds of things," he said. "It’s a sort of, ‘Just the facts, ma’am’ mindset." 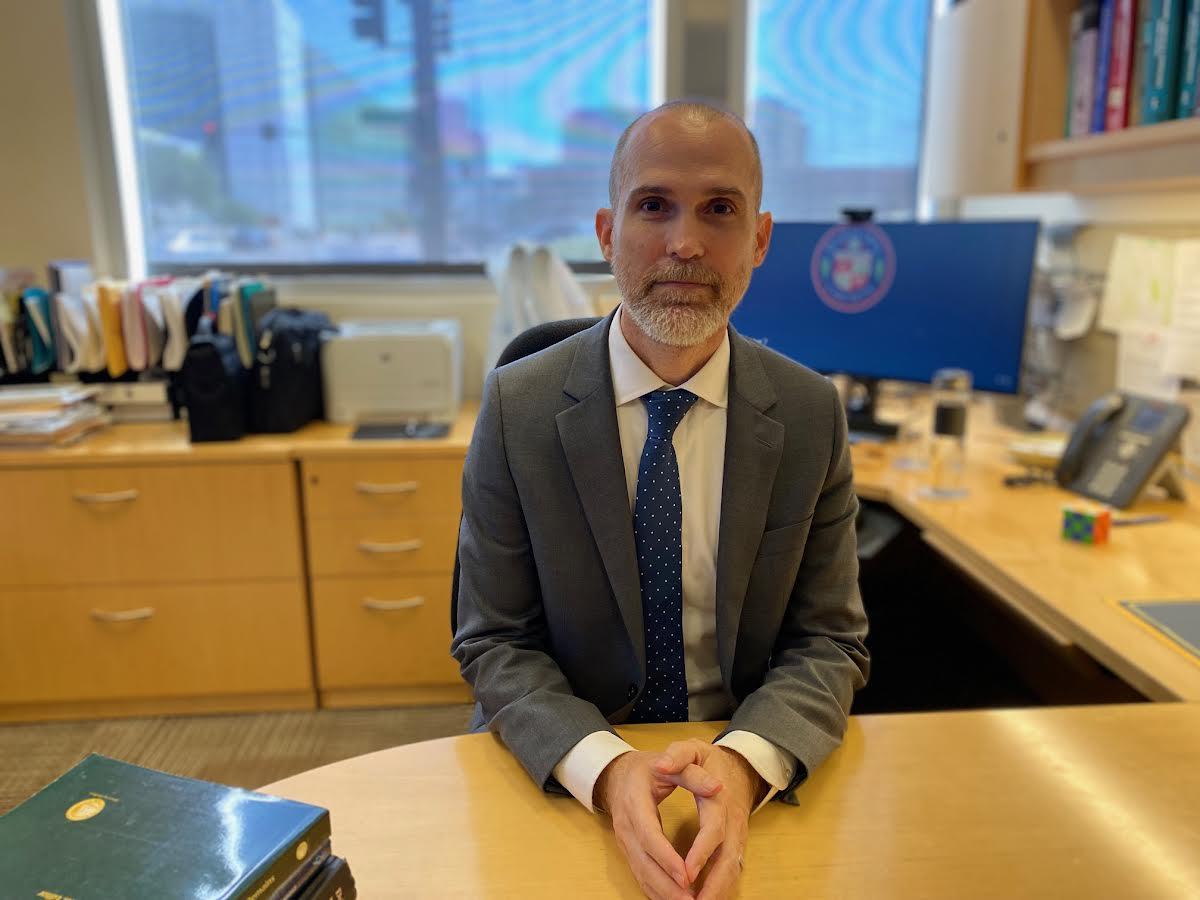 When the work gets to you

"We do have times where that wall of objectivity falls apart," said Johnston. "And in my experience, it is really hard to predict what kinds of things might trigger that."

Maybe the decedent reminds them of someone or the circumstances feel familiar.

"Sometimes it's just the senselessness of it that just kind of gets to you," he said.

For parents at the examiner’s office, the death of a child can be especially tough.

"Those types of cases are ones that I think are higher risk. Unfortunately, we have over 100 children under three years old that come through here every year," Johnston said.

Now, picture doing this work — vicariously going through another individual’s trauma, reading the reports, looking at the photos, talking to grieving family members — every single day.

It’s emotionally and psychologically dangerous. It can make you numb.

So, in 2018, the team started thinking about ways to address this type of work-related trauma.

"We have a vicarious trauma resiliency team," said Johnston. "These are folks on our staff who get together and think about how can we support the organizational culture around these kinds of things?"

"So folks can come by and just color and, again, focus their attention on something [else], and allow some of those other things to process without ruminating about the thoughts and emotions that we're having."

There’s also a quiet room with essential oils, inspirational quotes and a recliner. "And our folks don't have to clock out to use that. If they've got a challenging scene or something they're dealing with, they have a place to go and decompress." 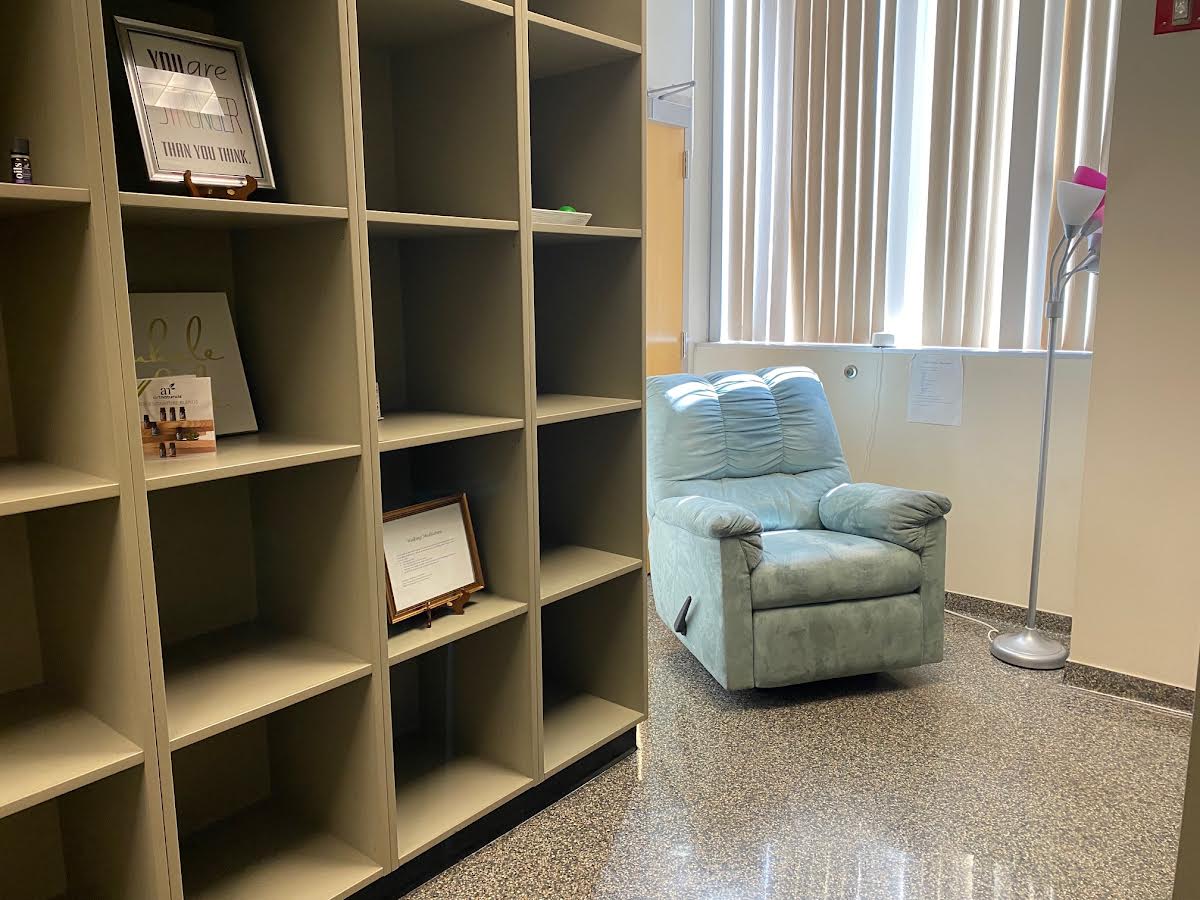 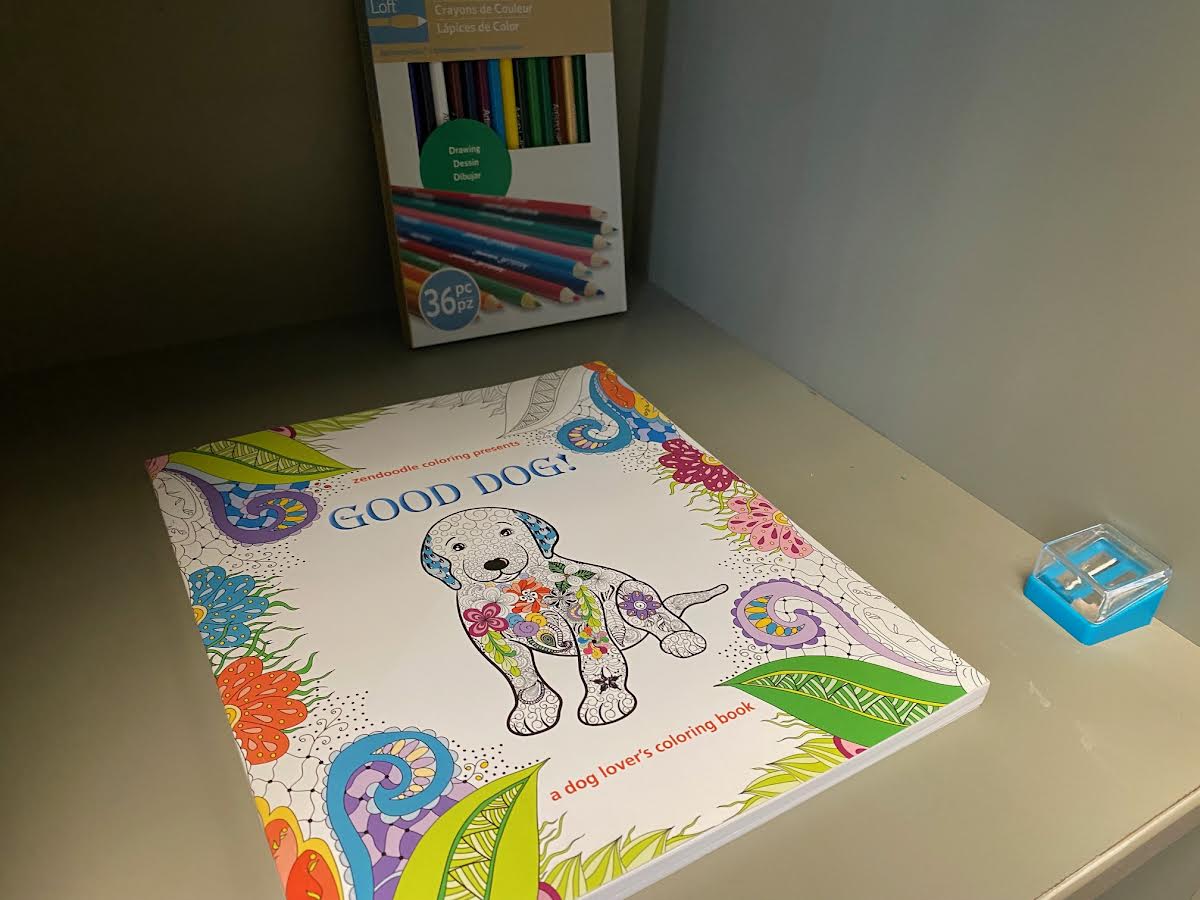 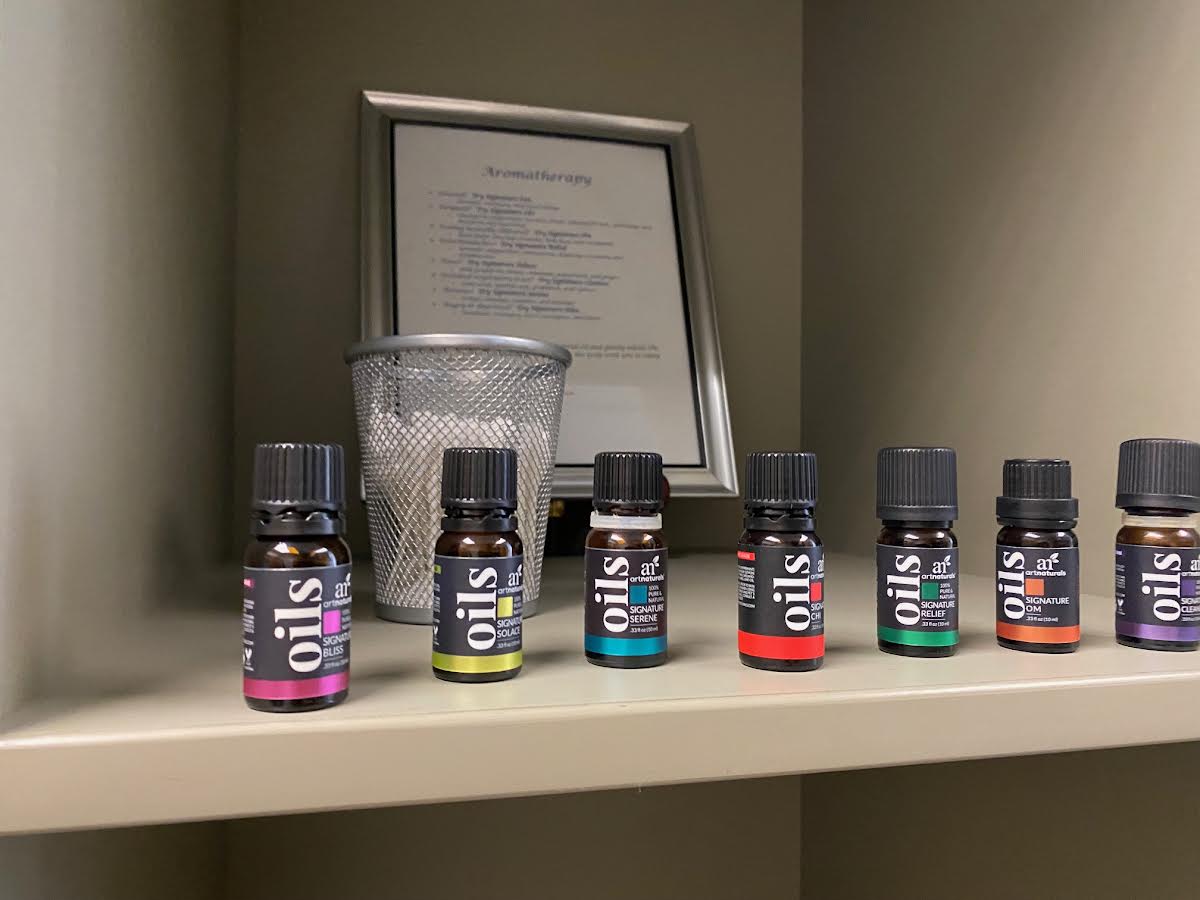 There’s a quiet room in the medical examiner's office with essential oils, inspirational quotes and a recliner to help employees with work-related trauma. Kathy Ritchie/KJZZ

The office also created a peer support group, because in this line of work, you really need folks who get it. Besides investigating crime scenes, Sprague is also a peer support specialist.

"So, if there is one of those cases where it's like, 'I can't just let it go right now, I think I really do need to sit in these feelings and talk to someone about it,'" she's there, ready to support both at work or after hours.

For her colleague and forensic technician, Tiwanda Batteast, it just made sense to become one.

"You have to be that person — that person is always the person that everybody, they'll go to," she said.

"They call me Mama T, because that's me! I feed them," she said.

So if the team has a tough day of examinations, she’ll bring in homemade cupcakes the next day.

"It’s the little things for us, OK. And food, once again, is the key to everybody's heart, because they see the cupcakes and forgot all about it."

And those little things really matter for this group.

"We’re not the first responders. We're not the heroes. We're not saving anybody. We're just answering the questions and providing that last act of respect for a decedent," said Rex.

For these last responders, the work is a calling. It’s also one that beckons perspective: appreciate your life because no one is promised tomorrow. 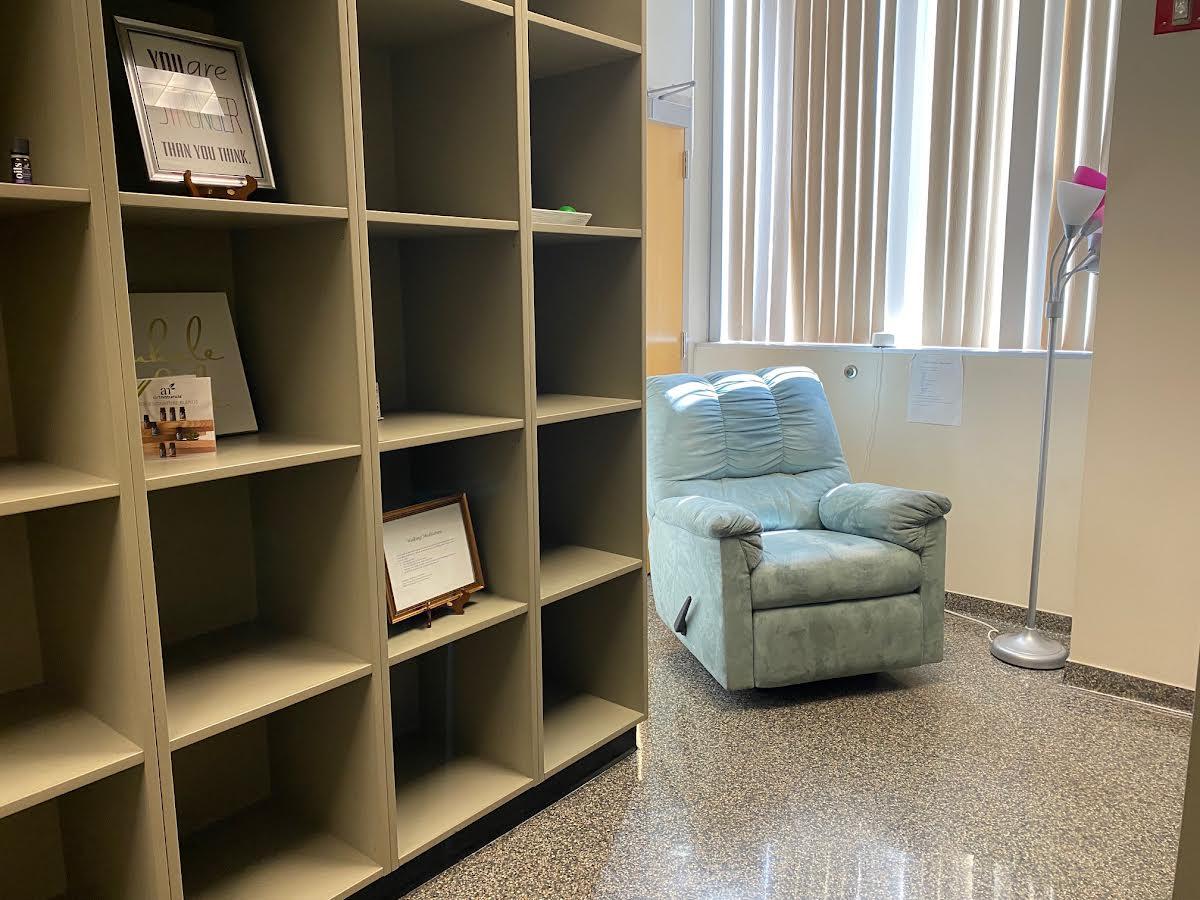 Kathy Ritchie
Staff can use the the quiet room if they need to decompress after working on a tough case. 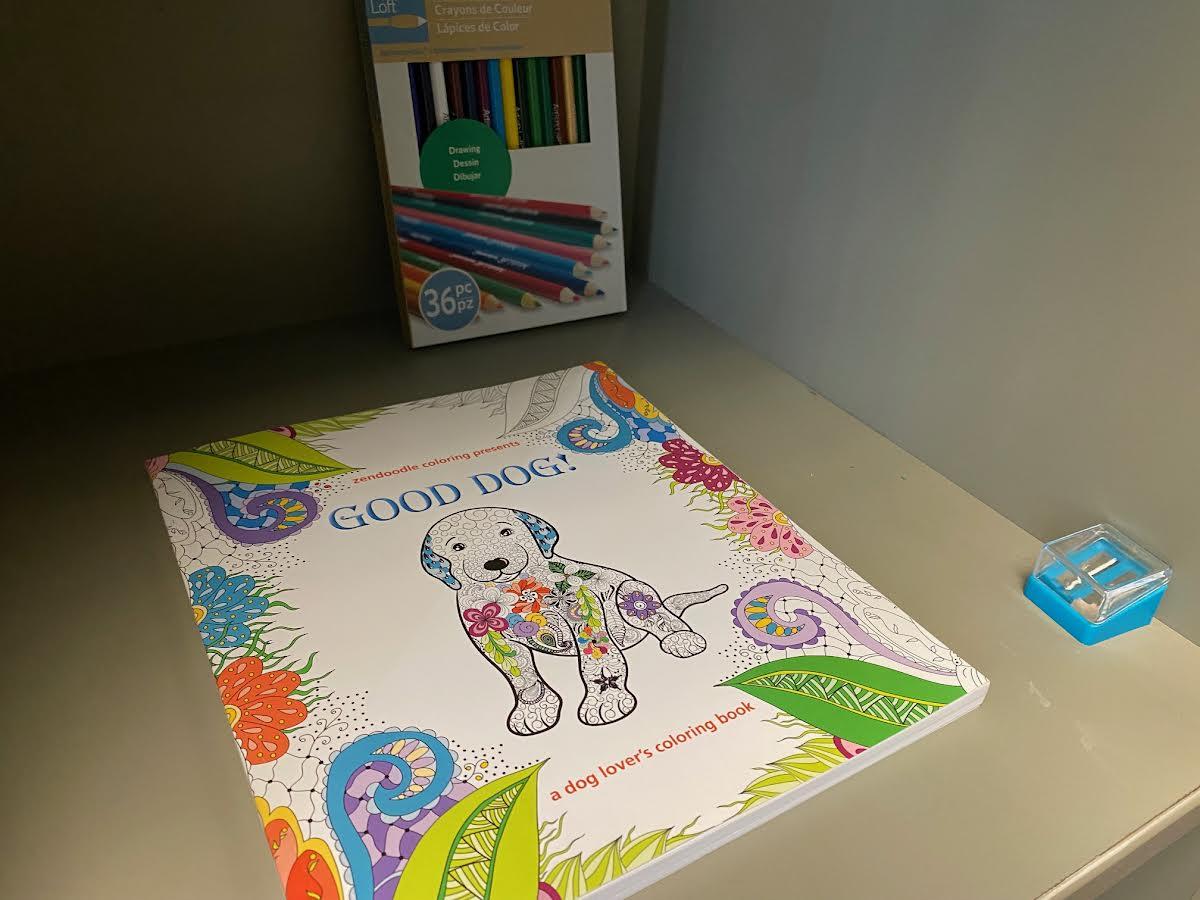 Kathy Ritchie
The quiet room also has coloring books. Coloring can be a healthy way of relieving stress. It can allow a person to focus their attention on something else, even for just a few minutes. 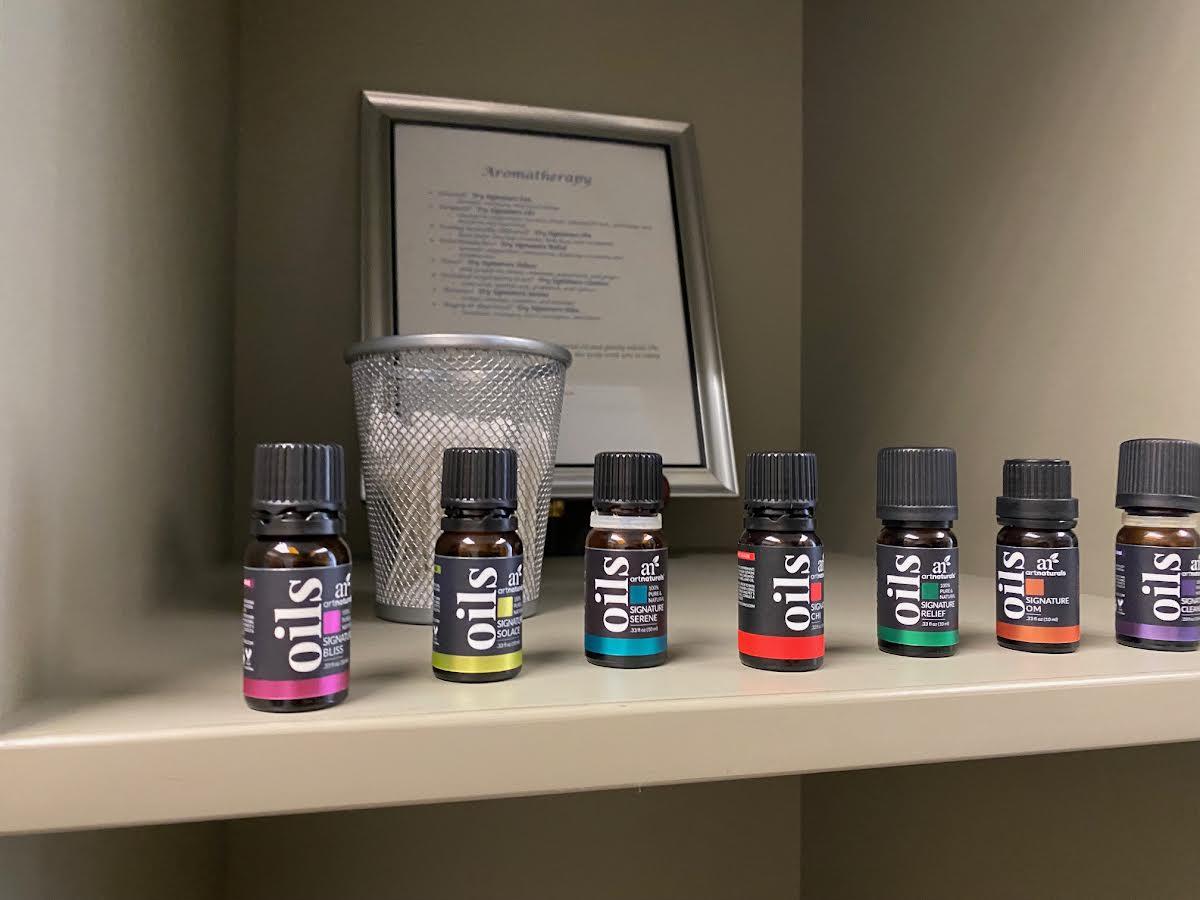 Kathy Ritchie
The quiet room is also stocked with essential oils.
Listen to Part I