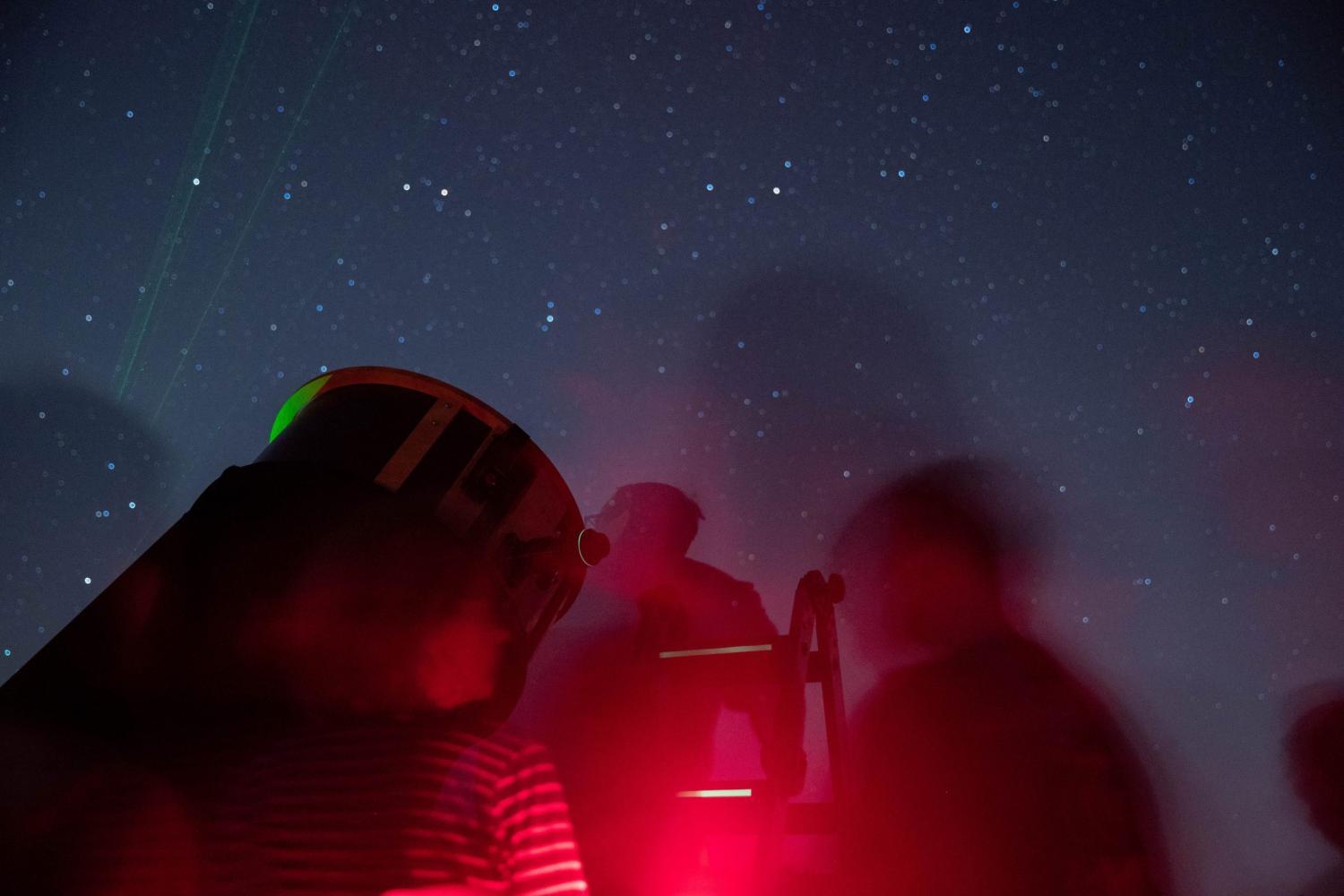 Drake Presto/Cronkite News
Visitors to Oracle State Park north of Tucson use a ladder to view Jupiter with an 8-foot telescope on Sept. 24, 2022.

In growing areas of the planet, sundown no longer brings night and stars, but rather an artificial dusk caused by human light sources.

To track light pollution’s global spread, the authors of a new paper in the journal Science looked beyond space technology and asked citizen scientists to provide some ground truth.

“If you aggregate the data on a large enough scale, like we did – repeatedly take years of measurements from many different locations and talk about the entire country, or North America, or all of Europe – you can actually make very valid statements about what's going on,” said co-author Connie Walker of the NSF National Optical-Infrared Astronomy Research Laboratory in Tucson, who runs the Globe at Night project.

Using standardized, naked-eye observations from more than 51,000 citizen scientists around the globe, researchers calculated the night sky brightened almost 10% per year from 2011 to 2022.

That’s almost five times the amount observed by relevant satellites, which only “see” non-blue light that shines upward into space. Consequently, such instruments miss most horizontal light pollution – and underplay a key source.

“So for the past more-than-10 years, we have not been able to detect that growth in LEDs, really, from space,” said Walker.

LEDs have steadily replaced low-pressure sodium lights, which reduced light pollution and posed less of an obstacle to astronomers.

“All that light came out as a narrow, very yellow band of light,” she said. “And you could more or less subtract that or filter it out.”

Conversely, LEDs can cover a wide spectrum of ultraviolet, visible and infrared light, making them next to impossible to compensate for.

Globe at Night began in 2006 as a shared project between Spanish-speaking children in Tucson and kids in Chile who lived near telescopes run by the National Optical Astronomy Observatory, NSF’s national research and development center for ground-based optical and infrared astronomy.

“It was fun to do something that they could talk about and that would bring awareness of some of the issues that were very essential to know about where they live, because we're big employer down there,” said Walker. “And it was an issue that's important just to be a good steward.”

After gaining the attention of the worldwide education organization Globe in Boulder, Colorado, Globe at Night established a web presence and grew into a global project, complete with teaching guides and project kits in more than 25 languages.

For this project, participants received seven charts depicting what the night sky would look like as rising levels of light pollution outshone more and brighter stars. They then picked the chart that most closely resembled what they could see with their naked eyes.

The chart numbers each corresponded to a limiting magnitude — the brightness of the faintest object the eye could see.

“That means if you are New York City, and you have a limiting magnitude of 1, you might have like 12 stars at most — even less probably — that you can see,” said Walker.

Conversely, a chart showing a sky with a limiting magnitude of 7 would contain so many stars observers would likely struggle to pick out the constellations.

Beyond interfering with observations, light pollution can harm the health of plants, humans and other animals. It confuses migrating birds and sea turtle hatchlings, and studies link it to circadian rhythm disorders, diabetes and cancers in humans.

“The night sky is a part of that source of inspiration that inspired Holst’s composing of ‘The Planets,’ or Shakespeare and his sonnets, or Van Gogh and his painting of ‘Starry Night,’” she said. “If that inspiration is diminished by a very washed-out sky, a polluted sky, then we lose part of ourselves.”