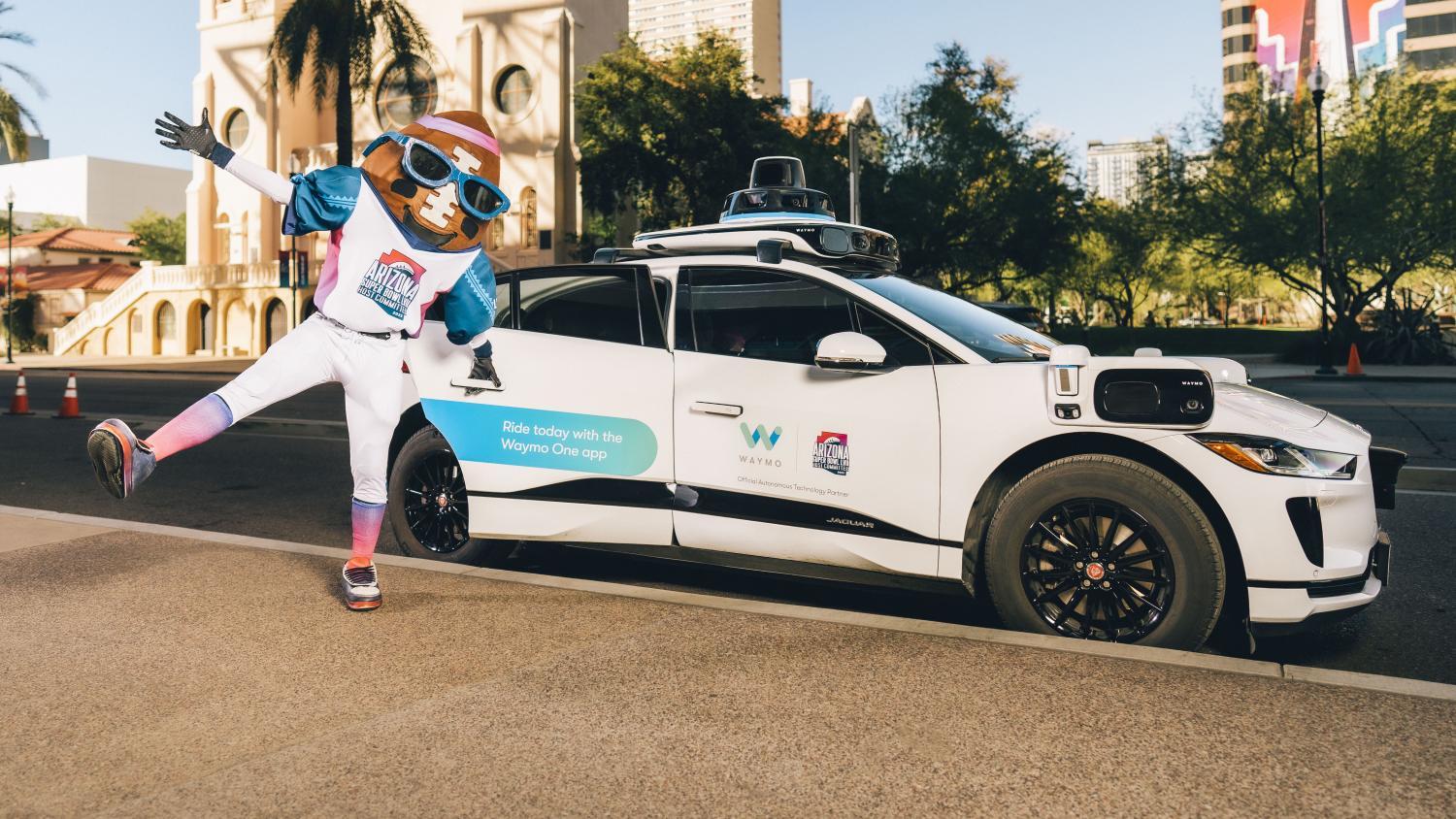 Claire Natale
The Arizona Super Bowl Host Committee is partnering with Waymo One.

The Arizona Super Bowl Host Committee is partnering with Waymo One.

It’s available at Sky Harbor International Airport as well as at several stops in the downtown corridor, where numerous Super Bowl events will take place in February.

Kerry Brennan with Waymo says safety is the No. 1 priority.

Waymo’s driverless system expanded into downtown Phoenix in November. Brennan says there have been thousands of downloads of the app since, but she could not provide ridership numbers.

Waymo is not available for the Super Bowl itself, which is located out of its limited service area.

EDITOR'S NOTE: The story has been updated to correct which services Waymo One is providing.