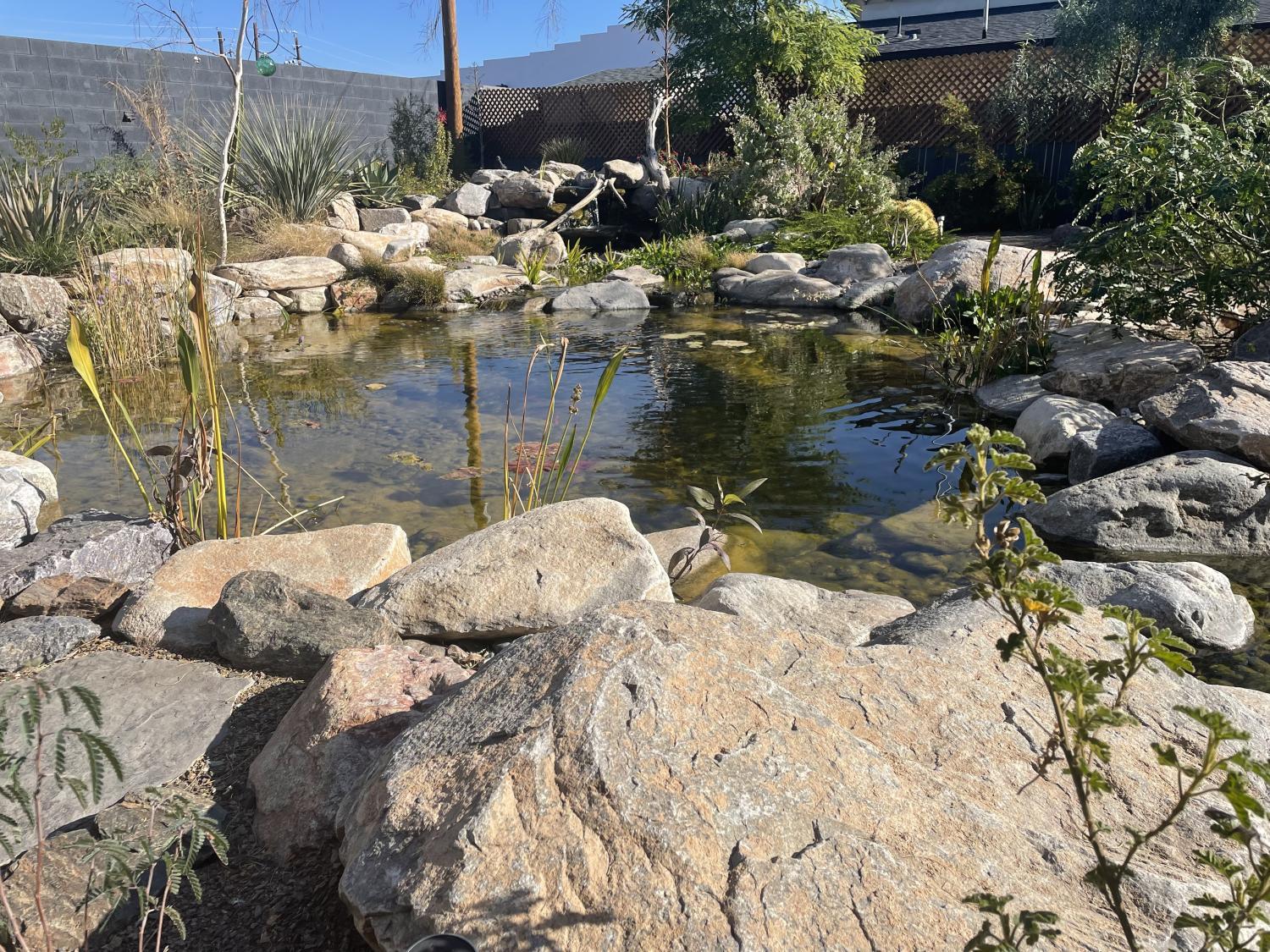 Lauren Gilger/KJZZ
The pond in Michael Lanier’s backyard isn’t just for looks. It has fish, and you can wade in it.

As our region faces a long term drought, a lot of Phoenix residents are doing what they can to help out, including rethinking their yards.

Xeriscaping has been a thing for a while now, but Michael Lanier is taking that concept to a whole new level. 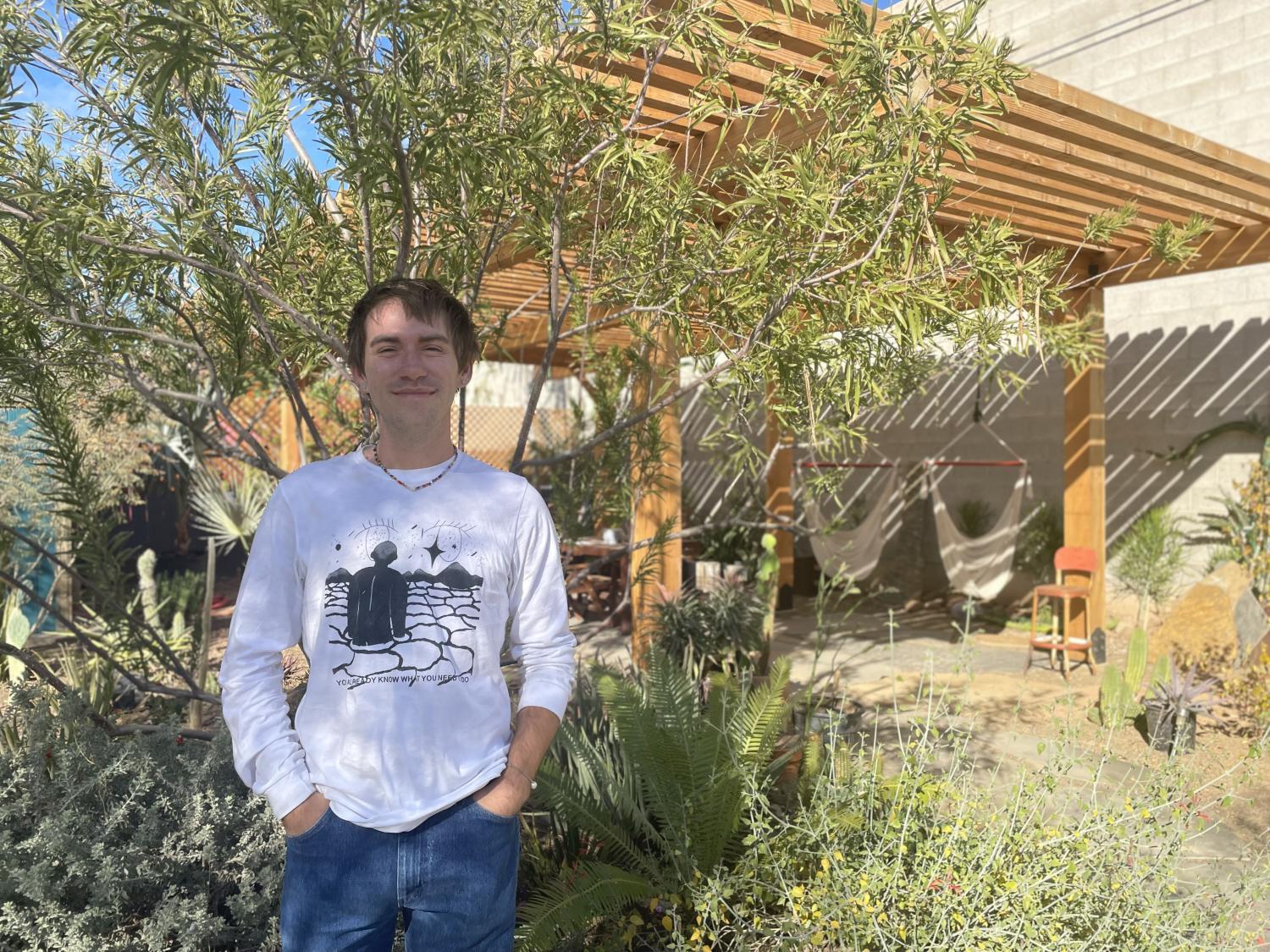 Lauren Gilger/KJZZ
Michael Lanier is the owner of Pueblo, a plant store on Grand Avenue in Phoenix.

Lanier is the owner of Pueblo, a plant store on Grand Avenue in downtown Phoenix that’s known for its well-informed staff and hip aesthetic.

Just down the street from the shop, Lanier's backyard is full of life. From an array of birds to a species of frog or two, Lanier and his partner have made their yard an urban oasis that harkens back to the way this desert looked before anyone lived here. 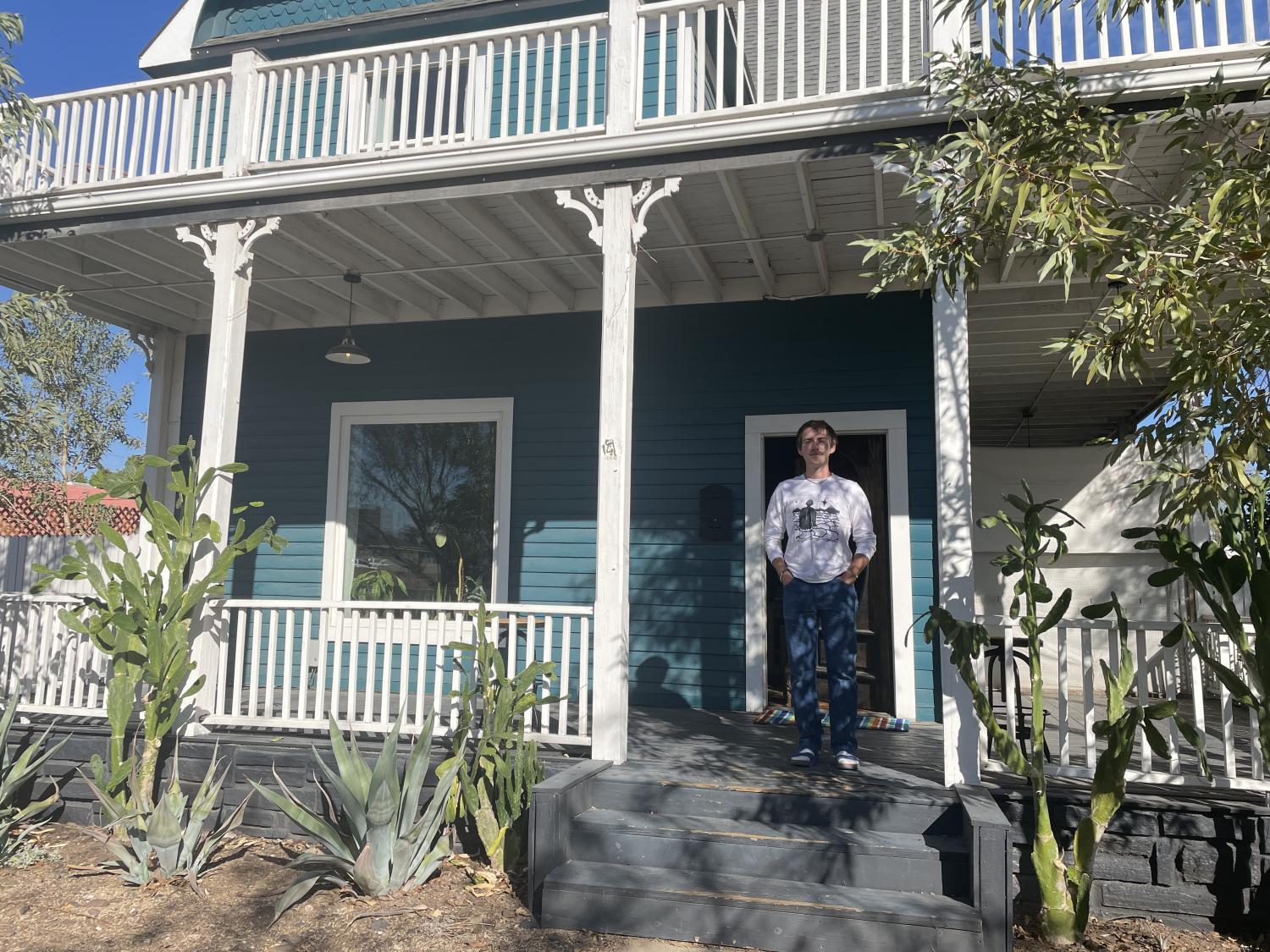