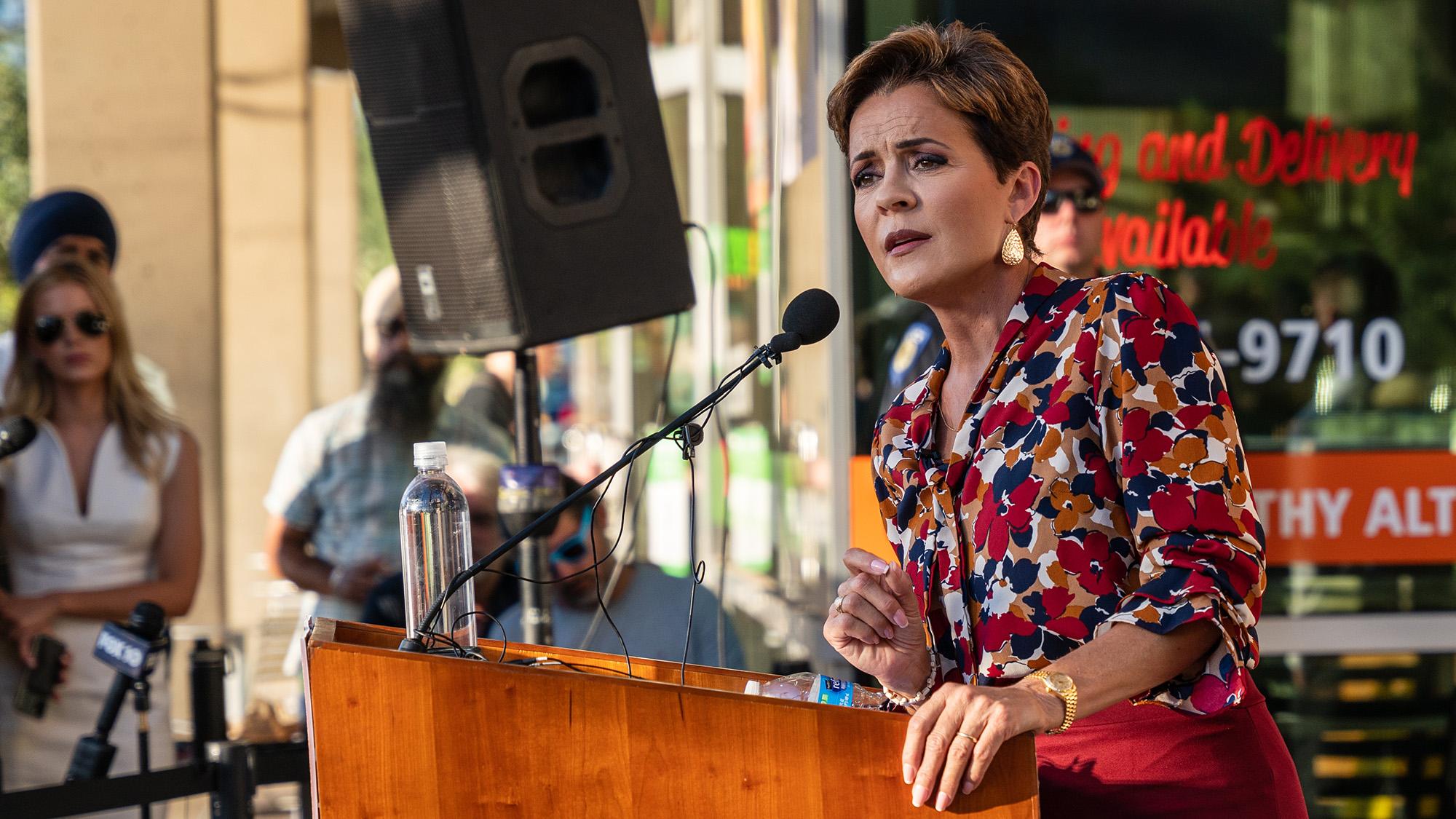 Jack Wu/Cronkite News
Kari Lake speaks outside the Walter Cronkite School of Journalism and Mass Communication in Phoenix on Oct. 12, 2022.

And Lake’s setback in the courtroom could be a costly one.

Lake’s legal argument was based on claims that Maricopa County election workers purposely manipulated ballot equipment to alter an election that she otherwise would have won.

But a judge instructed her legal team ahead of last week’s trial that they would have to show evidence to prove those claims – and they were not able to do so.

Now, attorneys who defended Maricopa County and Secretary of State Katie Hobbs — the Democrat who defeated Lake in the governor’s race — want reimbursement to cover the cost of defending the case.

They say Lake’s team knew they didn’t have any evidence, and that they proceeded with the case only to plant baseless seeds of doubt about the integrity of the election.

Ryan is an expert in election law and has been monitoring the case. He says Arizona allows defendants to recoup costs from frivolous legal actions.

“When somebody is just filing basically a ‘let’s throw it against the wall and see what sticks’ kind of a complaint, which is pretty much what happened here,” Ryan said.

Hobbs will be sworn in as governor on Jan. 5.