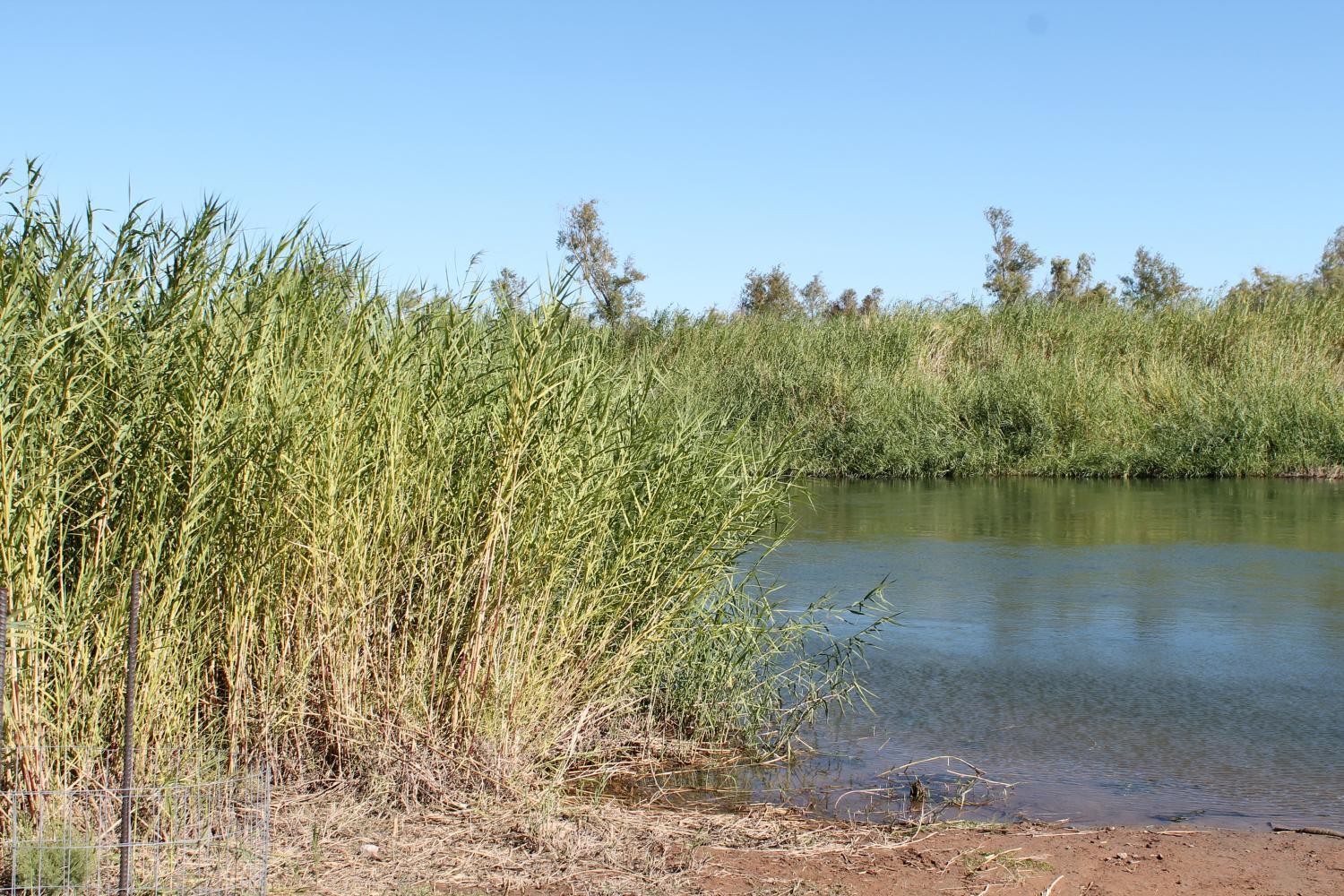 Al Macias/KJZZ
This small stretch of the Colorado river winds through part of the Cocopah Reservation near Yuma. The Cocopah Tribe has begun trying to return a sliver of that landscape to what it once was.

The Colorado River runs more than 1,400 miles starting as a trickle of snowmelt in northern Colorado. It becomes a roaring torrent as it cuts through canyons and five Western states. Now after more than a century of dam building and development along the river, it ends as a trickle again at the Arizona-Mexico border. The river was once the lifeblood of the Cocopah, or River People. The Cocopah Tribe has begun trying to return a sliver of that landscape to what it once was.

On this day you hear the wind blowing and the traffic from Interstate 8 as cars and trucks cross the Arizona-California border less than a mile away. The Colorado River, or what’s left of it, meanders south to Mexico with hardly any sound.

This small stretch of the river winds through part of the Cocopah Reservation near Yuma. It’s the last tribal land the river touches before it flows into Mexico. For hundreds of years, the river provided food and other resources to the Cocopah and other river tribes.

In the 19th century, the river was hundreds of yards across and steamboats ran up and down the river ferrying supplies. Now the river is a few feet across. 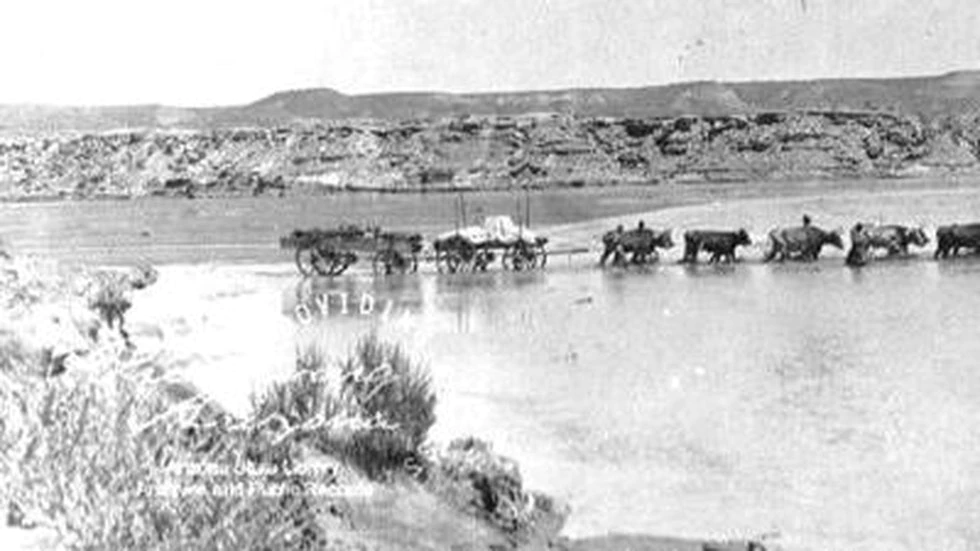 Arizona State Library
Supplies are ferried across the Colorado River in Yuma around 1900.

But major change began to take shape in the early 1900s, when the first dam was added. More than a century later, development and an extensive system of 15 dams has changed the river and the people who depended on it.

Here on the Cocopah reservation, the landscape changed as well with invasive plant species choking out native cottonwoods, mesquites and other trees.

Back in June as this, heavy equipment began ripping out seven acres of invasive plants called phragmites. 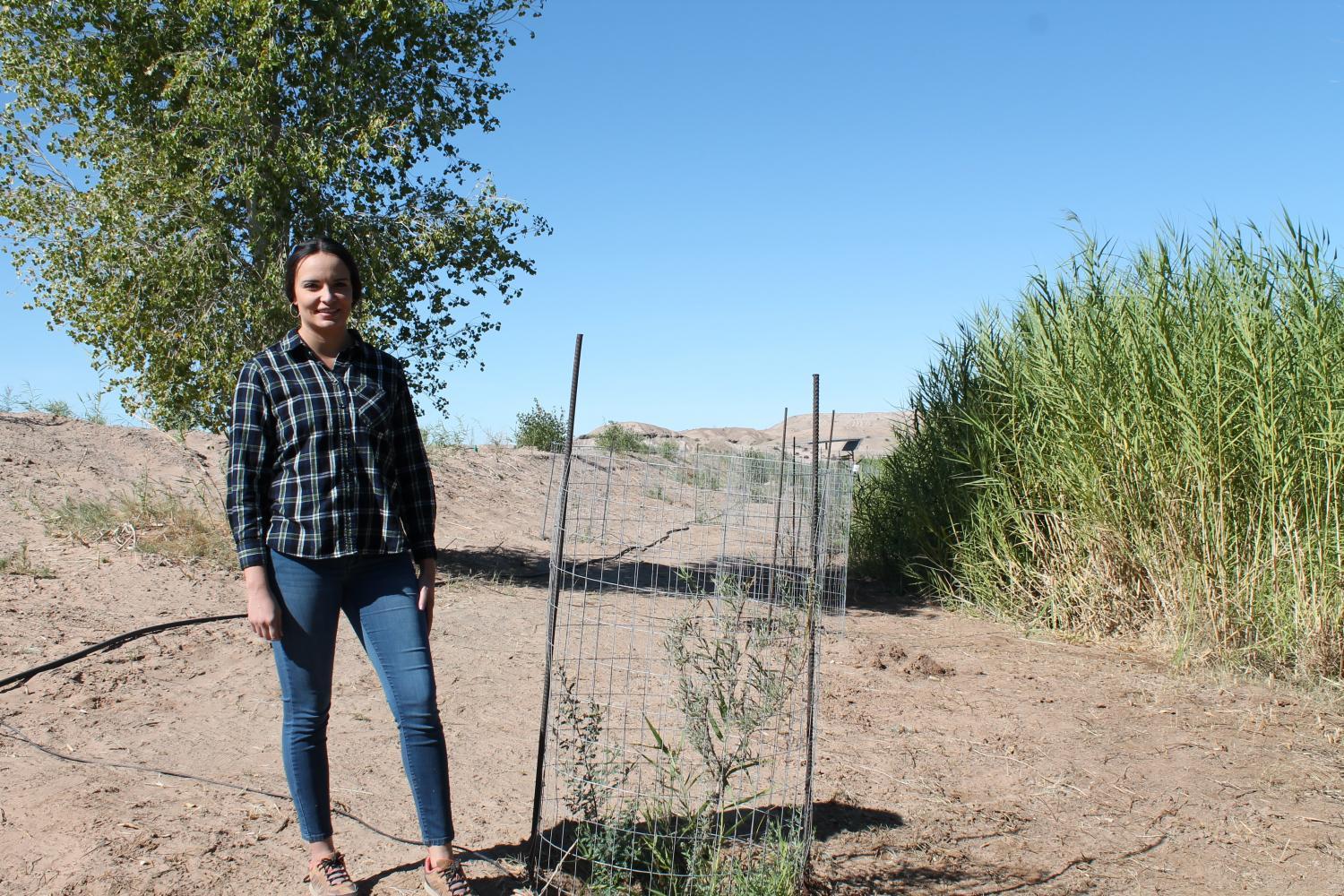 Jen Alspach is the director of the Cocopah Environmental Protection Office.

"The goal of this project was to bring back those native plants and create a very special place where they can gather and you know reconnect with the river," Alspach said.

After the seven acres were cleared, a thousand cottonwoods, willows and mesquites were planted.

"They outcompete native species and they are not only environmentally important but culturally important to a lot of tribes especially for the Cocopah tribe," Alspach said.

Along with the plants 4,000 feet of irrigation and drip lines were installed. 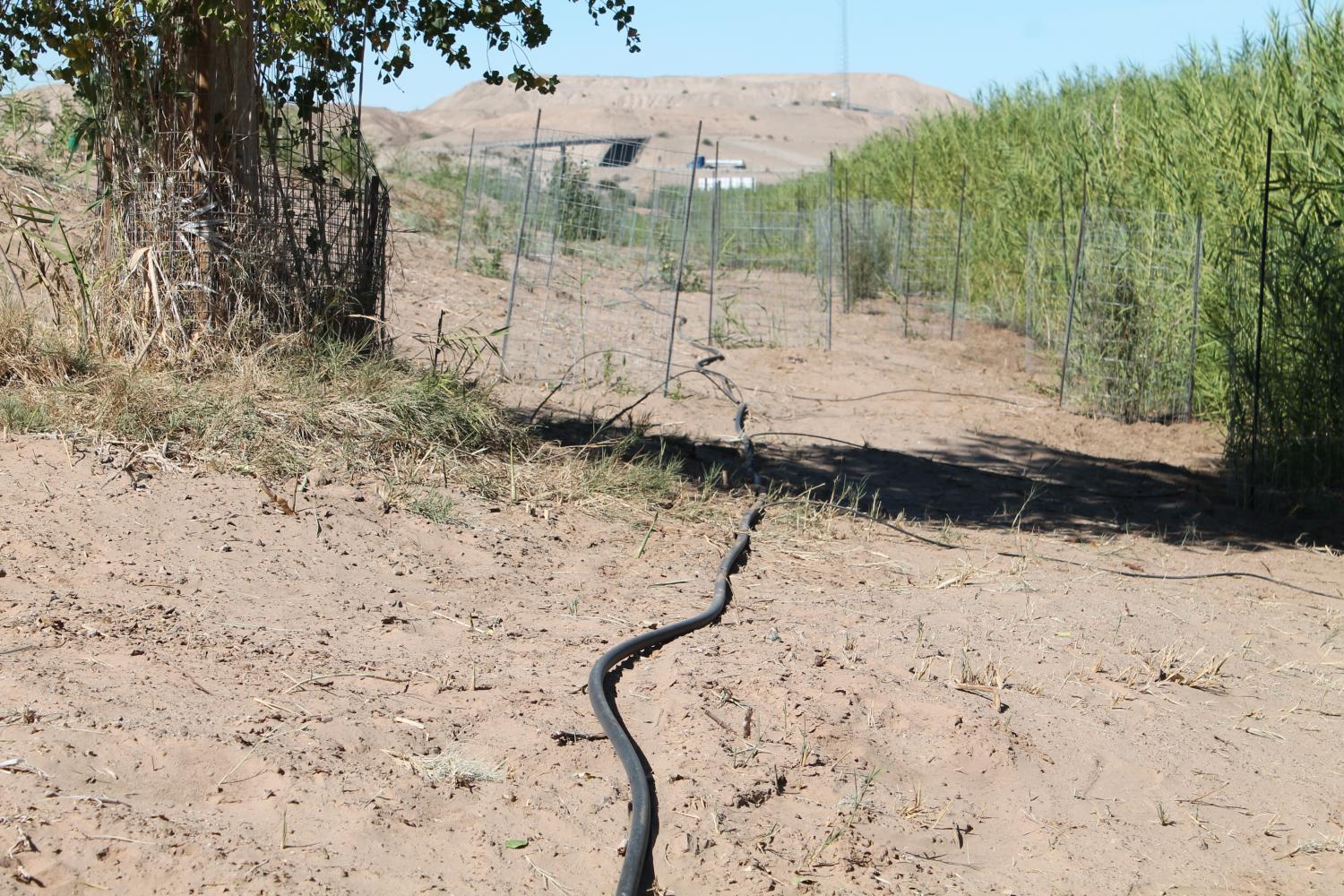 Al Macias/KJZZ
Along with the plants, 4,000 feet of irrigation and drip lines were installed. Interstate 8 can be seen in the background.

Joe Rodriguez is director of the Cocopah museum and cultural programs. He says returning this part of the land to what it once was is important to the tribe’s cultural preservation efforts.

"For the past 50 years things have changed, the terrain, the area around us, the flow of the river, it’s all changed dramatically. We want to make sure we still have this, we don’t to see it disappear and become extinct to us," Rodriguez said. 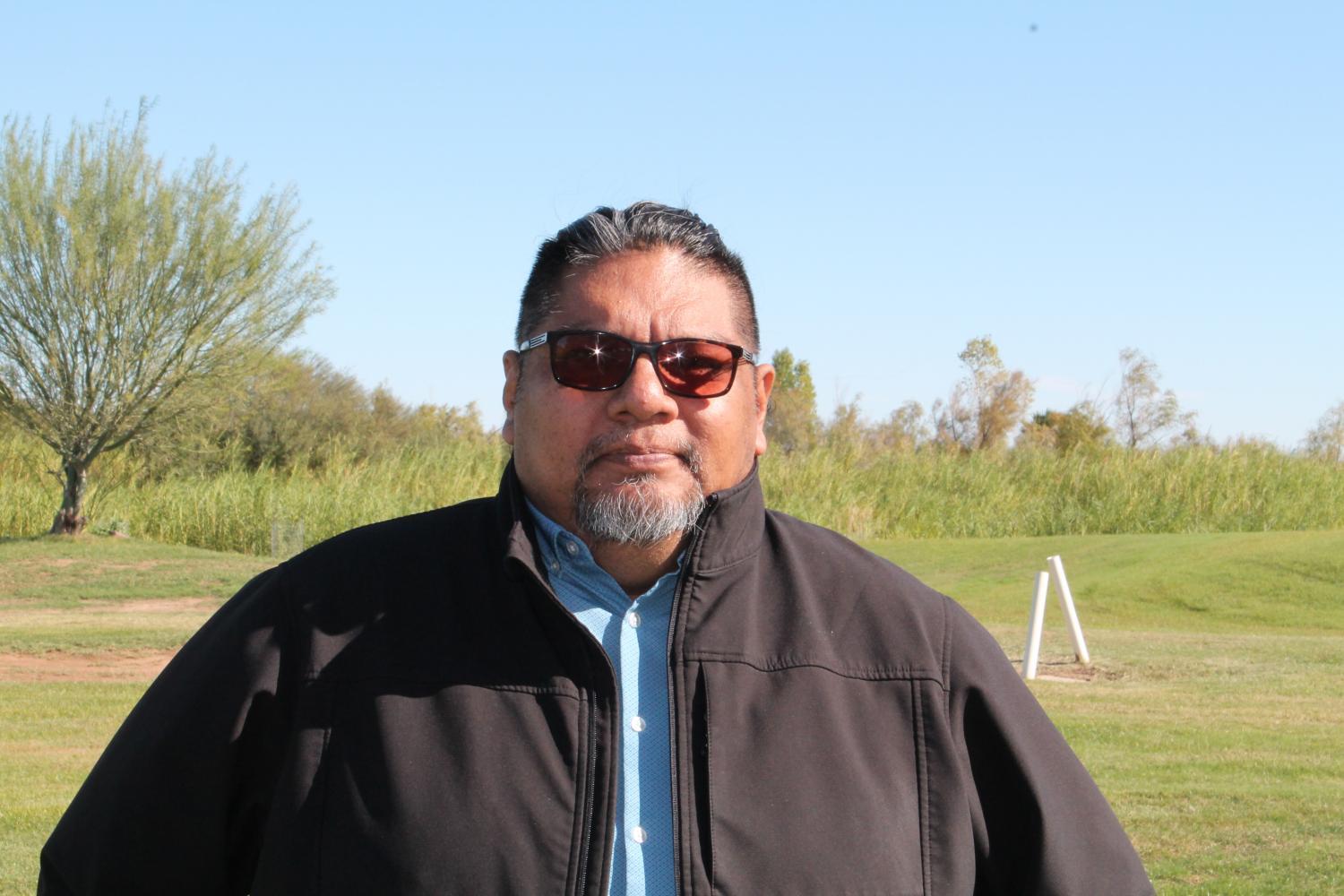 For the Cocopah, as with many Native American tribes, extinction was a real threat. It’s estimated when the first Spanish explorers encountered the Cocopah in the 16th century there were 30,000 Cocopah.

Within a hundred years, that number had dwindled to a several thousand due to exposure to diseases and infections that indigenous people had no immunities for. At one point, the number of Cocopah tribal members was down to about 500.

Rodriguez says tribal members used to be able to roam the river all the way to Pacific Ocean but that way of life has been lost forever.

"We’re not able to move around freely we’d have to have permits," Rodriguez said.

The rehabilitation on the Cocopah reservation is part of a larger effort including another tribe on the river and the city of Yuma. Jesus Melendrez is with the Yuma Crossing National Heritage Area. It is a partnership that includes, state, federal and tribal organizations. As a result of the coordinated efforts 400 acres of wetlands have been restored and 200,000 trees and grasses have been planted.

"All these places exist ... the Cocopah tribe, the Quechan tribe, the city of Yuma exist because of the river. We wanted to be part of the effort to bring the river back to those communities," Melendrez said. 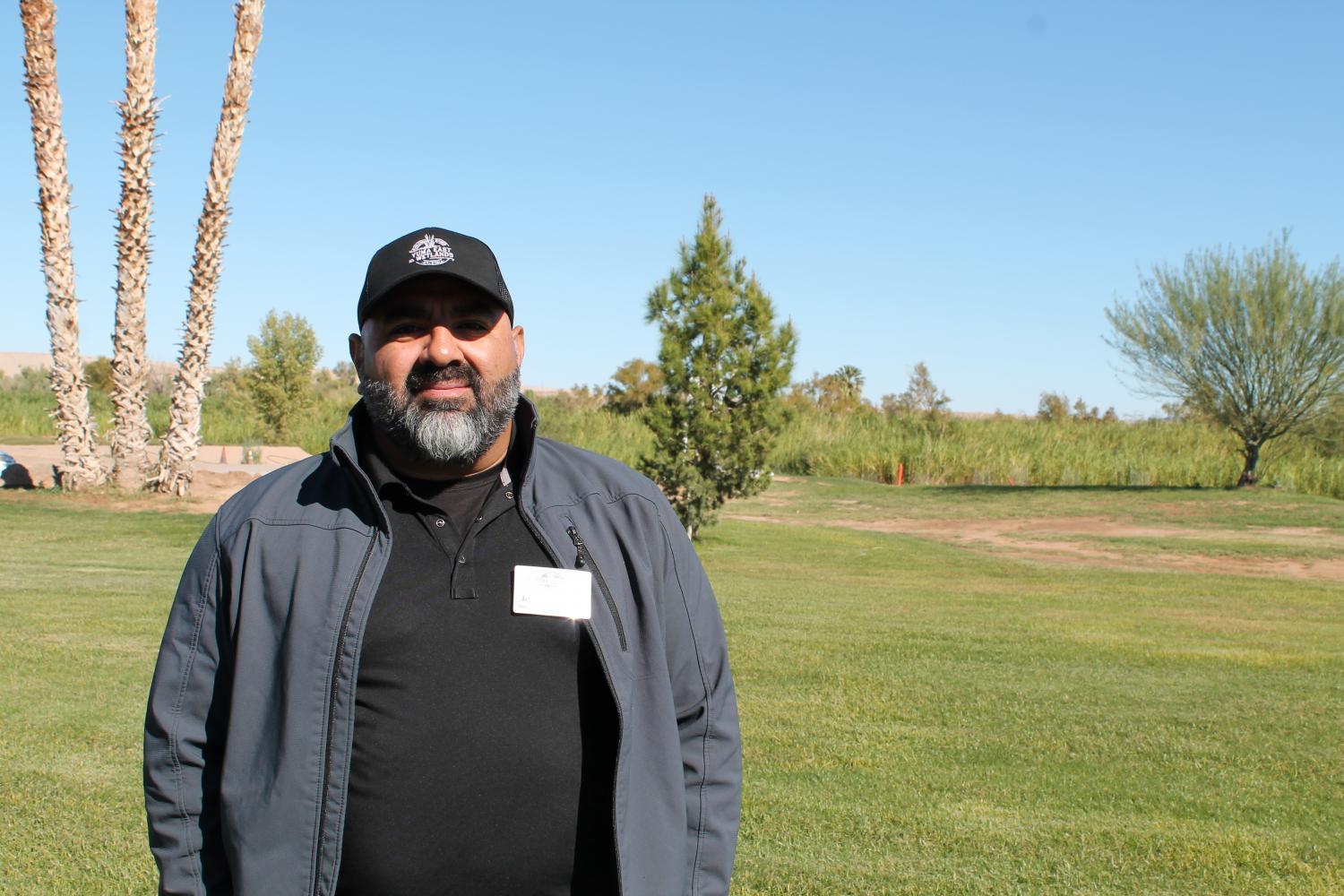 Melendrez and his team have been working with the Cocopah staff planning for the next phase.

"Installing the hiking trail hiking trail once we get the trailhead more plants that will be put in and that will help keep the invasive species from repopulating in the area," Melendrez said.

Work on the one-mile trail should begin next month according to Alspach. She says longer term plans include removing more of the invasive species along the river. She says the drought affecting the Colorado River system can be felt at the end of the river

"The way that I think of it is that is more reason to treasure what we do have left, the land the water that we have left and be working on projects like this," Alspach said.

The Colorado and the River people have a long history together, the Cocopah are doing what they can to keep their part of the story alive.