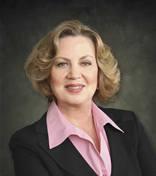 (Photo via azcc.gov)
Susan Bitter Smith resigned from the Arizona Corporation Commission amid accusations of conflict of interest.

Tom Ryan, who is known for pursuing high-profile cases against local politicians, stated in the ‘litigation hold’ letters he has evidence that may prove Bitter Smith violated a commissioner-specific conflict of interest-type law. He said he is preparing to file a complaint with Attorney General Mark Brnovich calling for Bitter Smith's removal from office.

“I am in possession of evidence which shows that you have official relations with and are pecuniarily interested in the telecommunications industry in Arizona,” Ryan wrote. “Further, this evidence tends to show that you have had such relations and interests while you were a candidate for the office of commissioner.  If true, this would mean that your conduct is in violation of (Arizona Revised Statute) 40-101 … and could face removal from office.”

Ryan’s letters were delivered a day after KJZZ raised questions about possible conflicts of interest pertaining to Bitter Smith, a Republican and chair of the commission, and her ties with the cable and telecommunications industries. Ryan had previously told KJZZ he was considering filing a complaint with the Attorney General.

Questions stem from the fact that Bitter Smith is a registered lobbyist for Cox Communications and executive director of Southwest Cable Communications Association, a cable industry-trade group based in Phoenix.

Cable companies such as Cox and Suddenlink Communications are members and have employees who sit on the trade group’s board of directors, which approves Bitter Smith’s $150,000-plus annual salary, according to the association’s tax records.

Cox and Suddenlink’s telephone services are regulated by the Corporation Commission, and Bitter Smith has sometimes recused, while other times participated in voting on matters such as tariff increases and removing bond requirements for those same companies.

“I think she was just whistling past the grave yard and hoping that nobody would notice,” Ryan said. “It is incredible that this has gone on and nobody has ever called her on it before.”

Bitter Smith and Jodi Jerich, executive director of the commission, did not immediately respond to requests for comment regarding Ryan’s letters.

Bitter Smith had previously told KJZZ that she has no conflicts because she is paid to lobby and doesn't lobby for Cox directly. Additionally, she explained that she only works with the cable side of her trade group members, which she said is completely separate from the telephone side of the businesses.

“The video side of Cox is a member of the cable association. The telephone side is not. There’s no nexus there,” she previously told KJZZ. “Their budgets are set in separate divisions and corporate entities. They are separate financially. They have to be because that’s how they’re taxed, that’s how they’re filing their financial reports.”