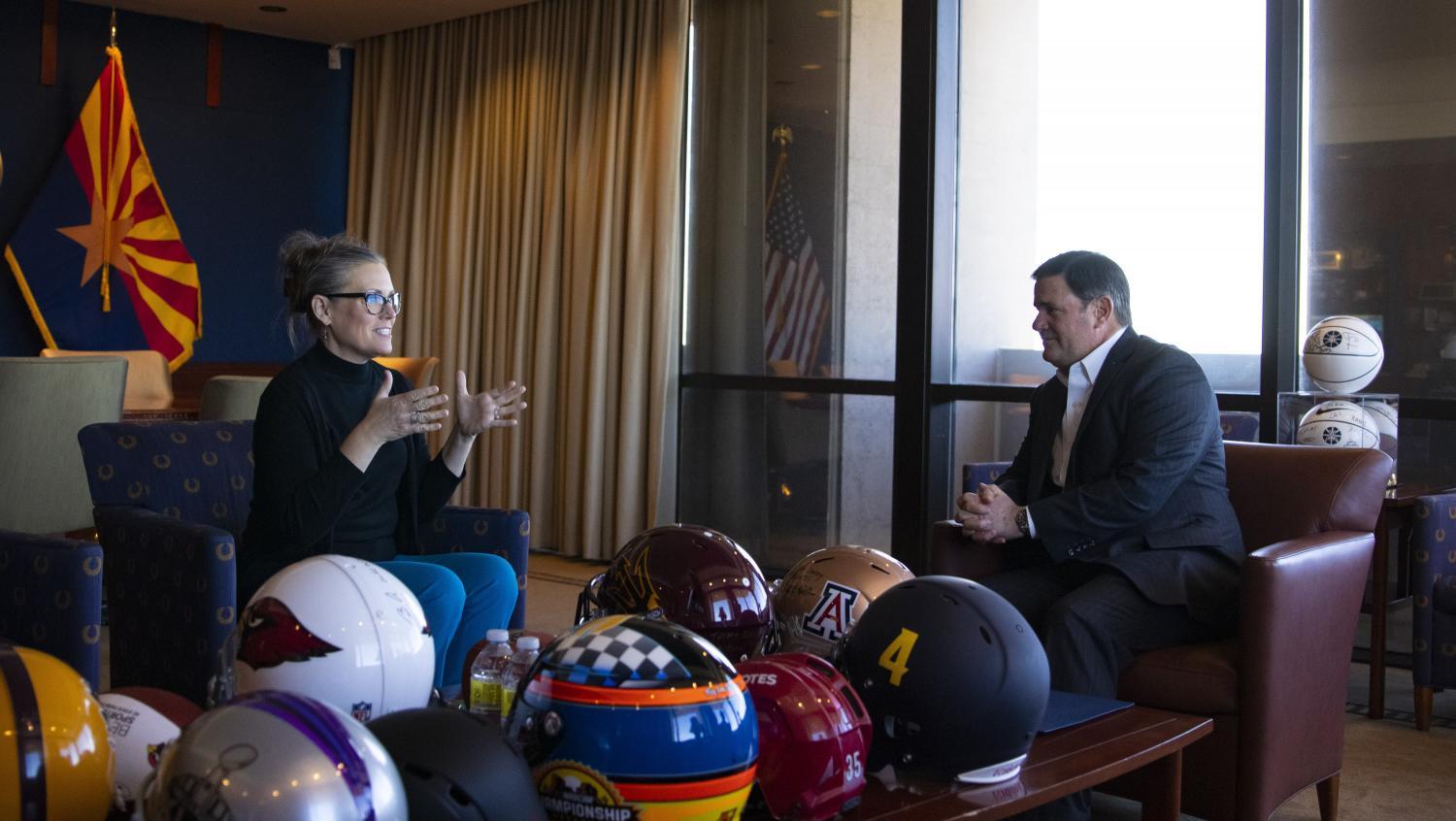 Ducey met with Hobbs in his office more than a week after her victory became clear and days after the last ballots were counted. However, defeated Republican Kari Lake has not conceded and has worked since the election to draw attention to voters who say they were affected by a problem with ballot printers at some polling places in Maricopa County.

“All of us have waited patiently for the democratic process to play out,” Ducey said in a statement. “The people of Arizona have spoken, their votes have been counted and we respect their decision.”

Ducey called to congratulate Hobbs the day after the Associated Press and other news outlets called the race, but he had not made a public statement about the outcome before Wednesday.

Ducey was co-chairman of the Republican Governors Association, which spent more than $10 million on television ads attacking Hobbs, but he was not an enthusiastic supporter of Lake. He endorsed her rival in the GOP primary and, though he endorsed the entire GOP ticket for the general election, he did not campaign with Lake.

Hobbs, currently secretary of state, has formed a transition team that is vetting potential staff and preparing for her to become the first Democrat to hold the state's top office since Janet Napolitano stepped down to be U.S. Homeland Security secretary after the 2008 election.

The Ducey-Hobbs meeting came a day after the Republican National Committee and the GOP candidate for Arizona attorney general, Abraham Hamadeh, filed an election challenge in his race, which is slated for an automatic recount with Hamadeh trailing by 510 votes.

That challenge, filed in Maricopa County Superior Court, alleges a variety of problems affected the outcome of the extremely tight race. It says some ballots were counted that should not have been while others were rejected when they should have been counted. It alleges election workers made mistakes in duplicating ballots that could not be read by electronic tabulators and in determining the intent of voters when ballots were ambiguous.

The suit also claims some voters in Maricopa County were denied an opportunity to vote because of a widely publicized problem at some vote centers where printers produced ballots with markings that were too light to be read by on-site tabulators. Some voters experiencing problems left without voting and didn't check out with poll workers, so they were unable to vote elsewhere because the county's computer system shows them as voting.

The suit says Hamadeh and the RNC are not “alleging any fraud, manipulation or other intentional wrongdoing that would impugn the outcomes of the November 8, 2022 general election.”

“The voters of Arizona demand answers and deserve transparency about the gross incompetence and mismanagement of the General Election by certain election officials,” Hamadeh said in a statement.

“Abe Hamadeh's complaint is devoid of actual facts,” Barr said in a statement. “It does not plausibly allege that mistakes in the administration of the election actually occurred, and if they did occur, that they would have made any difference in the result.”

Maricopa County officials have acknowledged that some voters were inconvenienced by issues with printers, which were resolved in the early afternoon of Election Day. Board of Supervisors Chairman Bill Gates has said the problems were made worse by prominent Republicans who led their supporters to fear ballots would not be counted.