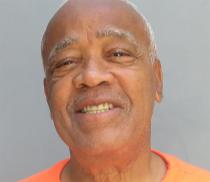 The Maricopa County Superior Court convicted Hooper in 1982 for his role in the 1980 New Year’s Eve murders of William Patrick Redmond and Helen Genevieve Phelps.

Redmond; his wife, Marilyn Redmond; and Phelps were setting up a small party for the new year at their home in Phoenix when two men — one being Hooper — raided the house. Marilyn Redmond was also shot, but survived and was later able to identify Hooper as the one who shot her.

Hooper is the third person this year to be executed in Arizona.