The best of modern Romanian film is now showing in Arizona 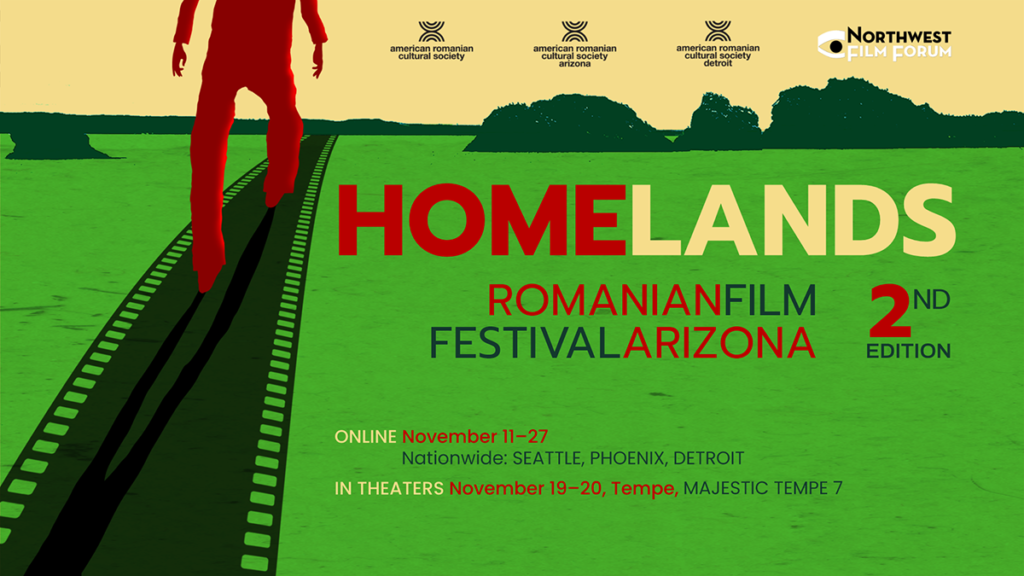 Romanian Film Festival
There are three Romanian films being screened Nov. 19-20 at Majestic 7 Tempe. The rest of the films are streaming online through Nov. 27.

Film buffs in the Valley have an opportunity to explore cinema from a small Eastern European country both in a theater this weekend and online as the second annual Romanian Film Festival Arizona is now showing in the Phoenix area.

Movies have been streaming online for several days, but three are in-person offerings at Majestic Tempe 7.

The festival in Arizona is an offshoot of the parent effort that’s been running in Seattle for nearly a decade as part of the American Romanian Cultural Society’s outreach to expose audiences to film from a country not often thought of when it comes to award-winning cinema.

Marie-Louise Paulesc runs the nonprofit arm of the society in Arizona. “There is a significant Romanian diaspora here, and I just want to show what Romanian culture has to bring to the table of this wonderful, multicultural area,” she said.

Paulesc has been living in the Valley for 17 years and joked on social media in October on her anniversary that she’s a teenager in the U.S.

Paulesc was part of the team who chose the films based on several criteria. “The vision has always been for us as well here in Arizona to bring the best of the most recent Romanian films. That was definitely one criterion that we used,” she said.

One of those films featured in person is “Metronom.”

In this and most films, the dialogue is spoken in Romanian, but English subtitles are utilized. The movie centers on Ana, a 17-year-old who dreams of love and freedom. One night while partying with her friends, they decide to send a letter to Metronom, the musical program Radio Free Europe broadcasts clandestinely in Romania. It’s based on the true story of how former Romanian communist politician and dictator Nicolae Ceaușescu used his secret police to terrorize people until his ouster and execution in 1989.

Paulesc said that film and another movie have received international critical acclaim. “‘Metronom,’ on Nov. 19, is one of the movies that was awarded at Cannes for directing. The second one, [‘The Island,’ streaming online,] has been nominated as best feature film at Annecy International Animated Film Festival, which is one of the biggest animation film festivals in the world.”

For viewers who may not be the biggest fans of subtitles because they might not feel like they want to “read” a movie, retired Valley attorney James Ryan thinks audiences may be surprised at how familiar Romanian is to the English-speaking ear.

“It is generally an easier language for Americans to learn, if you speak English. It isn’t hard,” he said.

Ryan began his love of Romanian shortly after scoring high on a language aptitude test when he entered the Army in 1971.

“I was called aside from my basic training company, and two Army officers offered me the chance to go study a foreign language in Monterey, California, instead of going to Vietnam back in those days. I looked at this list of languages and they said, ‘You take your pick.’ I knew Romanian was a romance language. I thought, ‘Let me try that. I’ll take Romanian,’” he said.

Ryan drew similarities between Romanian and Latin, French and Spanish as recognizable to speakers of those languages as well.

Monica Filimon is an associate professor of English at Kingsborough Community College — part of CUNY in Brooklyn, New York. Her role for the festival is as a movie critic. In the past, she conducted the Q&A portion of the film series but stepped aside during the pandemic.

She’s excited about a number of the films including “Immaculat,” a virtual offering, which is also an Oscar entry.

“This film deals with a very current reality, more and more so probably in Romania. It focuses on a teenager who goes to rehab. It starts in the style of the New Romanian Cinema with a very realistic first shot of her being interviewed and then the film changes pace and tone throughout,” she said.

Unlike the style of film made by her contemporaries that grew up in the 1960s and ’70s, Filimon said the story of “Immaculat” doesn’t unfold in the reality we perceive every day.

“It changes pace and at some point you don’t really know what is real and what is not real. I think that’s a very good approach for new directors — changing the paradigm in some way,” she said.

In a different way, the second-annual Romanian Film Festival is changing the paradigm of cultural opportunities to explore in Arizona as it becomes more diverse.

For college students, there are 30 free tickets available for each screening, and they can be picked up at the door before each show on a first-come, first-served basis.