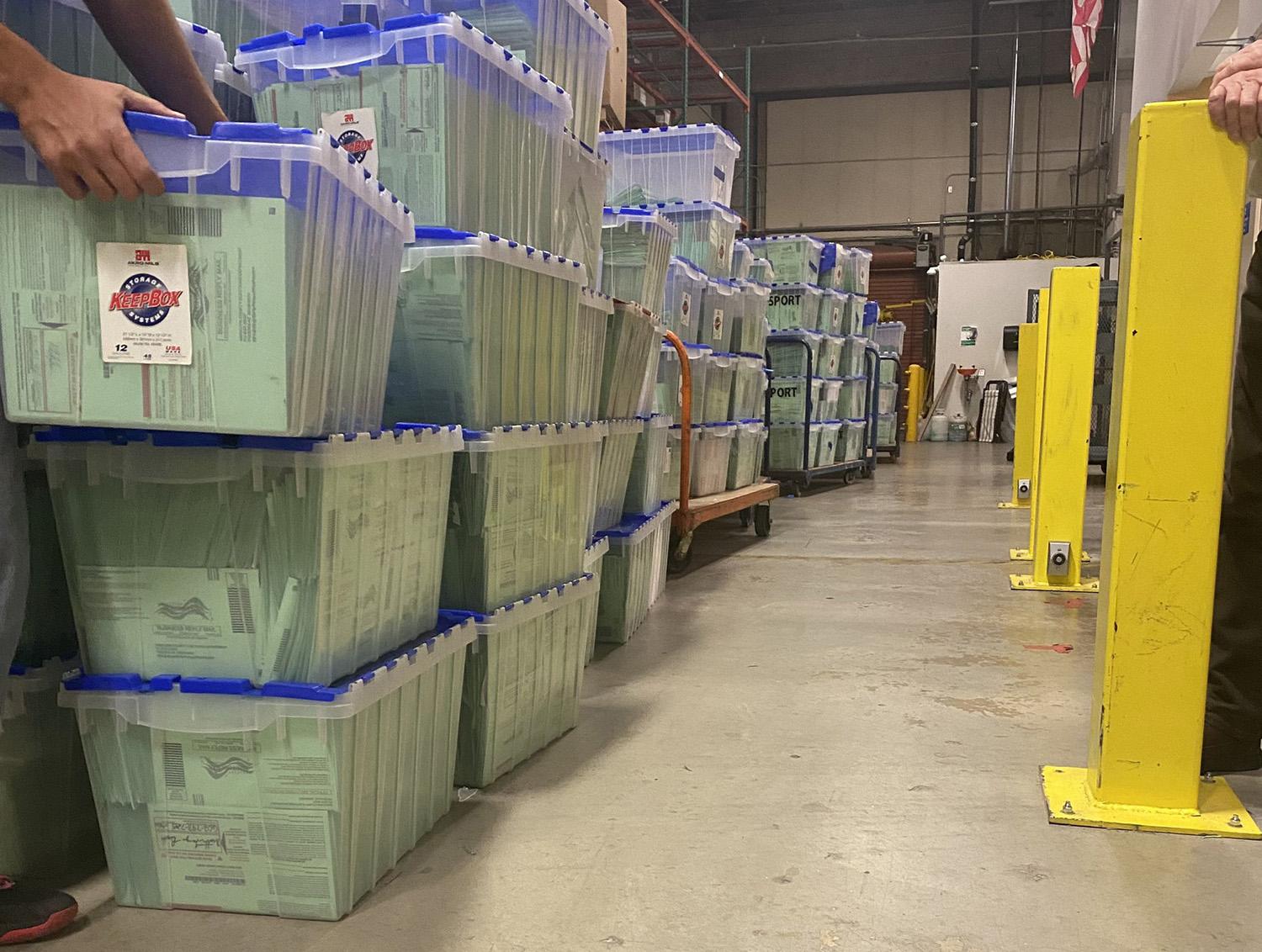 Maricopa County Board of Supervisors Chairman Bill Gates responded to several questions about critics who say the count is taking too long.

"I don't think I've heard one state legislator criticize Maricopa County for the pace of this because they passed the law." Gates said. "They know they put it in place."

Gates said the county is simply following that law. He was pressed about why someone like Republican gubernatorial candidate, Kari Lake would say otherwise.

"I am going to stand up for my state, maybe not everyone here is, but I am," Gates said. "We're not doing anything wrong at all and that someone from here would suggest that we are doing something wrong, that's frustrating." 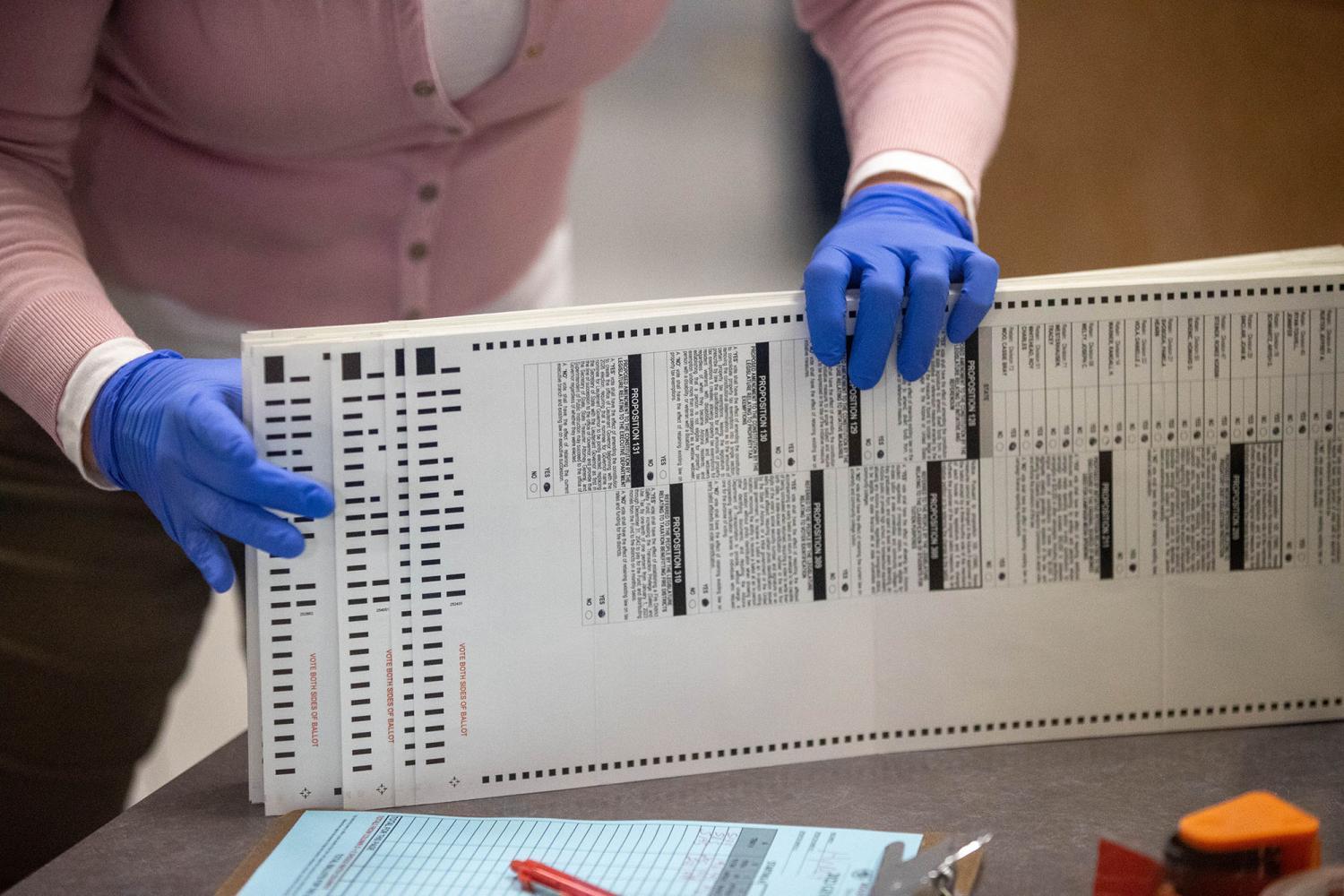 Drake Presto/Cronkite News
After running through a vote-counting machine, an election worker gathers ballots at the Maricopa County Tabulation and Election Center on Nov. 10, 2022.

Gates estimates they’ll reach 95% to 99% of ballots being counted by early next week.

“To see national networks out there and their hosts not being truthful about why it’s taking this period of time, that’s frustrating to these people back here who are doing an incredible job working through Veterans Day weekend,” he said.

“There was a drawing on Wednesday to select the vote centers that are involved in that and there are five vote centers," he said. "Interestingly, they’re all from the West Valley but these were selected randomly.”

The audit doesn’t look at all the races, but will include those for Congress, state representative, Proposition 129 and governor.