Many Arizona races are too close to call. Here's what to expect in the coming days 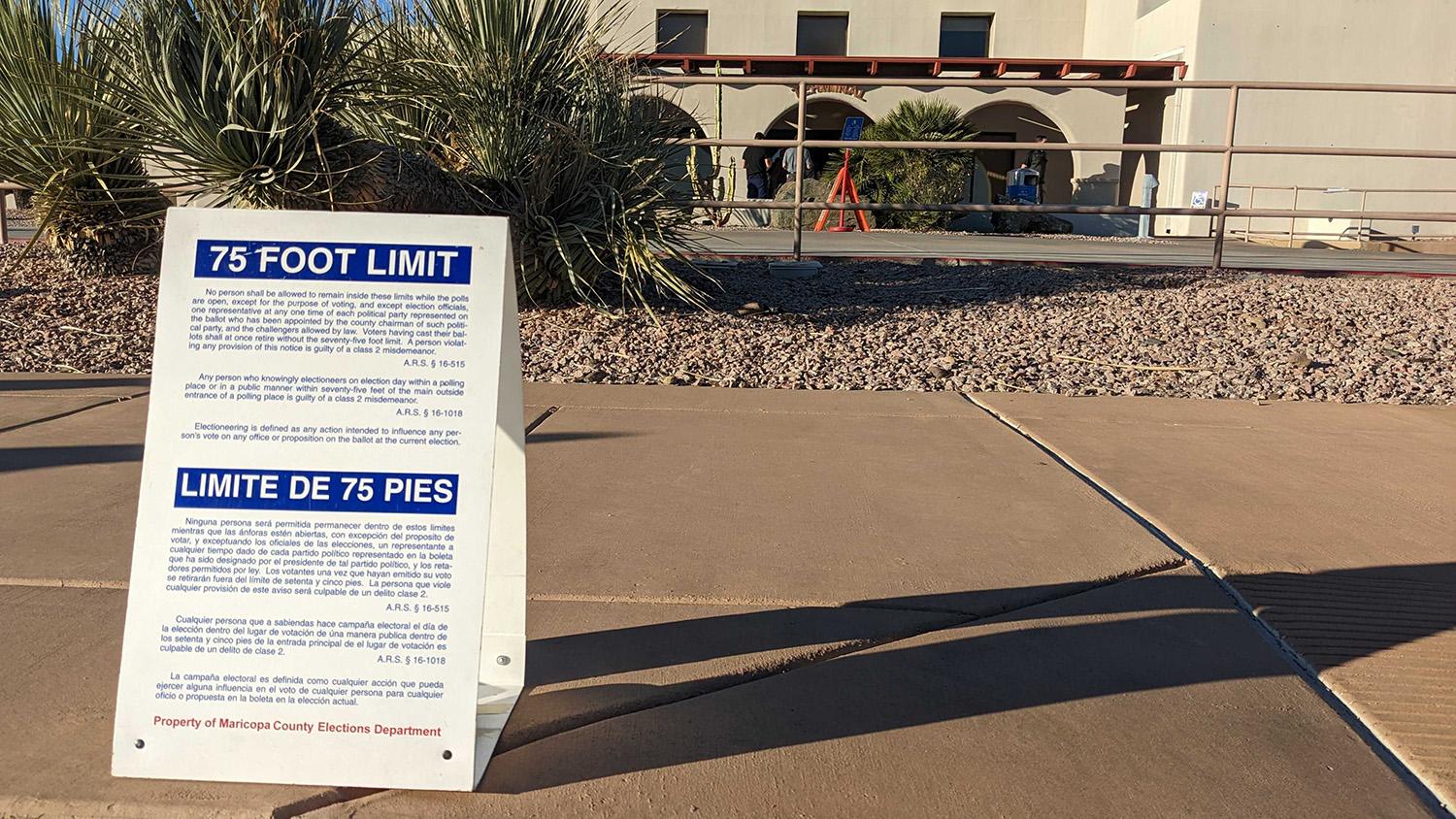 Sky Schaudt/KJZZ
A sign marks the 75-foot mark outside the voter center at Deer Valley Airport in Phoenix on Nov. 8. 2022.

Several high-profile and closely-watched races in Arizona are still too close to call as of Wednesday morning — and ballots are still being counted. And it could be a few days before we know the results of at least some of these contests.

Here's a breakdown of what is known so far.

How many votes are left to count?

Bill Gates, the chairman of the Maricopa County Board of Supervisors, was on CNN Wednesday morning, and he gave a rough estimate just for Maricopa County of about 300,000 outstanding ballots.

Those are early ballots that were turned in over the weekend and on Election Day. Those ballots still need to be processed, signature verified and then tabulated.

Maricopa County officials said last week they should have 95% to 99% of all ballots counted by Friday.

Who do those early votes favor?

We’re not sure yet, and that could be the deciding factor. Historically those have favored Democrats, but Arizonans won’t know for sure until all the votes have been counted.

Democrats were leading in early ballot returns. Do Republicans still seem confident that their candidates will take over as more votes are counted?

There seems to be cautious optimism among Republicans. They weren’t thrilled with some of the sizes of the Democrats early leads last night, but as we’ve seen, some races — like the governor and superintendent of public instruction — have gotten much closer since Tuesday night.