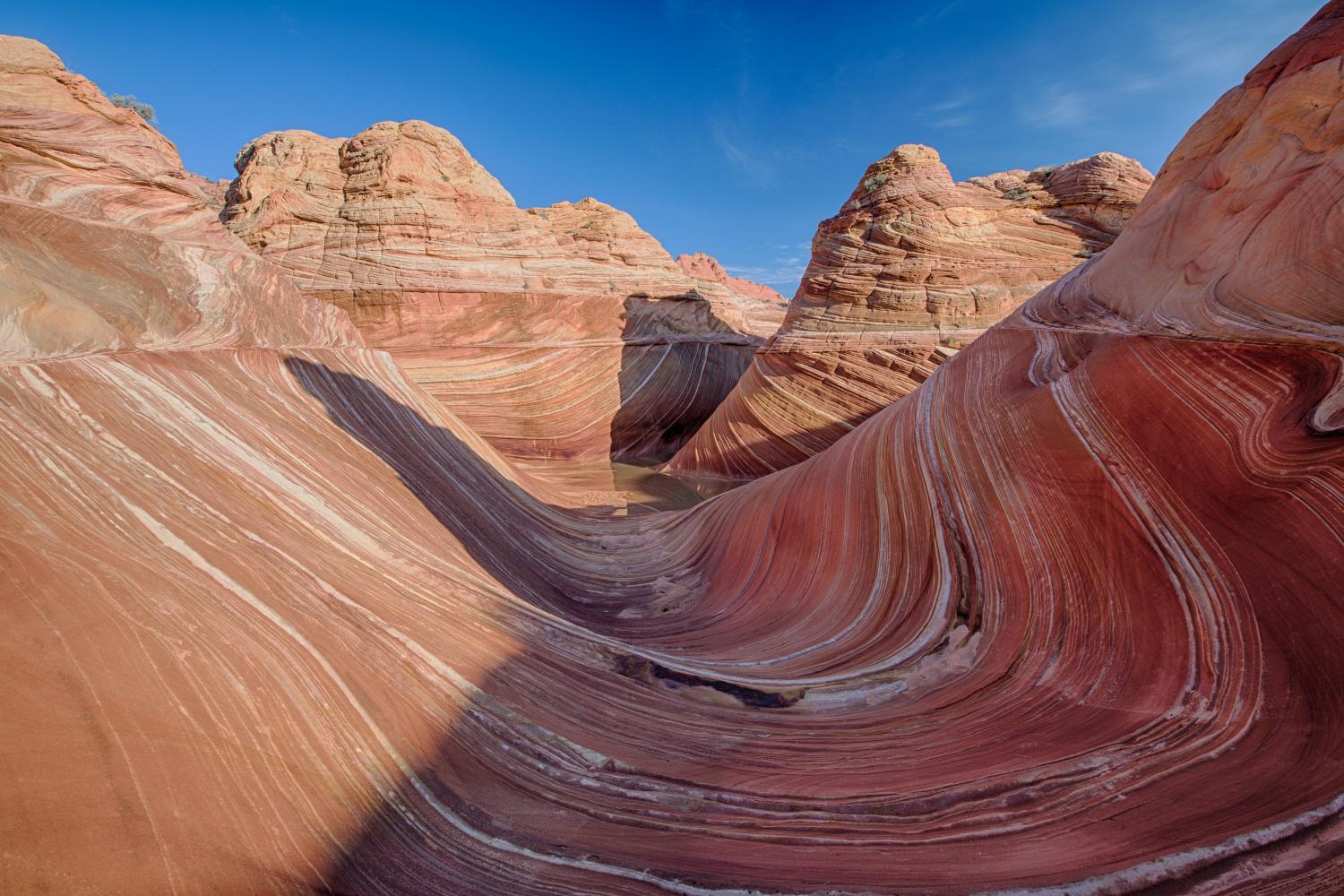 Bureau of Land Management
"The Wave" rock formation is located near Kanab, Utah, close to the Arizona border.

In March, the Bureau of Land Management switched to a reservation app for Coyote Buttes North, which made it easier for hikers to see the Wave, a popular feature near the Utah-Arizona border.

Now the agency has expanded the new system.

You can sign up months in advance for a permit to see the Wave, but for those who don’t get drawn into that lottery, the BLM has another option.

In the old days, that meant getting up early to wait in line, sometimes with hundreds of people.

So the agency switched to a cellphone-based system.

Now you can use the app to get permits for Coyote Buttes South, another popular hiking area.

“This is a system that kind of takes into the, you know, the next century and is much more, I would say tech friendly," said Michael Herder, the BLM's Arizona Strip District manager. "It allows people to apply from their mobile device.”

Because cell service is spotty in the region, the app may only work near local communities such as Page, Kanab, Marble Canyon or Fredonia.